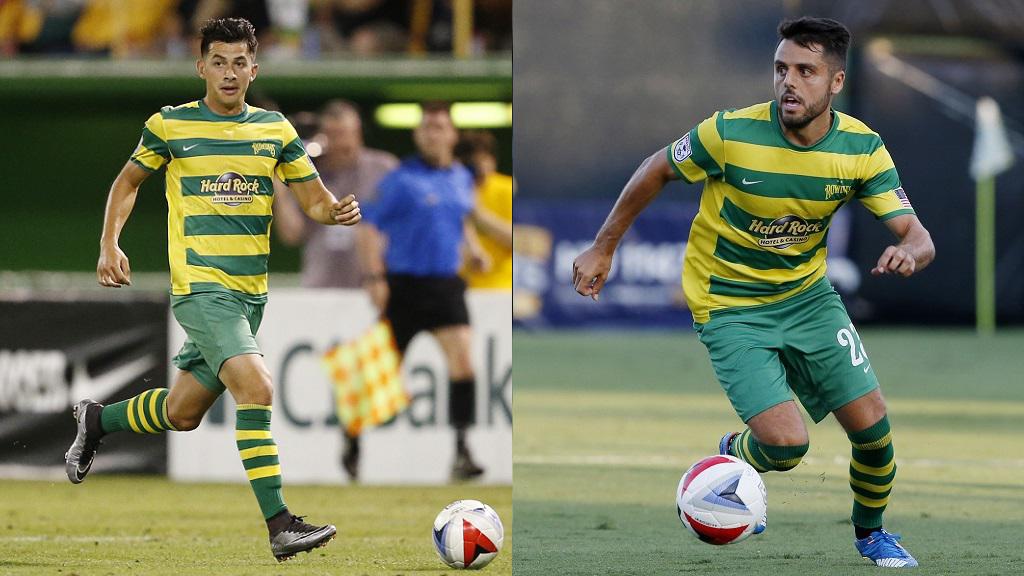 The Tampa Bay Rowdies are bringing back midfielder Michael Nanchoff and defender Zac Portillos ahead of their 2017 USL season. Their signings are pending league and federation approval.

Nanchoff spent a portion of the 2015 USL season with the Portland Timbers 2, tallying two goals and two assists in six appearances.

“As a team, we’re delighted that Michael and Zac have chosen to continue on here in Tampa Bay,” Rowdies Head Coach Stuart Campbell said. “They’re both important players for us. Michael is a versatile player that we expect big things from this year. Zac hasn’t been able to show his full potential in his first two seasons, but we have high hopes for him.”

Nanchoff joined the Rowdies prior to last season and made 21 appearances in his first year with the Rowdies, including 15 starts. He was primarily deployed as a wide midfielder in Tampa Bay’s 4-2-3-1 system, though he also played occasionally as a deep-lying central playmaker.

Nanchoff has experience in Major League Soccer (Vancouver Whitecaps and Portland Timbers) and the USL (T2) as well as a loan spell overseas with Sweden’s Jönköpings Södra in 2013.

Portillos, a left back, will return for his third season with the Rowdies in 2017. Portillos won the spot as the Rowdies’ opening day starter in each of the last two seasons, only to have both cut short by injury. In his two years with the club, he’s been limited to seven appearances, but he’s expected to bounce back stronger in the coming year. He originally joined the Rowdies as a first-time professional in 2015.