League and team executives bring successful 2016 to a close, all eyes now on 2017 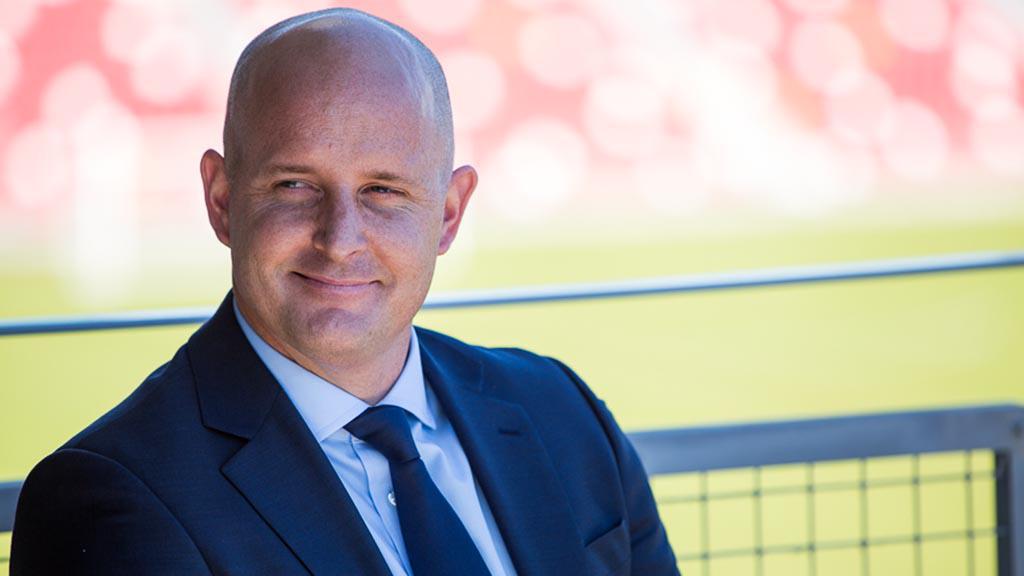 CLEARWATER BEACH, Fla. – The 2016 USL Winter Summit concluded on Friday afternoon, and USL President Jake Edwards was delighted with the work that had been completed at the annual event. With every club in the USL and PDL represented over the course of the week in Clearwater Beach, Fla., the event also gave league executives a chance to highlight the achievements of the past year, and what lay ahead as both leagues move toward the 2017 season.

In particular for Edwards, bringing together the USL’s ownership groups – which included a number of new faces this year – into one venue showcased the current strength of the league.

Among those attending the Summit for the first time were Phoenix Rising FC’s Berke Bakay and Tim Riester, who presented a seminar on marketing on Friday morning, and Orange County Blues FC’s James Keston. As illustrated by Riester’s presentation during the summit, the new additions to the league are not only learning from established USL clubs, but bringing the benefits of their own business experience.

“A lot of these groups that are coming on board are learning a lot, and they’re learning a lot from the established teams, learning best practices, but they’re also bringing a tremendous amount of experience and new ideas and innovations, because these guys come from having run extremely successful businesses and in many cases successful sports organizations in other leagues,” said Edwards. “It’s thrilling to welcome the new ownership group from Phoenix, now rebranded to Phoenix Rising FC, who are such an enthusiastic and energetic and visionary group with big plans for the market.”

Also present were the leadership from Ottawa Fury FC and the Tampa Bay Rowdies, both set to make their debuts in the USL alongside Reno 1868 FC in 2017.

“I think the owners [from Tampa Bay and Ottawa] were very impressed by what they’ve seen over the past few days, the quality of the sessions we’ve put on, the strategic direction of the league and the initiatives we’re working on,” Edwards said. “And to meet some of their counterparts from around the country, I think they’ve very excited to get going with us.”

From the league’s side, the work for the 2017 season is already well underway. With the USL about to enter a third phase of its strategic business plan Vision 2020, presentations outlining the league’s new commercial program, broadcast plans, and other topics were some of the main focuses of the Summit. As the USL moves toward 2017, the growth of the league on and off the field left all who have played a role over recent years in high spirits.

“I think there’s just an overwhelming sense of enthusiasm and excitement,” said Edwards. “Certainly for our more historic teams that have seen the evolution of this league over the last few years and have come on that journey, it’s incredibly rewarding for those clubs to see where it is now. For the new clubs that keep coming on board, they just keep taking it to another level. Some of the presentations over the last few days have been at such a high level, it’s been great to see what a great job these clubs are doing in their local markets to engage the fan-base, to invest in infrastructure and stadiums and to push the game forward on a local and national basis.

“From our point of view in the league, we are filled with pride with what we’ve seen in the soccer landscape and what we see in our markets and what our clubs are doing, and we are doing anything we can to support them locally and to push the game forward on a national level. It’s been another tremendous season for the USL, a number of records broken, our goals have been achieved.

“We move forward now into the third phase of our long-term strategic plan from the 2017 to 2020 seasons where we embark on a lot of these new initiatives and really execute in full the commercial, broadcast, licensing and stadium building, and host of other things we’re now going to be focused on and that our teams have committed to. Certainly, it’s been a year we are very proud of, and we continue to move forward on all fronts and are looking forward to 2017 and all of the exciting things that lie ahead.”