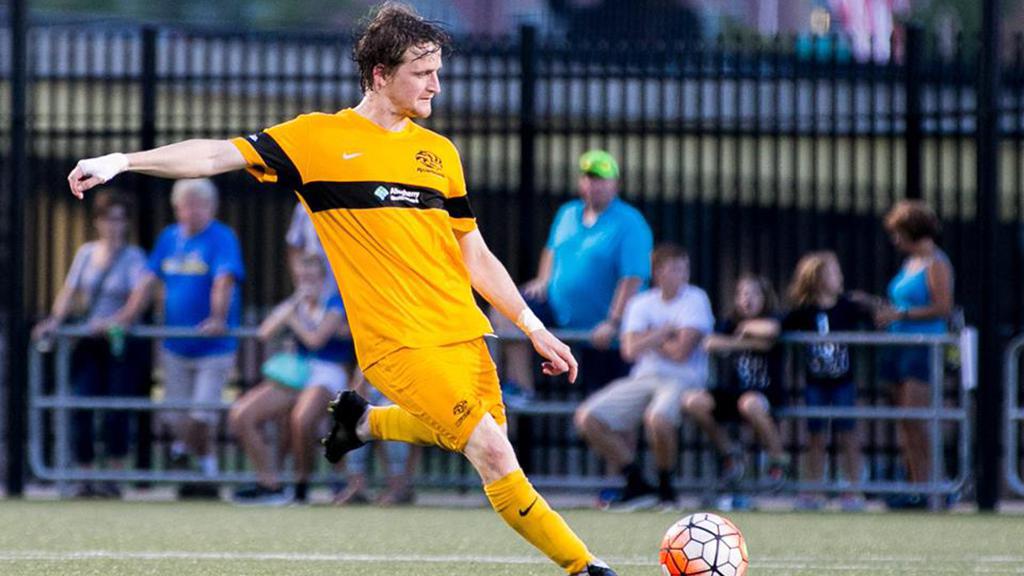 The latest roster moves, along with the option exercised on Corey Hertzog and one-year deal signed by Devaughn Elliott earlier this week, gives the Hounds 13 players under contract for the 2017 USL season.

"This group of players is an important part of the team," said Riverhounds Head Coach Dave Brandt. "Jack is still one of the younger guys at 24, and I still think has best soccer ahead of him. Guys like Ryan and Danny have a depth of experience at multiple levels, while Nick does too, in both playing and in the coaching realm. Each one of these players, from a competitive standpoint, from an experience standpoint, will help the club in growing and achieving what we're trying to do moving forward in 2017."

Nick Thompson, 28, led the group of four in appearances at 17 this past season. Signed in June, Thompson played primarily at forward, finishing the year with two goals on 14 shots. His brother, Jack, 24, also signed in June, played both midfield and defense for the Hounds in 16 appearances.

Adeleye, 29, signed with the Hounds in July from Israeli football club Hapoel Jerusalem F.C. of Liga Leumit. Playing primarily at center back, Adeleye saw action in 10 matches on the season.

Lastly, Earls, 27, will return for his fourth year with the club. The Wicklow Town, Ireland native, most notably, captained Pittsburgh in 2015 to its eighth playoff appearance in club history. He rejoined the Hounds in 2016 in early June, helping stabilize the midfield in 13 appearances. Earls will serve the remaining three games of a suspension that was handed down in the 2016 USL regular season at the start of the upcoming season.