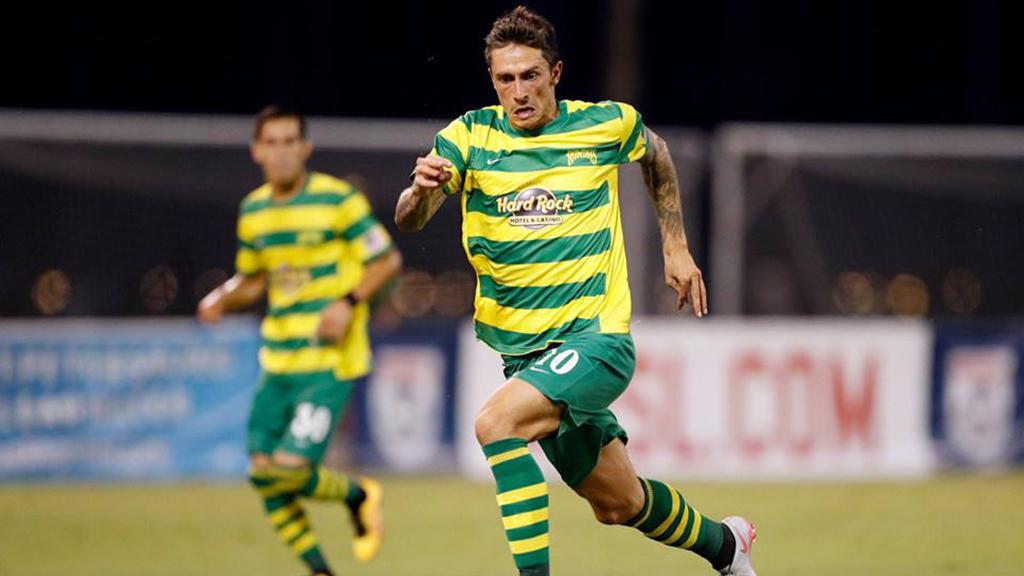 ST. PETERSBURG, Fla. – The Tampa Bay Rowdies made their first player move of the offseason on Thursday with the re-signing of Georgi Hristov for the 2017 season. The signing is pending league and USSF approval, and per club and league policy, further contract details were not disclosed.

The club’s leading goal scorer in its modern era, Hristov is set to return for his fifth season with the Rowdies, having eclipsed the 100 league appearances for Tampa Bay late last year. 2016 was a resurgent year for the 2013 league MVP as he scored 11 goals and added four assists to lead the club with 26 points. Hristov is Tampa Bay’s all-time leading scorer with 34 league goals, plus an additional four in Lamar Hunt U.S. Open Cup play.

On September 24, Hristov bagged the first hat trick in modern Rowdies history, scoring three goals in a 4-1 win over the Fort Lauderdale Strikers. Hristov is the franchise leader in multi-goal games with six.

“I’m so happy to re-sign with the Rowdies,” Hristov said. “I’ve been with this club for a long time now and it is definitely my home. My family and I are happy that I’m able to continue on with the Rowdies and I’m looking forward to another year playing in front of our great fans.”

Since joining the Rowdies in 2013, Hristov has made 111 competitive appearances, playing nearly 9,000 minutes. He played in all but one match last season.

“Making sure Georgi came back for another year was a priority of ours this offseason,” Rowdies Head Coach Stuart Campbell said. “He’s a fantastic player and a great example to have in our locker room of how a professional should act. He takes care of himself and his teammates and we’re delighted to continue on with him.”