Veteran midfielder finished third on team in minutes in 2016 season 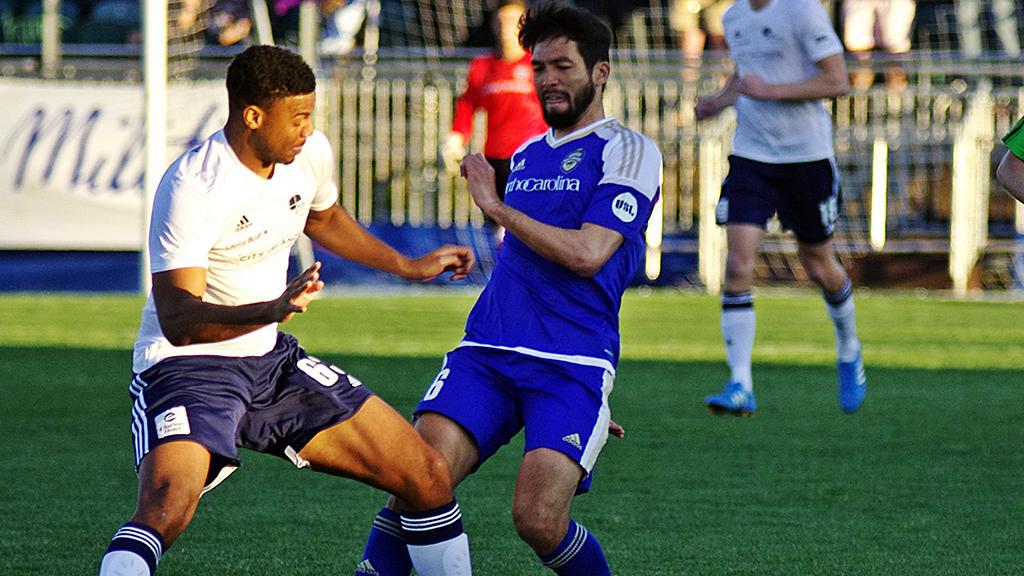 CHARLOTTE, N.C. – The Charlotte Independence announced on Tuesday that the club had signed midfielder Jun Marques-Davidson to a new contract for the 2017 USL season, pending league and federation approval.

The 33-year-old veteran returns to the Independence for his second season with the team and his 15th as a professional. Davidson had previously played for Vancouver Whitecaps FC, the Carolina RailHawks, and most recently Siam Navy of the Thai League.

Davidson said he was aiming to be a leader within a roster that mixes returning rookies with seasoned returning veterans.

“It’s important to have a team that balances this dynamic,” said Davidson. “Every player has their own qualities and certain times of the season, good times and bad times, the team needs those qualities and they can help and contribute to the team.”

Davidson made 29 appearances in the 2016 USL regular season for the Independence, recording 28 starts as he finished third on the team with 2,353 minutes of action. Davidson scored a career-high two goals in the 2016 campaign as the Independence reached the USL Cup Playoffs for the first time in their history.

“Jun is a key guy for us,” said Independence Head Coach Mike Jeffries. “He provides tremendous leadership and has an excellent soccer brain. He’s able to see things and manage the game fantastically well.”

After the side earned a fifth-place finish in the USL Eastern Conference in 2016, Davidson believes the experience will help the side as it moves into its third season. With the experience he has under his belt, including time in MLS, he’ll also be ready to offer a helping hand to the younger players on the side.

“If a player needs some advice or want my thoughts,” said Davidson, “I’m there and I'll love to help the player as much as I can. However, we have many younger players who have good professional minds and I’m lucky to work with this group.”