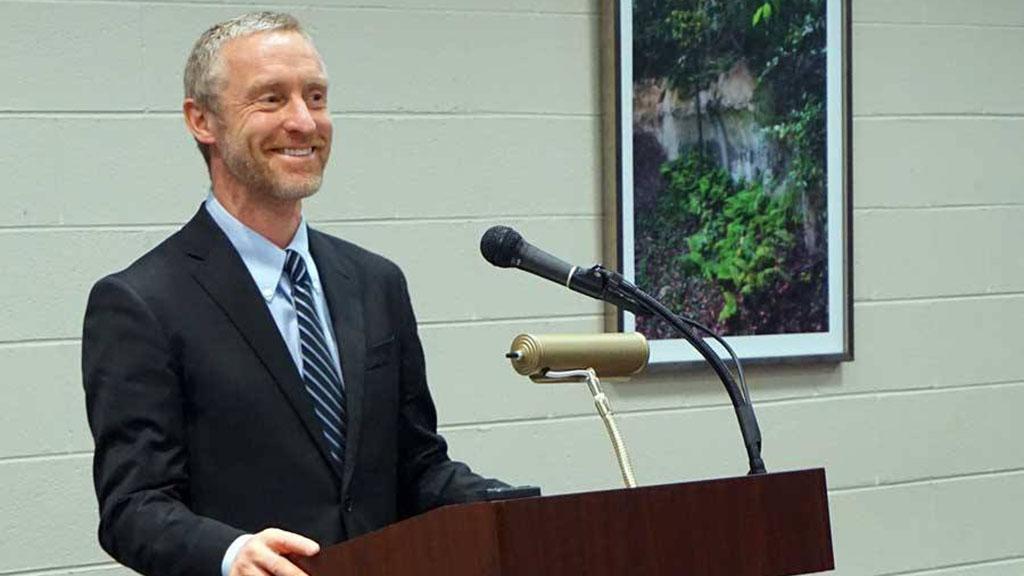 Andrew Bell’s first job with the Charleston Battery in 1999 was serving as the club’s broadcast play-by-play voice, and while those duties have remained, the native of Reading, England has also become an integral part of the club’s growth and stability as part of the USL.

Now the Battery’s President, a position he has held since 2007, Bell has helped lead not only the club to success on and off the field, but has also been an important voice in the growth of the USL over the past six seasons. As the Battery get ready for their 25th anniversary season in 2017, we caught up with him to look back, and look ahead to what’s next.

Q: How would you sum up 2016, on and off the field, for the Charleston Battery?

Andrew Bell: It has been a remarkable year for the Charleston Battery beginning with the ownership change in February.  We saw an immediate and significant investment in the stadium infrastructure, including a 3,000-squarte-foot video screen, locker rooms, pub kitchen and more recently in the operations staff. In addition to enhancing the fan experience at the stadium it is also allowing us to increase our involvement in the Charleston community and broaden the reach of the club.

On the field, I felt that the team performed very well. We are fortunate to have stability on our technical side with Head Coach and GM Mike Anhaeuser completing his 12th year in charge and I think it’s reflected in the consistency that you see with our results. Obviously we would like to have gone a step or two further in the postseason but overall we are very pleased with the way our team competed and we feel good about being able to build upon this in 2017.

Q: The side was good again on the field, reaching the USL Cup Playoffs for a sixth consecutive season and the Eastern Conference Semifinals for a second straight year. How have the Battery been able to maintain that standard over the years?

AB: Our guiding philosophy has been stability on the technical side combined with offering a very professional environment for our players. Mike has done a very good job managing this and I think it’s a big part of the reason why we have been able to keep some key players for multiple years. In recent years we have also been able to integrate some young MLS players into the mix. For example, our current affiliation with Atlanta United was very successful in 2016. 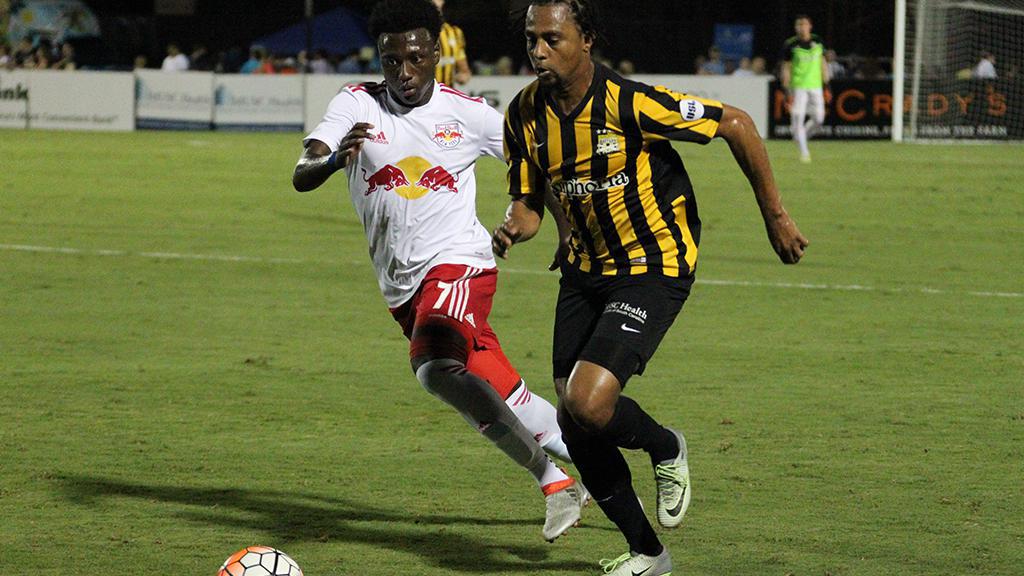 Q: Off the field there were some major changes this year, including the new video board at MUSC Health Stadium. What has it been like to see the fan reaction to that, and the added events like the ACC Men’s and Women’s Championships being hosted at the venue?

AB: The video board is remarkable, and has been a big and positive change to the fan experience at our games. Being able to show replays instantly makes for a much fuller game-day experience because you never miss a goal.

Beyond the Battery games we have been using the stadium for a lot of different events. This year we hosted some major concerts, our Films on the Field movie series, the ACC Championships, several high-profile charitable events plus a bunch of youth soccer camps and events. It’s been the most active year I can remember since the stadium opened and we are planning for even more next year. We have a very attractive stadium and events venue but the most important part is the quality of the staff here at the Battery who are able to execute all these different and diverse events. 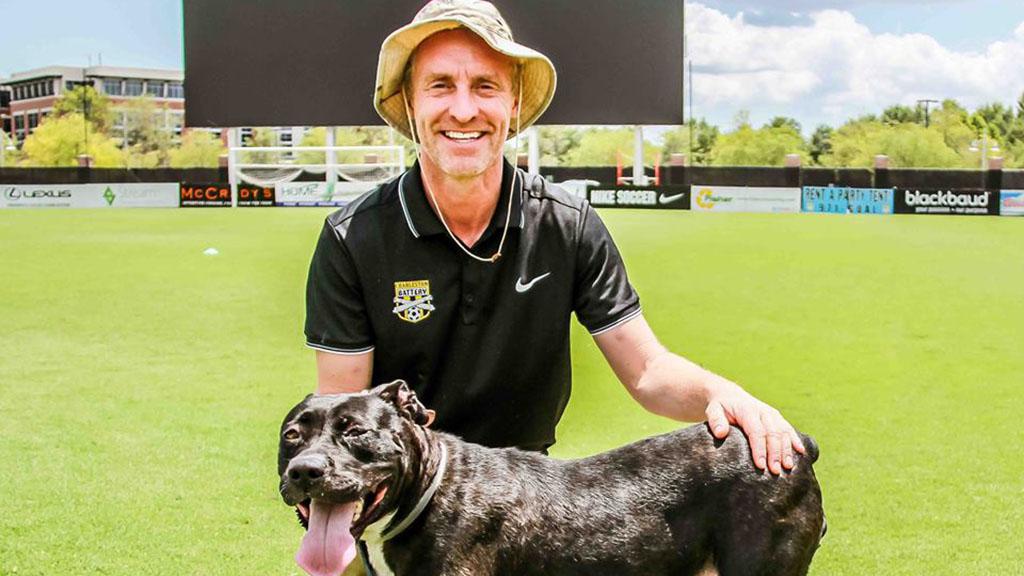 Q: The Carolina Challenge Cup is back in 2017 with Seattle, Columbus and Atlanta all coming to Charleston. How exciting is it to have the CCC back on the calendar again?

AB: We can’t wait! It’s going to be an awesome tournament. Columbus were the champions of our inaugural event back in 2004 so it’s great to bring them back again. We have always had a close link with the Sounders dating back to their USL days and obviously now they are one of the top clubs in North America so that is very exciting. We have been working with Atlanta for a couple of years now as their affiliate and it’s been amazing to watch their club grow.  We have a really good response from the Atlanta fans and with the proximity we are expecting a large number of their fans to come across and join us for the tournament.

Q: With the Sounders coming back to Charleston, that also means a chance for Ozzie Alonso to return to his old stomping grounds. What has it meant to see a player who meant so much to the Battery in his year with the team find the success he has in MLS?

AB: He’s an amazing player and we’ve enjoyed watching him progress through his career. He is the captain of Seattle Sounders and deservedly so, an inspirational player. We were very lucky to have him with us at the beginning of his career but I think we all knew at the time that he was destined for bigger things. Hopefully he can lead the Sounders to their first MLS Cup championship in a couple of weeks’ time.

Q: You’re also going to be welcoming Atlanta United FC, your new MLS partners, to the event. How pleased were you with the way the partnership went in its first year?

AB: I think it went very well and they were definitely a big asset from the player side. From a technical standpoint they were very good to work with. [Atlanta Technical Director] Carlos [Bocanegra] and [Director of Soccer Operations] Paul [McDonough] came to a lot of the games and were very responsive. We have always been a strong and vocal proponent of the MLS-USL partnership and they have been a pleasure to work with. Hopefully we can continue to contribute to what we expect to be a very successful MLS team.

Q: The Battery will be kicking off their 25th season in 2017, a remarkable achievement. What is it that makes this club so special?

AB: It is a cliché, but the Charleston Battery is greater than the sum of its parts. Our fans, players – current and past, staff, stadium and accomplishments on the field all add up to something very unique and in my opinion very special within the sport of soccer in the U.S. Tony Bakker started it all 25 years ago and really paved the way for other professional soccer clubs in this country. We’ll celebrate the 25th anniversary this season and use it as an opportunity to thank Tony for his vision, passion and philanthropic efforts that will continue to be felt throughout the U.S soccer community.