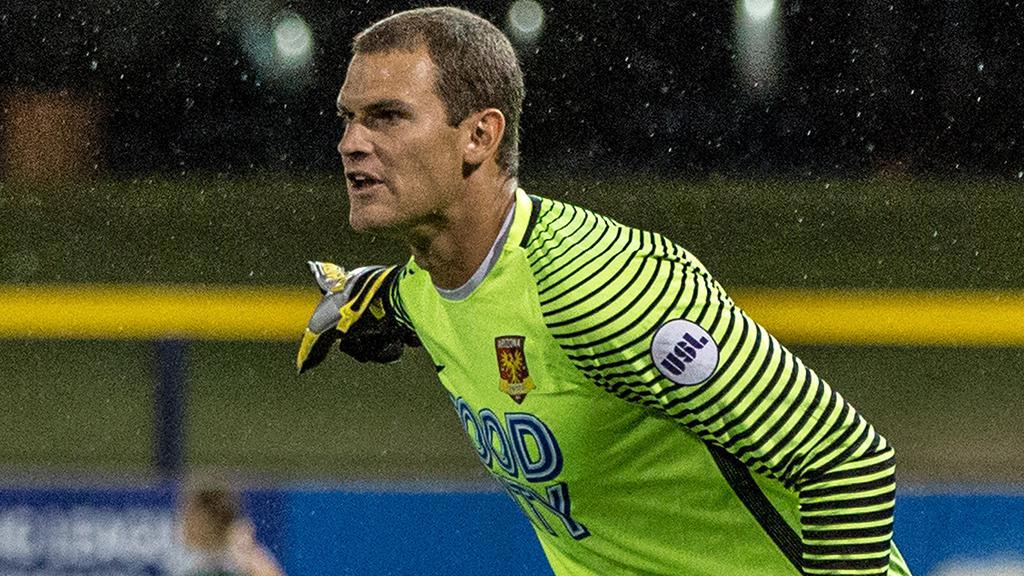 PHOENIX, Ariz. – Arizona United Soccer Club has announced it has re-signed five players from its 2016 squad, with goalkeeper Carl Woszczynski, defenders Peter Ramage and Uchenna Uzo, and midfielders Blair Gavin and Miguel Timm all set to return for the new season. All contracts are pending league and USSF approval.

Woszczynski will enter his third year with the club. Last season he appeared in 24 matches (2,160 minutes). In 2015, Woszczynski’s 130 saves set the league record for most saves in a season (The previous record was 115). Woszczynski’s 51 appearances and 4,590 minutes played are both second all-time in club history.

Ramage joined the club late in the season on August 3, and appeared in 11 matches (945 minutes) for the club. He notched one assist in that time. Ramage’s previous experience includes time with English Premier League club Newcastle United and English clubs Queens Park Rangers, Crystal Palace, Birmingham City, and Barnsley.

Uzo made his professional debut with Arizona United as a starter against LA Galaxy II on March 26. He appeared in 23 matches (1,583 minutes) for the club before suffering a season-ending injury late in the season during training.

Timm appeared in 15 matches (1,034 minutes) in his first year with the club in 2016. He also notched two assists. Prior to his time with Arizona United, Timm played with South African sides Mpumalanga Black Aces and Bidvest Wits Football Club.