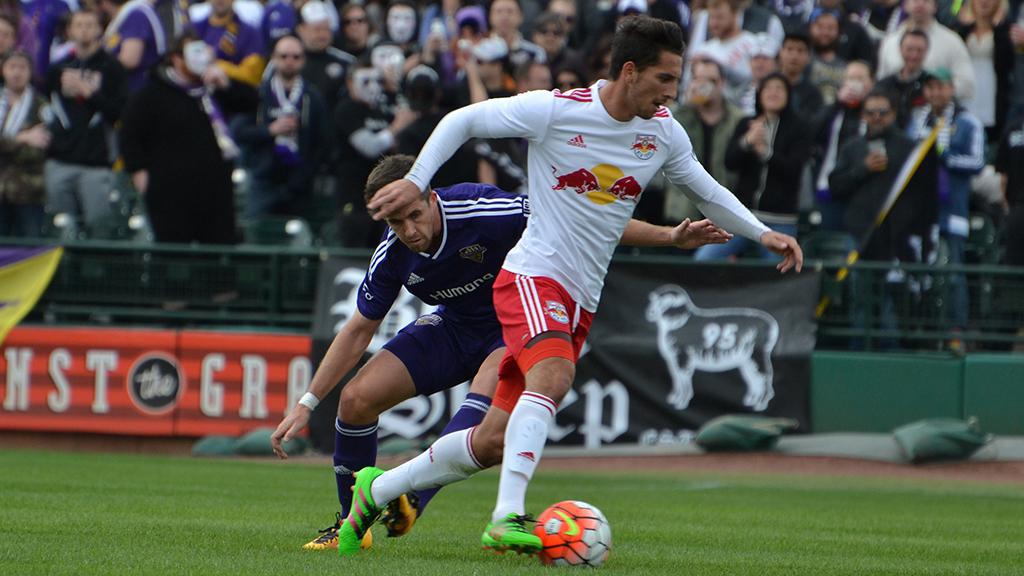 Ahead of the 2016 USL Cup Final, Presented by Nike, we’re taking a look at the road of the two finalists to their first visit to the championship game. Tune in this Sunday on ESPNU, the WatchESPN app, or SiriusXM FC 85 as the New York Red Bulls II host the Swope Park Rangers at 8 p.m. ET.

The New York Red Bulls II had a successful first season in the USL, reaching the Eastern Conference Semifinals of the 2015 USL Cup Playoffs before falling to the eventual champion Rochester Rhinos.

One major positive from the club’s opening season had been its form on the road, where the Red Bulls II had taken five wins in 14 contests over the course of the year. As the side prepared for its first road trip of the 2016 USL regular season, though, it knew it was in for a test from a Louisville City FC side that had reached the Eastern Conference Final in its first year.

In blustery conditions at Slugger Field, the hosts had the upper hand early, but the Red Bulls II took the lead just before the half-hour mark as a long-range shot by Vincent Bezecourt was parried by Louisville goalkeeper Scott Goodwin. New York’s Junior Flemmings was the first to react, and fired home a finish from the right side of the penalty area to make it 1-0 to the visitors.

The Red Bulls II defense then clamped down on Louisville potent attack in the second half, until the chance to add to the side’s lead arrived with just over 10 minutes to go. A through-ball by Konrad Plewa freed Flemmings, and his low cross found Brandon Allen for a first-time finish that he tucked just inside the right post.

Louisville had a late goal ruled out for a foul on Ryan Meara, but the hosts were unable to mount a comeback as the Red Bulls took their first win of the season. The road victory would become a key factor in New York’s success throughout the season, as it earned 13 wins away from Red Bull Arena to set a USL regular-season record.