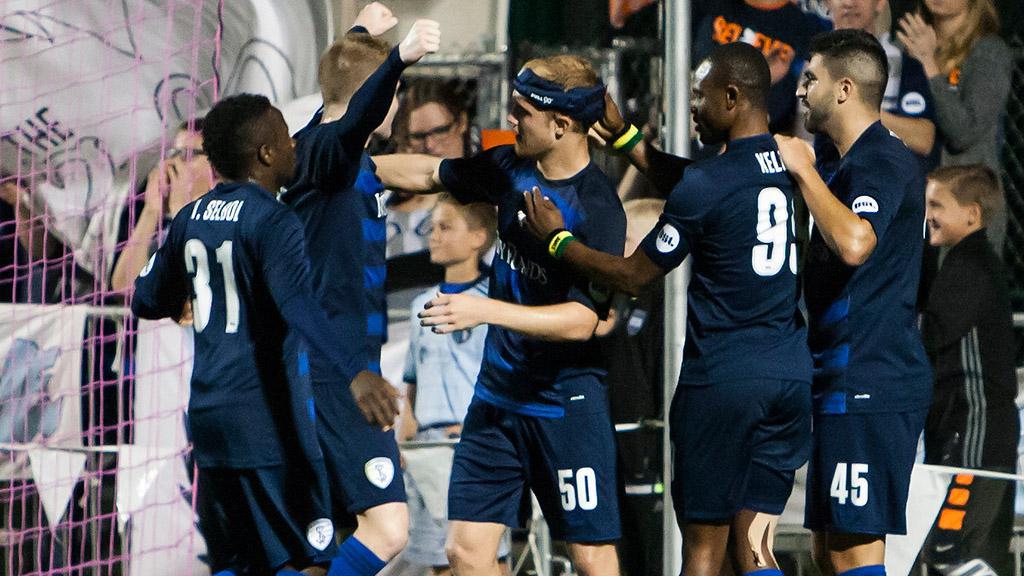 KANSAS CITY, Mo. – Kris Tyrpak scored twice in the first half as the Swope Park Rangers claimed the 2016 USL Western Conference Championship with a 3-0 victory against Vancouver Whitecaps FC 2 on Saturday night at Children’s Mercy Victory Field. Vancouver had most of the possession early, but it was the Rangers who took the lead in the eighth minute. A low cross by Christian Duke from the left was turned on goal by Mark Anthony Gonzalez at the near post and saved by WFC2 goalkeeper Spencer Richey, but Tyrpak gathered the rebound and fired into the right corner of the net. SPR’s Dane Kelly had a pair of chances in the opening half-hour, only to send both efforts just wide, but the hosts doubled their lead on Tyrpak’s second of the night as he put in a low cross through the six-yard area from the left by Tyler Pasher. Vancouver’s Kianz Froese went close to halving his side’s deficit as he forced a diving stop from SPR goalkeeper Adrian Zendejas with 20 minutes to go, but the Rangers closed out the victory with a minute to go as Kelly’s second goal in as many games sealed the Western Conference Championship.