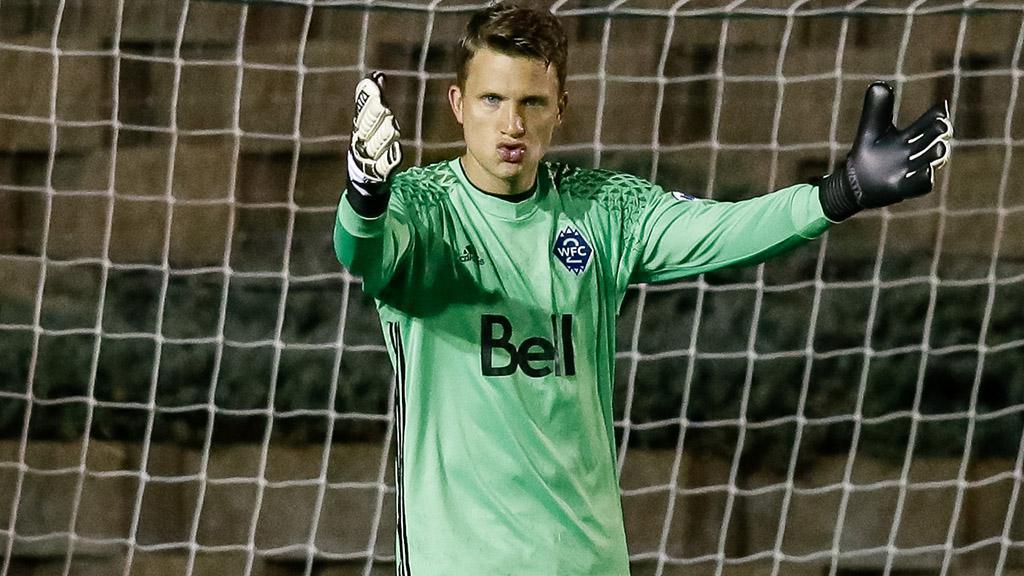 VANCOUVER, B.C. – From the outside, the improved performance from Vancouver Whitecaps FC 2 this season will have surprised many.

For WFC2 goalkeeper Spencer Richey, however, the turnaround in fortunes for a side that finished second-from-last in the West last season was always on the cards.

"With your first season, everyone is trying to figure out what works best and how to manage the change of players coming up and down and the schedule," Richey said. "We were making roster changes pretty close to the start of the year and then throughout it.

"It was inevitable that this year we were going to come out with a more solid team and get off to a better start. I don't know if we would have predicted that we would have had this good of a year, but that was our expectation and we're happy to be where we're at."

Where WFC2 is at is the Western Conference Final of the 2016 USL Cup playoffs against the Swope Park Rangers this Saturday night (8:30 p.m. ET | Match Center), and Richey’s performance is a major reason why. His most recent outing – a three-save performance in Vancouver's 3-2 victory against OKC Energy FC in the Western Conference Semifinals this past Saturday – illustrated how strongly his game has progressed as part of the Whitecaps’ setup since being selected in the 2015 MLS SuperDraft.

"It's been massive," said Richey, a former Pac-12 Goalkeeper of the Year at the University of Washington. "The more you can train with better players and better competition, if you can embrace that and rise to the competition, it's only going to make you better in the long run.

“It's kind of one of those, ‘if you're the best player on your own team, you probably should find a new team type of deal. If you train with good players day in and day out, it's going to make you better. That's certainly the case with Dave [Ousted]. He's been awesome with me, giving me tips and pointers along the way."

Richey came to Vancouver after four eye-catching years with the Huskies, and while there is always a jump in level from college to the pros, four seasons in the PDL that included a stint with the Portland Timbers U-23s left Richey feeling he had a good understanding of what was needed to succeed in the pro game.

"It's definitely a difference," said Richey. "From that aspect, it was good to have those experiences in PDL. The college game is much closer physically to MLS and USL than it is technically and from a skill level. From a physical standpoint it helps you quite a lot.

"The biggest adjustment that I've had to make is the quality of player. When you're taking shots [in training] against Pedro [Morales] and Masato [Kudo], it's a much different technique and skill level. But the physicality of the game is something I think I've been pretty well prepared for from those experiences." 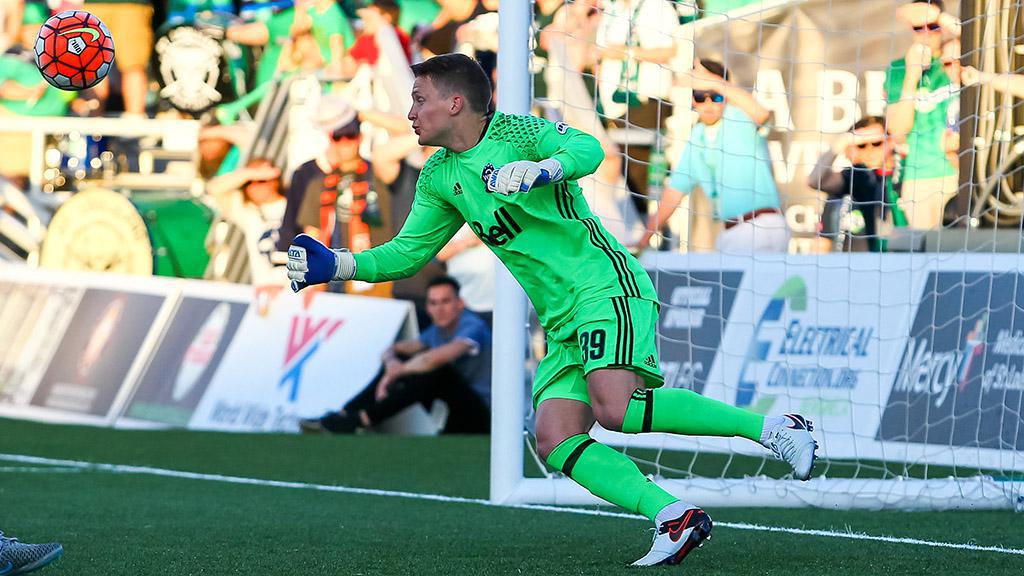 Richey's journey to the pros started in earnest when he was 15 years old, after being selected for a two-year residency with the U.S. U17 National Team at IMG Academy in Bradenton, Fla.

Leaving home at such an early age is a difficult one, but Richey remains glad he and his family decided to make the move.

"It was life-changing, it truly was," Richey said. "It was an absolute grind for two years. It looks glamorous, and you get to go on the awesome trips, but it was absolutely life-changing. It was my dream to play college soccer. I get the call, and by the time I move down there, there's already college letters from 20 teams getting in touch with me that had never even seen me play before.

"That set me up well for university, and gave me a ton of experience against international teams. I would totally do it again. It was 100 percent worth it, but it was definitely a grind for those two years."

Capped by the US at the U17 and U20 levels, Richey was a standout with the Huskies and his stock was high before he broke his leg four games into his senior season.

That redshirt year derailed his plans to turn pro, but after battling back the following season he saw his stock plummet at the draft, leaving Whitecaps Head Coach Carl Robinson surprised, and delighted, to land the keeper 61st overall.

And while Vancouver has a plethora of goalkeeping talent on their books throughout the club – from the likes of ever-present Whitecaps starter Ousted to Homegrown signing Marco Carducci and some great prospects coming through the 'Caps Residency program – Richey has found a way to stand out. His 16 appearances are the most of any goalkeeper used by WFC2 this season, and he’s started both of Vancouver's playoff matches so far.

When you're used to being a starter in college, it can take a little bit of getting used to having to share those minutes around, but the level of competition and a new approach to squad rotation within the group has led to improved performance come game day.

"Each and every one of us would like to play every game of the entire season," Richey said. "The other guys would say the same. That's not the current situation in hand, but it is what it is.

"Last year we kind of did one game and rotate. This year we sat down and said, ‘what's a way that you can get into more of a rhythm,’ which is massive as a goalkeeper. So much of your position is the decision-making aspect of it, which comes so much easier with those string of games. This year, we've tried to do two, three games in a row at a time so you can get into a swing that way."

The new approach worked. Each of WFC2’s goalkeepers have shone this year, but Richey has impressed the most as the side now sits just two wins away from claiming the 2016 USL Cup.

Standing in the way are the Swope Park Rangers, a tough proposition, but having taken two wins from two in their prior meetings this season, the 'Caps are heading into the game cautiously confident.

"We can watch those games, the two previous ones, and take certain things from them," said Richey. "We can take confidence that we got the two results, but also the same way, if a team scouted a game from us over the summer, we're a totally different team now to what we were then. It's a long year. Teams go up and down in form and we're a classic case of that, and so are they." 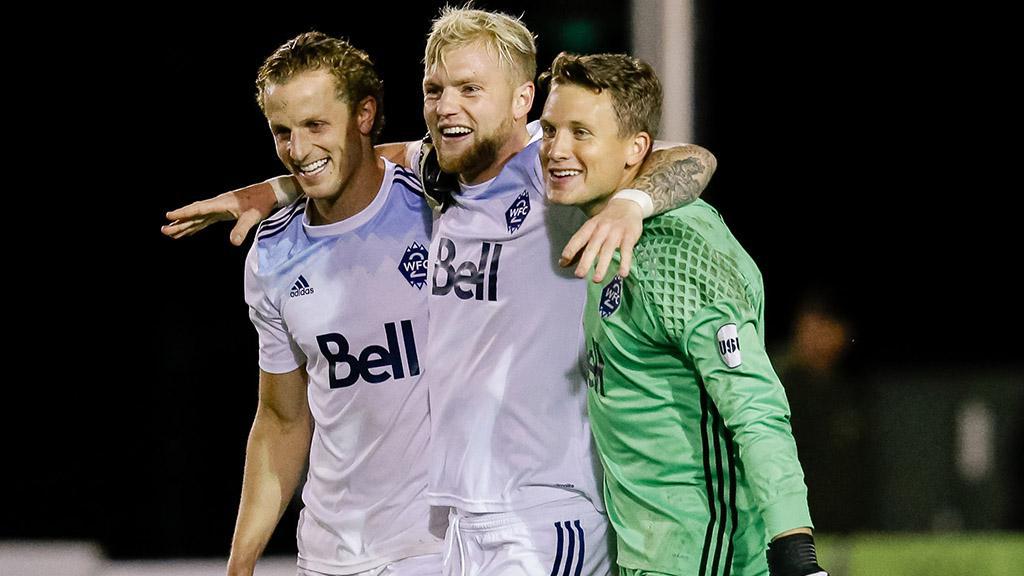 A Western Conference title and a trip to the USL Cup Final, Presented by Nike, would not only cap what has been a fantastic season for WFC2, but also bring Richey’s goal of earning a place in the MLS squad that much closer.

"That's the goal, not just for next year, but for any given week for that matter," Richey said. "I'm trying to put myself into that category to kind of make it that I've played so well that they don't really have a choice by that point. That's what you want to do. But it's next year. We'll cross that bridge when the season ends, but for now I'm focused on day in, day out training and winning this Saturday."