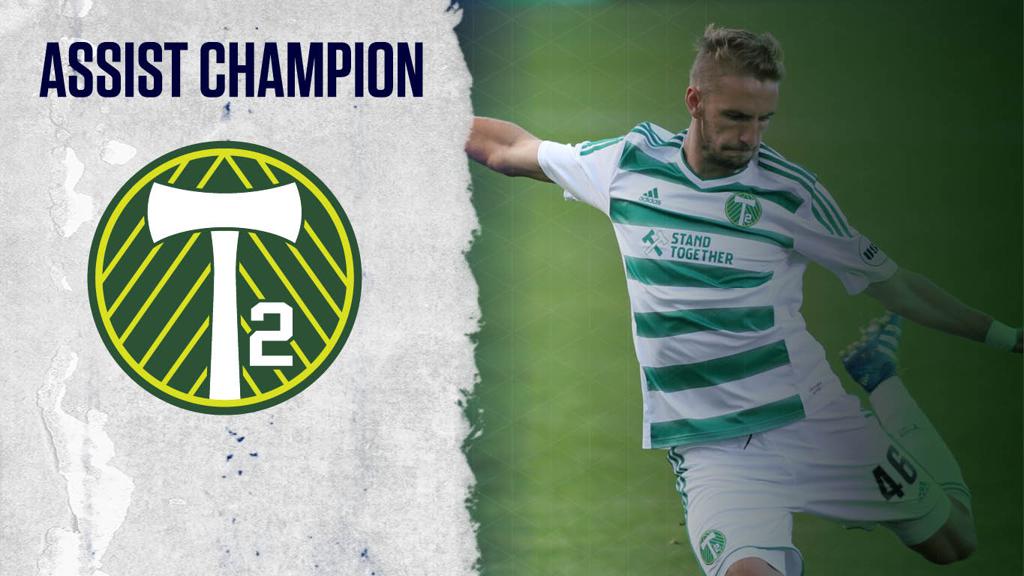 Signed as an 18-year-old by Liverpool FC, Villyan Bijev’s pedigree when he arrived at the Portland Timbers 2 was clear. In becoming the 2016 USL Assists Champion, however, the 23-year-old may have unleashed his full potential.

Growing up in Fresno, Calif. after his family emigrated from Bulgaria, Bijev was a youth international both his native and adopted country. When he arrived in Portland, though, he had more of a feel of a potential reclamation project for the Timbers 2 and Coach Andrew Gregor.

Things didn’t start smoothly. In fact, it took until his seventh appearances for Bijev to record his first assist for T2, and the 10th for his first goal. As the calendar turned to August, though, the light appeared to come on, not only for Bijev, but for Portland as a whole.

T2 ended the season with a 7-3-1 run, including victories in its final five games of the season. Bijev sparkled throughout, recording seven goals and nine assists over the span, including two separate runs that saw him record four and three consecutive games with an assist. His two goal, one assist performance pushed T2 to the brink of the playoffs on the final Saturday of the season, but while T2 missed out this year on goal differential, it seems certain there’ll be more to come next year for both the team, and its standout playmaker.