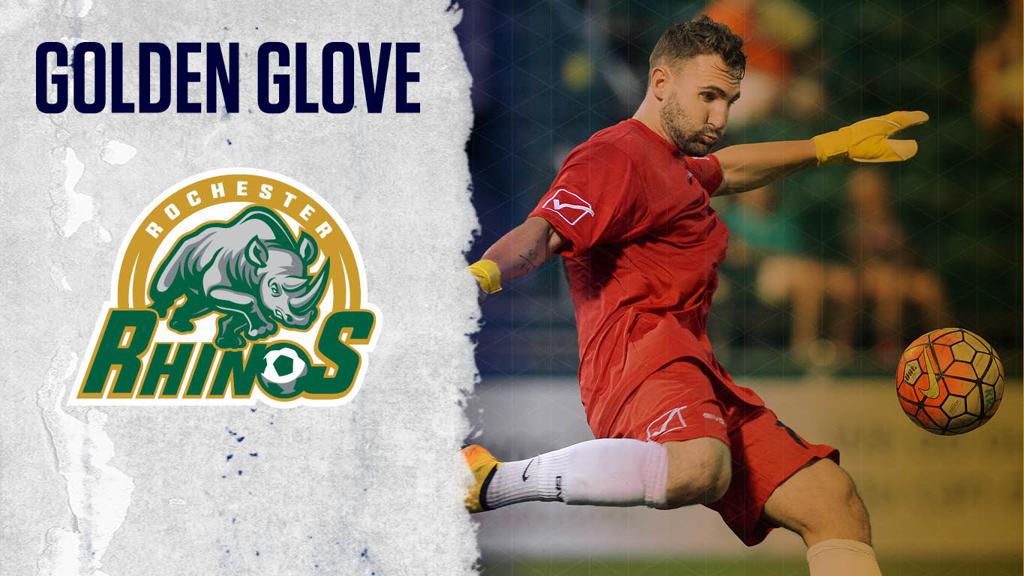 When it was announced 2015 USL Goalkeeper of the Year and Golden Glove winner Brandon Miller was heading west to Orange County Blues FC from the Rochester Rhinos, the belief was Adam Grinwis would take over in net for the defending USL champions.

That proved to be the case, at least for a little while. Then, Tomas Gomez stepped into the picture.

The second-year pro, who spent last season with the San Jose Earthquakes, became Mr. Dependable for Coach Bob Lilley as the season went on, and as a result claimed the 2016 USL Golden Glove, awarded to the qualifying goalkeeper with the lowest goals-against average over the season.

Gomez made only one start for the Rhinos before the start of May. At the start of July, however, he became the main man between the sticks at Rhinos Stadium. With only six goals against in his 11 appearances over that span, a 0.55 goals-against average, the Rhinos defense got back to the sort of form that had led them to a championship the year before – Miller’s 2015 GAA was 0.56.

The 23-year-old wasn’t always spectacular, although his five-save performance on the road against Charlotte in the penultimate game of the season earned plaudits. What he lacked in sizzle, though, he more than made up for in consistency, a trait that will serve the Rhinos well as the 2016 USL Cup Playoffs begin.