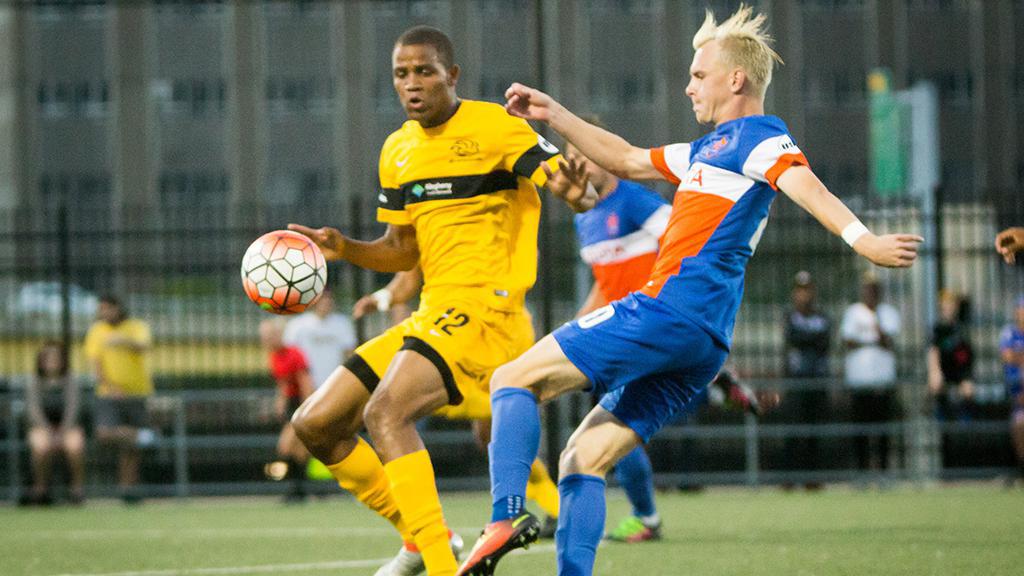 PITTSBURGH – Sean Okoli’s 16th goal of the season gave FC Cincinnati a 1-0 victory against the Pittsburgh Riverhounds on Saturday night at Highmark Stadium, as the standout forward moved into sole possession of the league-lead in goals this season.  Cincinnati had the first good chance as Okoli shot wide in the fourth minute, while Kevin Kerr had a shot blocked for the Riverhounds midway through the first half. FCC took the lead from the penalty spot just past the half-hour mark, however, as Okoli notched his 16th goal of the season after a Riverhounds handball in their penalty area. Cincinnati threatened to double its lead in the 65th minute as Riverhounds goalkeeper Zack Steffen made a diving stop to deny Andrew Weideman, while Pittsburgh almost leveled the score off a free kick with 16 minutes to go as Sergio Campbell’s header went just over. Cincinnati held firm under pressure late on, however, to move toward the postseason with positive momentum.

Sean Okoli, FC Cincinnati – Okoli scored the only goal of the game to cap an excellent regular season which will put him in line for not only the USL Golden Boot, but likely other accolades as well.