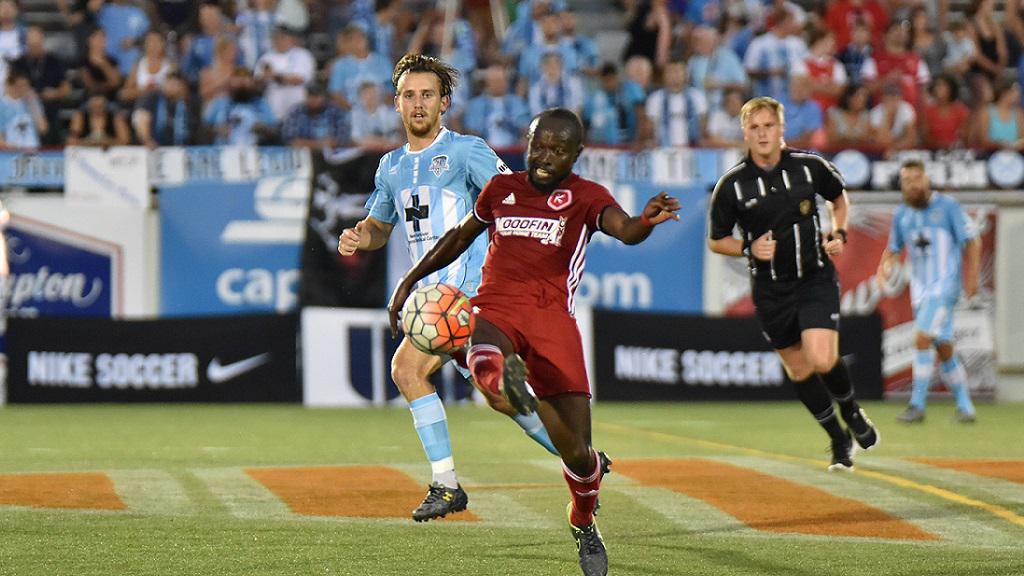 WILMINGTON, N.C. – Wilmington Hammerheads FC knew that only a win would keep the club’s postseason hopes alive, and the host side did what it needed to do as it defeated the Richmond Kickers 2-0 on Saturday at Legion Stadium. Matthew Barnes-Homer tallied a first-half goal and Michael Mecham provided a tally in the second half as Wilmington improved to 8-12-10 (34 points) overall and moved into eighth place. That puts the Hammerheads two points ahead of Orlando City B in the quest for the final Eastern Conference slot in the 2016 USL Cup Playoffs. Orlando is 8-13-8 (32 points) and needs to win its road match Sunday against Bethlehem Steel FC. Wilmington improved to 5-5-5 at home and ended up tying the season series with Richmond at 1-1-1. The playoff-bound Kickers dropped to 12-9-9 (45 points) overall and 4-7-4 on the road. Richmond is a No. 7 seed in the East and will face No. 2 Louisville City FC on Sunday, Oct. 2, in the conference quarterfinals.

USLSoccer.com Man of the Match:
Michael Mecham, Wilmington Hammerheads FC – Mecham tallied the team’s second goal and also came up with a good header clearance on a Kickers corner kick sequence when Richmond’s attack stepped up down the stretch.