Gonzalez, Pasher each record goal and assist in 3-0 win against OKC 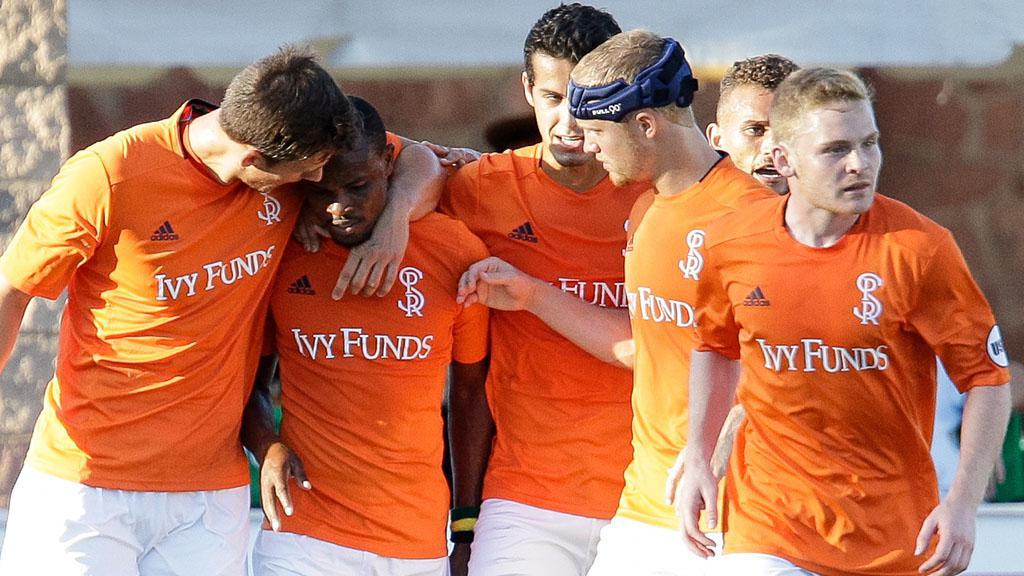 OKLAHOMA CITY – The Swope Park Rangers booked their place in the 2016 USL Playoffs as Mark Anthony Gonzalez and Tyler Pasher each had a goal and assist in a 3-0 win against OKC Energy FC at Taft Stadium on Sunday night. Energy FC had chances early on, but the Rangers took the lead in the 15th minute when a chipped pass by Mark Anthony Gonzalez played in Dane Kelly for a strong finish from 15 yards and the lead. Gonzalez then struck nine minutes later as Tyler Pasher turned his defender well and sent a low cross to the top of the six-yard area for Gonzalez’s to turn home for his ninth goal of the season. Pasher added a goal to his assist nine minutes before the halftime break as a pass by Christian Duke split the defense allowing the Canadian forward to finish from the top of the penalty area. OKC tried to rally after the break, and Timo Pitter almost found the net with a shot that went just wide. Colin Bonner also sent a header just wide late on, but the Rangers were able to withstand the hosts’ pressure as they salted away a second consecutive three-goal victory.

Tyler Pasher, Swope Park Rangers – Pasher proved a threat throughout the game from the left  flank, and set up the Rangers’ second goal of the night before scoring himself to lead SPR into the playoffs.