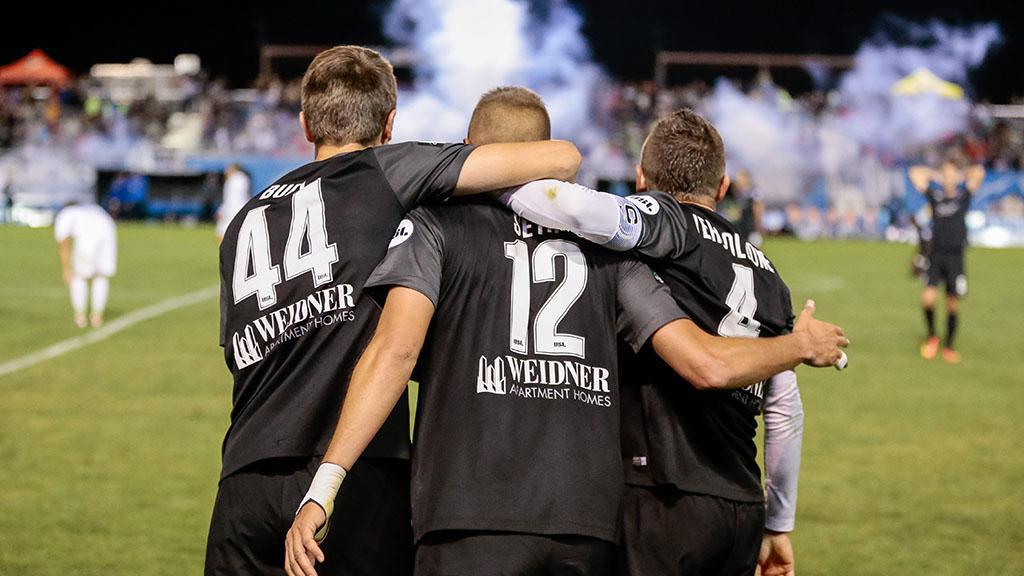 COLORADO SPRINGS, Colo. – As it happened, Mike Seth’s eight goal of the season for Colorado Springs Switchbacks FC secured a home playoff contest for his side two weekends from now at Switchbacks Stadium.

A little less than two hours later, his game-winner in a 2-1 victory against Seattle Sounders FC 2 in front of a club-record crowd of 4,308 at Switchbacks Stadium proved to have also paved the way for the Switchbacks to finish as the No. 1 seed in the Western Conference playoff bracket with one game to go in the season.

With Seattle pushing for the goal it needed to keep in with a chance of a playoff berth of its own, the Switchbacks put the game to bed in the fourth minute of stoppage time. Seth held his run just long enough to remain onside, and then calmly finished past the advancing goalkeeper to secure all three points for the hosts.

“It was a great goal by Mike who made a patient finish,” said Switchbacks Coach Steve Trittschuh. “We're in playoff mode now and having these kinds of games are real good for us to have.”

With Sacramento Republic FC having played to a 1-1 draw against the LA Galaxy II later in the night, the Switchbacks now sit atop the Western Conference standings. A victory against Orange County Blues FC next Saturday would clinch the No. 1 seed, and home-field advantage throughout the Western Conference Playoffs.

“It was a fantastic win for us,” said Trittschuh. “We did let them into the game in the first half, but we really pulled it out at the end. The fans were great tonight, the team put in a great effort, it was all-in-all a great 90 minutes.”

Colorado Springs took the lead in the eighth minute when Rony Argueta’s long-range effort found the back of the net. Third on the team in minutes this season, the goal was the holding midfielder’s first of the season.

“It was a great goal,” Argueta said. “My family, coaches, and staff have been telling me to just take shots whenever I had the chance. I saw the opportunity and I took it. Thank God it went in.”

With its playoff hopes on the line, S2 pulled its way back into the game and found an equalizer through Darwin Jones’ 29th-minute finish. Jones’ goal was his team-leading seventh of the season, but wasn’t enough as the loss put Seattle in an almost-hopeless situation going to its final game of the season.

Seattle would need not only losses for San Antonio, Orange County, Portland and a draw for Real Monarchs SLC, but also make up a 16-goal differential between itself and SAFC to have a chance at eighth place as it visits Swope Park Rangers next Saturday.

For the Switchbacks, though, the equation is simple. Defeat Orange County, and the Western Conference Championship will go through Switchbacks Stadium.

“We want to win the conference,” said Seth, “and we're knocking on the door.”