RGVFC scores with 10 minutes to go to claim victory, send Blues out of top eight 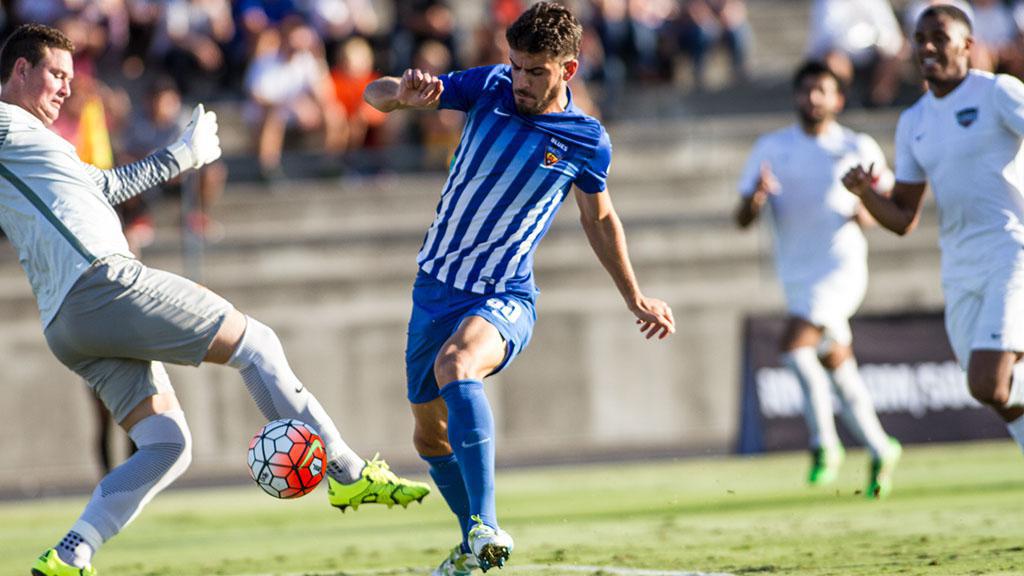 IRVINE, Calif. – Rio Grande Valley FC bounced back from its loss in the first game of its trip to California with a 1-0 win against Orange County Blues FC at Anteater Stadium on Saturday night, dropping the Blues back out of the top eight in the USL Western Conference in the process. The Blues had the ball in the back of the net twice early, but both were ruled out for offside, but the hosts proved the more aggressive early. Orange County almost took the lead in the 20th minute when Max Rauhofer’s finish from close range after a good cross by Andrae Campbell went over the crossbar, while RGVFC goalkeeper Devin Perales had to make a pair of saves to keep the game scoreless at halftime. The Blues again went close early in the second half as Roy Meeus hit the post, but as the half wore on the Toros started to get into the attack more often. RGVFC took the lead with 10 minutes to go as substitute Dzenan Catic lost his marker in the penalty area to head home a good cross from the right, and while the Blues looked to find a way back into the game with an equalizer, the Toros claimed a crucial three points on the road as the Blues slid out of the playoff positions.

Dzenan Catic, Rio Grande Valley FC – On as a second-half substitute, it didn’t take long for Catic to make his presence felt, as his goal gave the Toros’ victory, and within reach of a potential first-place finish.