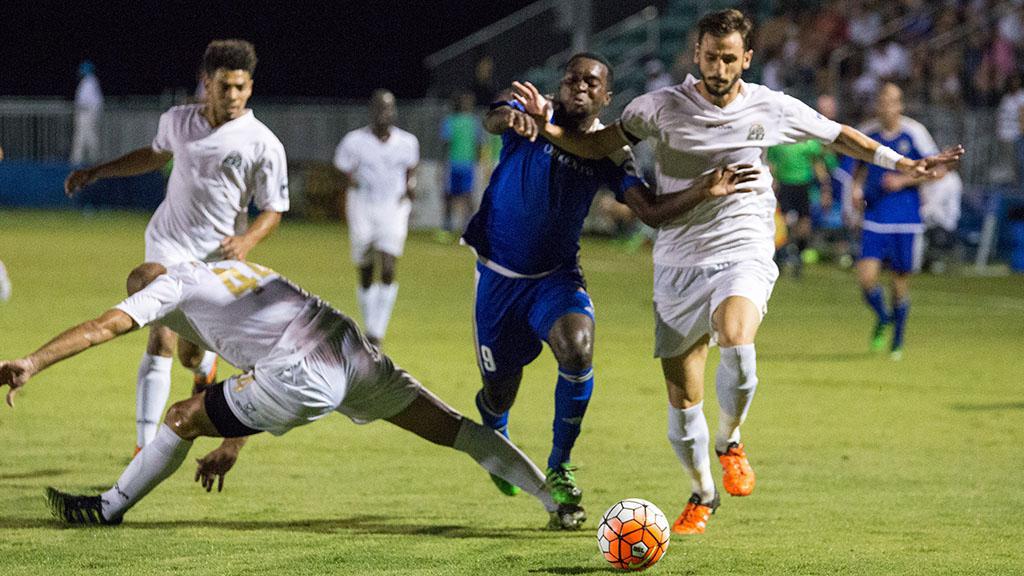 CHARLOTTE, N.C. – The Rochester Rhinos scored late in the first half to take a 1-0 victory against the Charlotte Independence at Ramblewood Stadium on Saturday night to move within a point of the fourth-place Independence in the Eastern Conference standings with one game to play in the regular season. Charlotte opened the game well, but Rochester created a pair of good chance to  take the lead as Christian Volesky had a shot deflected over the crossbar in the 24th minute, and Ryan James fired just wide of the left post a few minutes later. The Rhinos took the lead in the 42nd minute from the penalty spot when Steevan Dos Santos sent his finish top the top-left corner after a foul in the area. The Independence pressed hard for an equalizer early in the second half, and Rhinos goalkeeper Tomas Gomez had to make a good save through traffic from Charlotte’s Aly Hassan. Gomez remained active in the final 10 minutes of the game, but the Rhinos’ defense held firm to take a big victory on the road.

Steevan Dos Santos, Rochester Rhinos – Dos Santos took his chance from the penalty spot well, and linked up the midfield attack as the Rhinos looked to counter-attack during the night.