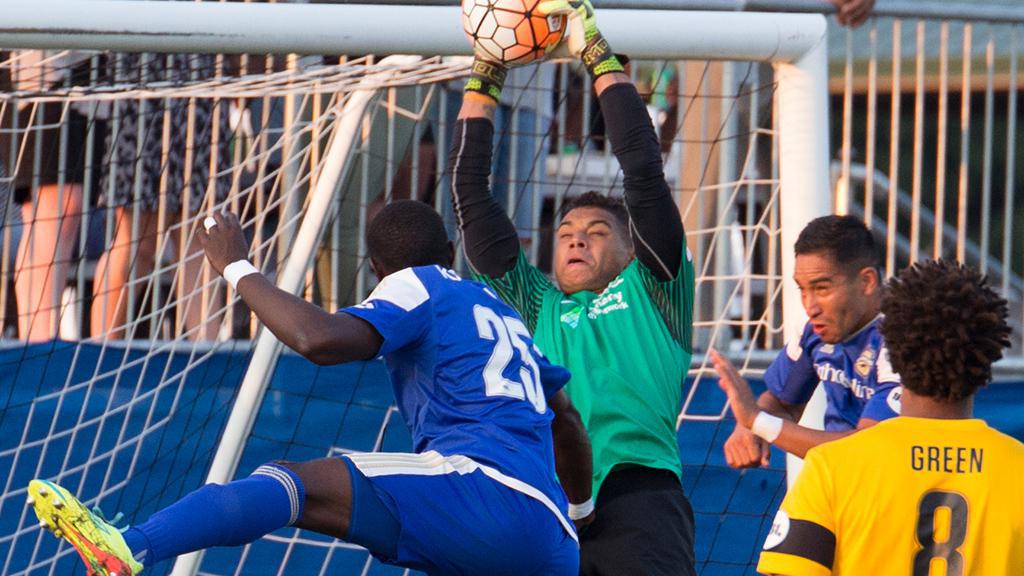 CHARLOTTE, N.C. – The Charlotte independence got a pair of goals by David Estrada as they took a 4-0 victory against the Pittsburgh Riverhounds on Saturday night at Ramblewood Stadium. The Riverhounds created the better scoring chances early, as both Corey Hertzog and Zak Boggs forced saves from Charlotte goalkeeper John Berner, but the Independence carved out a good chance for Brian Brown that was smothered by Pittsburgh’s Zack Steffen in the 34th minute. Three minute later, Charlotte took the lead as Joel Johnson put in a good cross for Brown to head home from close range. Steffen came up big moments later to deny Alex Martinez a second for Charlotte, but Enzo Martinez played provider moments later as he set up Estrada with a cross from the right to make it 2-0 just before the halftime break. Estrada added a second after Jun Marques Davidson’s surge and shot into the penalty area was saved by Steffan, only for the ball to loop high in the air and Estrada to loop a header into the top-left corner past the retreating cover. The Riverhounds played positively late, and were denied by a big save by Berner and subsequent goal-line clearance late on as they looks for a consolation, but it was the Independence that grabbed a late finish as Jorge Herrera struck in stoppage time to round out the scoring.

David Estrada, Charlotte Independence – Estrada notched a pair of headed goals to lead the Independence to another important win in their pursuit of a home quarterfinal in the 2016 USL Playoffs.