Bezecourt, Powder both strike twice in 4-1 victory against Harrisburg 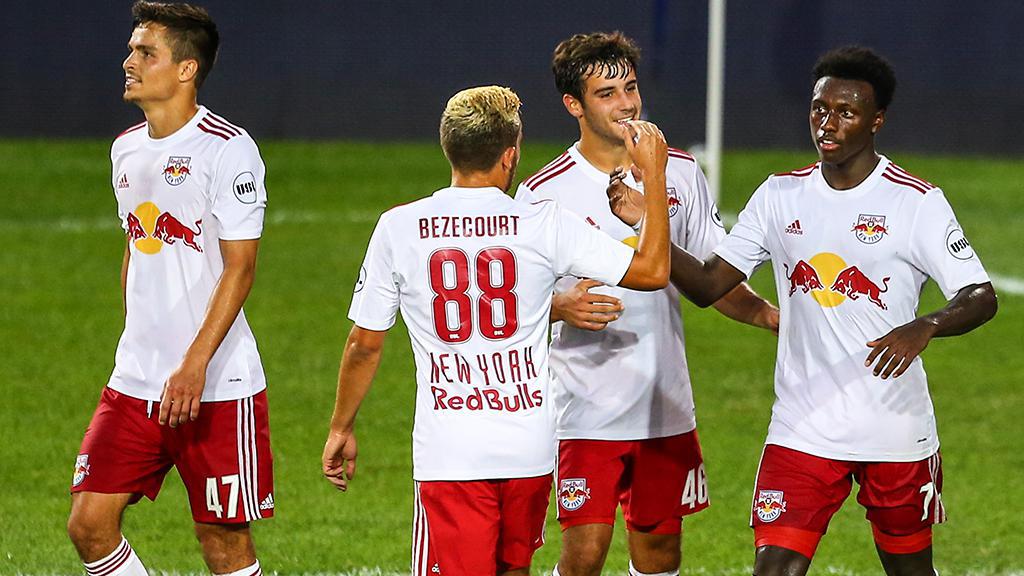 MILLERSVILLE, Pa. – The New York Red Bulls II claimed the 2016 USL Regular Season Championship as Vincent Bezecourt and Noah Powder both scored twice in a 4-1 victory against the Harrisburg City Islanders on Wednesday evening at Pucillo Field. The Red Bulls II took the lead in the 23rd minute when Bezecourt got past his man on the right side and broke into the penalty area before shooting low into the left corner. Harrisburg had a chance to equalize late in the first half, only for Jose Barril’s free kick from 20 yards to be comfortably saved by New York goalkeeper Kyle Reynish, but the City Islanders leveled less than a minute into the second half as a quick one-two between Cardel Benbow and Craig Foster set up Benbow for a low finish to the left corner. New York regained the lead just past the hour-mark as Bezecourt played in Noah Powder into the right side of the penalty area for a first-time finish, and Bezecourt added his second of the game off a beautiful through-ball by Florian Valot with 17 minutes to go. Powder applied the finishing touch with 11 minutes to go with a fiercely struck finish from the top of the penalty area.