The cream is rising to the top, as some notable streaks continue 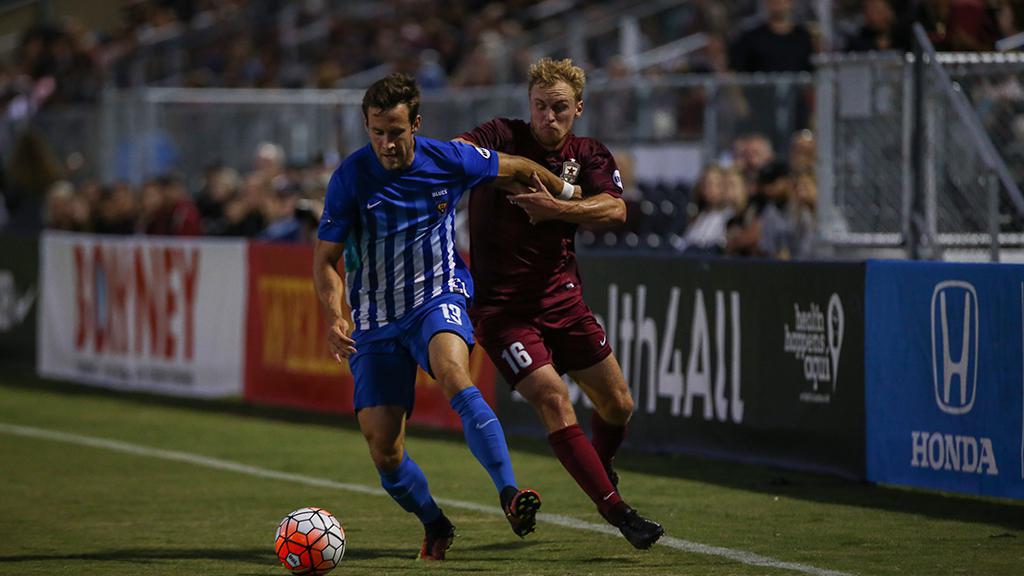 TAMPA, Fla. – The cream is rising to the top, as some notable streaks continue and Sacramento Republic FC becomes the first Western Conference side to clinch a place in the playoffs. Here’s what we learned from Week 24 in the USL:

1. BULLS ON PARADE: Another 2-0 victory, another goal apiece for Brandon Allen and Derrick Etienne Jr., and the New York Red Bulls II are in position to claim the USL regular season championship in the next seven days after handing Bethlehem Steel FC another blow to its playoff hopes, while also extending its winning streak to six consecutive games. The Red Bulls II have found their wings, and are flying toward the postseason with only four points now needed to claim their first USL silverware.

2. SHARPENING HORNS: Could we see a pair of teams with bull-themed nicknames play for the 2016 USL Championship this season? After Rio Grande Valley FC extended its undefeated streak to 10 games on Saturday night with a 2-0 win against a Swope Park Rangers side that had a larger-than-usual number of MLS loanees, it certainly wouldn’t be a surprise. The Toros picked up another shutout thanks to the heroics of goalkeeper Callum Irving and an outstanding penalty kick save on Paolo Nagamura, while Ruben Luna remained hot as he moved into a tie for the team lead with his sixth goal in the past five games as RGVFC closed within a point of a place in the playoffs.

3. PRINCE OF QUAILS: The Toros also remained in line to claim first place in the Western Conference with their victory on Saturday, but if the conference title doesn’t end up going through South Texas, there’s a good chance it will go through Bonney Field. Sacramento Republic FC rallied for a 2-1 win that saw “Prince of Quails” Harry Williams score the game-winner with five minutes to go in a game that saw a pair of firsts for the hosts, with former Ventura County Fusion player Matt LaGrassa scoring his first goal for the club, and former Fresno Fuego defender Elliott Hord notch his first assist on Williams’ winner. Republic FC is now undefeated in eight games, and 5-0-2 since the start of August, and will have thoughts of two titles in three seasons as the postseason draws near.

4. FEELING BLUE: Orange County Blues FC was handed a slight reprieve by its fellow contenders for a place in the playoffs thanks to results elsewhere, but the Blues will still face an uphill battle to get back to the postseason for a second consecutive season. Didier Crettenand’s free kick to give the side the lead late in the first half was another moment of great skill for the Swiss midfielder, but the side now faces a gauntlet of visiting a Real Monarchs SLC side that could overtake it with a win on Friday, and then two contests against Rio Grande Valley and Colorado Springs sides fighting for a high seed that will offer little margin for error.

5. KNOCK ON WOOD: The Monarchs might have come away from the weekend with the most disappointing result of any team in the Western Conference playoff race, and will be cursing their luck as the woodwork played a key role in Real’s 1-1 draw with Tulsa Roughnecks FC on Saturday night at Rio Tinto Stadium. The Monarchs hit the post twice before the Roughnecks took the lead on a bad defensive mistake, but got a great equalizer before the halftime break on a rocket by Ricardo Velazco. More chances arrived for Real in the second half, but the side was unable to capitalize as the Monarchs missed out on three points at home.

6. UP FOR GRABS: With Swope Park and Orange County both falling, and the Monarchs held at home, the door opened slightly for San Antonio FC on Sunday evening to cement a place in the top eight when it hosted Arizona United SC. SAFC did enough to move back into the playoff positions after a 1-1 draw that saw United’s playoff hopes take another hit, but the side could have made itself far more comfortable had it found a way to take a victory. The side remains in a favorable position to reach the playoffs, but its meeting with the Monarchs on Sept. 13 is now looking even more crucial than before.

7. WOLVERINES: Across the other side of the Rocky Mountains, Colorado Springs Switchbacks FC was having no such problems with finding the back of the net in a 3-0 win against the LA Galaxy II that might have been their best performance of the season so far. The Switchbacks got a pair of goals from Mike Seth – who had been billed as the X-Men’s Wolverine in the club’s promotion of Superhero Night at Switchbacks Stadium – and the brace couldn’t have arrived at better times in the contest. With one goal in the 10th minute putting the visitors on the back foot early, and a second in first-half stoppage time to give his side a big boost just before the break, Seth moved into a tie for the team lead in goals with a standout performance.

8. JACK’S CHARGE: Another side that had a big week in front of goal was the surging Charlotte Independence, who scored eight goals in two games to claim a pair of victories and at least a temporary claim on third place in the Eastern Conference after Sunday’s 5-1 romp against Toronto FC II. The Independence’s loss to Charleston a week ago is the only blip in a 6-1-2 run of form since the middle of July for Coach Mike Jeffries’ side, which now sits third in goals scored in the Eastern Conference with 43 this season. With four games to go, Charlotte is putting pressure on the teams now below them to match their surge, lest they have to visit Ramblewood Stadium in the postseason.

9. MIGHTY QUINN: Another side putting the pressure on in the East is Louisville City FC, which strengthened its grip on second place thanks to Aodhan Quinn’s winner in a 1-0 win on the road against a recently-hot FC Montreal. Louisville is undefeated since the start of August, and is getting back to the things that made it successful in the first half of the season when it ran off a 17-game undefeated streak. It is unlikely City will catch New York for first at this point, but the pressure is on those chasing to pick up wins.

10. BACK HOME: The team under most pressure from Louisville’s back-to-back victories is FC Cincinnati, which goes into Monday evening’s USL Game of the Week on ESPN3 against Saint Louis FC at Nippert Stadium off its first back-to-back defeats of the season. Cincinnati has been excellent to watch throughout its inaugural season in the USL, and will want to reward its fans with the chance to host at least one playoff game, but that means the side must deliver on Monday to regain third place, and keep the heat on Louisville ahead of its key game with Richmond on Saturday night.

11. BEST FOR LAST: The best ending of the weekend came in its first game, as Darwin Jones’ 93rd-minute winner lifted Seattle Sounders FC 2 to a 2-1 victory against Vancouver Whitecaps FC 2 at Starfire Stadium, and as a result kept S2’s playoff hopes firmly alive. S2 will have been thrilled by the results it saw around it over the past two days, and caps the Labor Day doubleheader with the return leg of its home-and-home series with WFC2. Claim a sweep, and suddenly the pressure on everyone will ratchet up a little bit higher with three weekends to go.