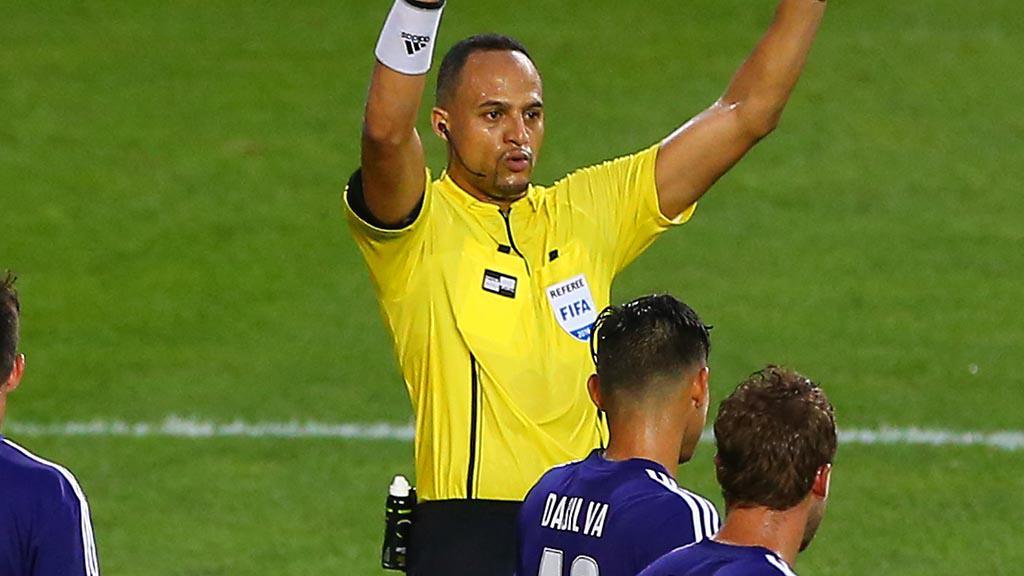 As the man in the middle for the first live test of the Video Assistant Referee system last Friday when the New York Red Bulls II hosted Orlando City B at Red Bull Arena, veteran referee Ismail Elfath was proud to have been part of a piece of soccer history.

“This is a major milestone in the ever-evolving profession that we are in,” Elfath told PROReferees.com “I see nothing but a bright future for refereeing now that we have such a valuable tool at our disposal. Congratulations must go to all involved in making it a reality.”

The center official for the 2013 USL Championship as he worked his way up the coaching ranks, Elfath has been part of more than 100 MLS regular-season and playoff games since the 2011 season. Last Friday, his decision to use the VAR system to review a foul by Orlando’s Conor Donovan on New York’s Junior Flemmings made history as the first of its kind in a professional league game. The review confirmed Elfath’s original decision that the foul occurred outside the penalty area, and saw Donovan be sent off for denial of a goal-scoring opportunity.

The review system was used once more in the second half to check a challenge by Orlando’s Kyle McFadden that resulted in the issue of a yellow card. Overall, however, Elfath was pleased with the way the system worked throughout the game.

“I was very pleased with the game – there was little yet crucially positive impact of video replay on the match,” Elfath said. “Credit must go to the many involved over the past several months to ensure a successful introduction of video replay. Especially [David] Elleray of the IFAB, PRO, and MLS leadership.”

Ellaray, a former FIFA and Premier League official and current Technical Director of the International Football Association Board, was present at the game, as were officials from PRO Referees, Major League Soccer and the USL. PRO official Allen Chapman had the duty of serving as the VAR for the game, and was pleased with the test’s success.

“I thought it went very well and the partnership between the center referee and the VAR was better than expected,” Chapman said. “While it was a different feeling than being on the field, the pressure of checking every decision and staying within protocol set by IFAB was equally challenging in addition to working with the replay operator and the need to communicate with the center referee. I felt like an integral part of the crew and even though I wasn't on the field, the intensity and expectations were similar to being on the field.”

Testing of the system will continue on Friday night when the Red Bulls II host Louisville City FC in a crucial game in the USL Eastern Conference playoff race. 2013 MLS Referee of the Year Hilario Grajeda is set to be the center official for the game, announced this week by PRO.

Having been the first to experience the system on the field, Elfath is definitely pleased with what it offers referees, and the game as a whole.

“As referees, we share the same passion for the game as any avid fan, so any tool that helps in correcting clear errors of game changing decisions is very much welcomed,” Elfath said. “The testing so far has eased the concerns regarding game flow, so we are happy.”