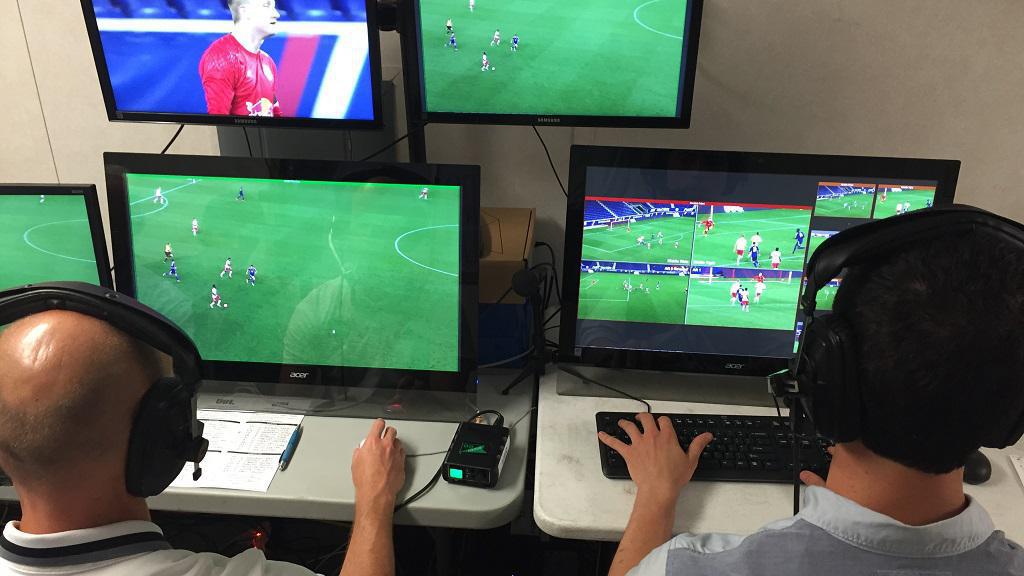 TAMPA, Fla. – The Video Assistant Referee proves successful as New York wins in another rout, and the dam finally breaks for Rio Grande Valley FC. Here’s what we learned from Week 21 in the USL:

1. UPON FURTHER REVIEW: The Video Assistant Referee system was tested in a live game for the first time on Friday night as the New York Red Bulls II played host to Orlando City B, and appeared to work exactly as had been hoped, as two decisions utilized the system. The first review, in particular, was quick and saw the game return to action following the sending off of OCB’s Conor Donovan, and while there’s still plenty of work ahead, everyone on site agreed it was a positive step toward the potential implementation of the system in the future.

2. FIVE-STAR SHOWING: While the VAR proved a success, the New York Red Bulls II put in a second consecutive five-goal performance that signaled the side is back to its best as it moved on top of the Eastern Conference with a league-best 14th win of the season. The Red Bulls II’s 5-1 victory against Orlando highlighted the team’s attacking depth as four different players found the back of the net, and brought OCB’s nine-game undefeated streak to a screeching halt.

3. DAM BUSTERS: Another side that put on a big attacking display was Rio Grande Valley FC, which like New York brought a long undefeated streak to an end in its 6-0 victory against Seattle Sounders FC 2. It took until late in the first half for the Toros’ recent scoring drought to come to an end, but it did so with a stroke of brilliance in Emilio Garcia’s 44th-minute free kick. The Toros quickly added a second in first-half stoppage time, and never took their foot off the pedal in the second half as a worn-down S2 side collapsed late on, conceding twice in second-half stoppage time.

4. SHUTDOWN CORNER: While the Toros were reestablishing their attacking prowess, the side’s defense recorded its sixth consecutive shutout on Saturday night against Seattle, a remarkable feat that could see the side emerge as a dark horse for a high seeding in the Western Conference playoffs. RGVFC is now only four points back of the three-way tie for first place in the conference standings, and could be within a point on Thursday night after its trip to face Tulsa at ONEOK Field. Given the Toros’ impressive home form – they haven’t lost on home turf since their home opener against the LA Galaxy II – it’s unlikely anyone would be looking forward to a trip to South Texas in October.

5. ON THE MOVE: Sacramento Republic FC is one of the teams the Toros are chasing at the top of the standings, with the 2014 champions’ fast start in Saint Louis making the difference in a 4-3 victory on Saturday night that may have been the most entertaining game of the weekend. Sacramento will rightly be concerned about its defensive work in the second half, but the attacking form that Tommy Thompson, Cameron Iwasa and Matt LaGrassa – making his first start – showed in the contest was breathtaking, and gave Republic FC its second win in its past three games.

6. MISSOURI MELTDOWN: Early goals proved costly for both Missouri-based teams on Saturday night. As Saint Louis was falling into a three-goal hole it was unable to escape from, the Swope Park Rangers conceded early against Real Monarchs SLC, and were then stymied the rest of the way to leave both outside the playoff positions at the end of the week. Next Sunday’s game between the two sides could now prove a defining moment for both teams as to whether they make or miss out on a postseason berth.

7. STEP FORWARD, STEP BACK: One of the teams that is proving the most difficult to figure out is Orange County Blues FC, which took a midweek victory on the road against then first-place side Vancouver Whitecaps FC 2 to move into the playoff positions, and then lost to the then 14th-place Portland Timbers 2 on Sunday afternoon to remain within touching distance of the chasing pack. The Blues’ form – they’re 3-3-0 in their last six games – has put them in position to return to the playoffs a season after finishing top of the Western Conference, but with three consecutive games against the LA Galaxy II and a home-and-home series with Sacramento Republic FC, it will be interesting to see which Blues team shows up.

8. EVEN STEVEN: Going into the weekend, the game between the Richmond Kickers and FC Cincinnati was one of the must-sees, and it certainly lived up to expectations with an entertaining contest that finished all square. After the two teams had played to a thrilling 1-1 draw in the first meeting this season at Nippert Stadium thanks to Hugh Roberts’ late goal for the Kickers, Cincinnati’s Andrew Wiedeman returned the favor at City Stadium with an outstanding free kick. With the way the seeding is shaping up, it might take some upsets for a rematch to arrive in the playoffs this season, but another clash of the type we’ve see already this year would definitely be appetizing for most neutral fans.

9. LOUISVILLE LULL: After Louisville City FC clinched a playoff place last season, the end of the year saw the side lose momentum in its pursuit of the Rochester Rhinos late in the year as it closed the regular season with three consecutive defeats. City is now almost assured of a return to the playoffs, but its draws in the past week against Harrisburg and Rochester ask questions whether the same thing is starting to happen again. With New York now in the driver’s seat for first place, holding now not only two games in hand, but the tiebreaker edge in total wins and goal differential, Louisville might need a boost after going 1-2-2 in its last five games to hold off a Cincinnati side that could catch it with a positive run of form.

10. STRIKING OUT: The Charlotte Independence haven’t been flashy in putting a firm grip on a place in the Eastern Conference playoffs, but their 1-0 victory against Wilmington Hammerheads FC on Saturday night was their third in the last five games, and extended their undefeated streak to the same figure. With a balanced attack that now has four players with five goals or more this season after Brian Brown’s tally against the Hammerheads, the Independence could cause some headaches for teams down the stretch, and into the postseason.

11. VIVE LA DIFFERENCE: Last week brought the chance of first mathematical elimination from playoff contention this year as FC Montreal sat with just seven points with nine games remaining. Thanks to results elsewhere, that threat still remains, but at least the young Quebecois side isn’t going to go down without a fight. With seven goals in its past two victories against Pittsburgh and Charleston, FCMTL has shown off some wonderful attacking verve as it looks to end its season on a bright note.