Game between Red Bulls II, OCB on Friday will be first competitive contest to use live, in-game technology 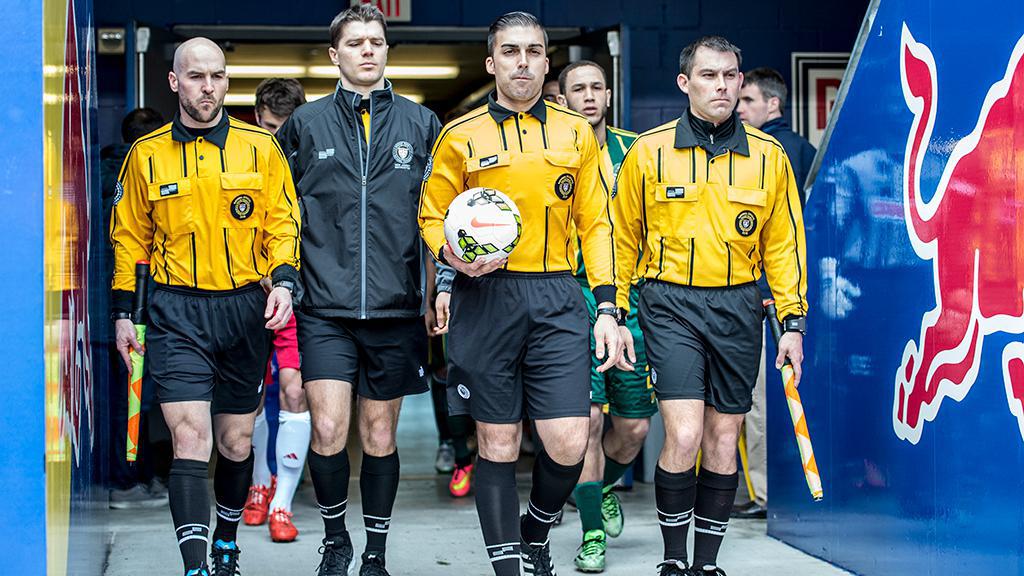 TAMPA, Fla. – The USL, in collaboration with Major League Soccer, will continue to serve as a leader in video review testing as the International Football Association Board (The IFAB) will oversee a live Video Assistant Referee trial during the game between the New York Red Bulls II and Orlando City B at Red Bull Arena on Friday night (7 p.m. ET | Match Center).

Following the second IFAB workshop at Red Bull Arena last month, MLS and the USL offered The IFAB an opportunity to further test communication between the Video Assistant Referee and the on-field referee through trials in select USL regular-season matches. These trials are important preparation for future experiments that will take place in competitions across the seven countries confirmed for participation in the VAR program, as well as in select FIFA competitions.

“We are absolutely thrilled to be part of what is a historic moment for our sport,” said USL President Jake Edwards. “The use of the VAR system will help referees make sure that clear and obvious errors are omitted from the game, boosting the integrity of the sport in the future. We are very excited to see the system in live action at Red Bull Arena.”

The Red Bulls II’s final five home games of the USL regular season will all see the video review experiments in place, as The IFAB focuses on ensuring that communication between match officials and the Video Assistant Referee is clear, precise, and efficient, with the aim of reducing avoidable delays during the review process and minimizing the impact on the flow and excitement of the game.

The IFAB conducted the first closed-door live tests of the VAR system last month at Red Bull Arena, as officials were able to familiarize themselves with the use of the technology, while also aiming to maintain the flow of the game.

In addition to the work previously done in the United States, workshops and meetings have also been held in the Netherlands and Switzerland. Now, for the first time, the system will be used for a professional league game.

“With our team having seen the system in operation throughout this testing phase, we are looking forward to seeing further VAR live experiments used in USL games,” said USL VP of Competition and Operations Perry Van Der Beck, who will be in attendance on Friday night. “This is a groundbreaking moment for soccer as a whole, and we are proud to be part of it as we work alongside MLS and the IFAB on this project.”