Mansaray Making his Move in Second Season with S2 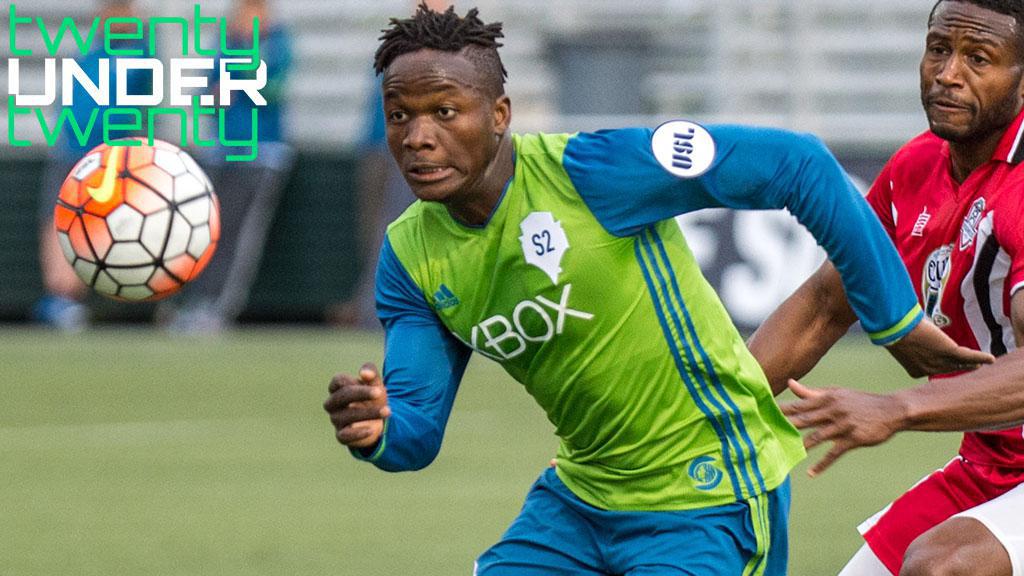 Victor Mansaray is already in the Seattle Sounders history books.

Mansaray went on to make two other brief appearances for the Sounders’ MLS side last season, but this year the next step in his career has been with Seattle Sounders FC 2 in the USL.

After notching his first goal for S2 early this season, Mansaray has continued to flourish both in the USL and for the U.S. U20 National Team. The fruits of his labor are starting to be seen as he sits second on the team in goals behind fellow Homegrown signing Darwin Jones, who overtook him for the team-high this past Monday.

There's a long road ahead for him in the professional game, but the Sierra Leone-born forward is happy with how things are progressing so far.

"I feel like it's all coming along," Mansaray said recently. "Last season was a good season for me. After getting some MLS minutes in me, I think that helped my confidence coming in to this year.

“Even with me leading the team in scoring, I just want to say it's all about the team. It's all about teamwork and stuff. Those guys out there put me in a good position to score goals. I've just got to make sure I finish my chances."

Mansaray has made 14 appearances for S2 this year, clocking up just under 1,000 minutes and adding four goals. He’s still very much a work in progress and still has a lot to learn and hone in his game, but S2 Head Coach Ezra Hendrickson has already seen a lot of improvement in the striker in the two years he’s had him under his tutelage.

"Since he started playing with S2, his game has developed in his movement especially," Hendrickson said. "His movement off the ball. When he first came to us he was very stagnant. He was used to not having to move much in the academy, whether to get the ball or lose defenders. I think that aspect of his game has changed a lot and that has allowed him to lead us in scoring so far this season."

A natural goalscorer, Mansaray regularly found the back of the net with the Sounders Academy, after joining them midway through the 2012/13 USSDA season. With 29 goals in 35 games in a season-and-a-half with the U16 side, Mansaray moved up to captain the U18 team and continued to add goals. 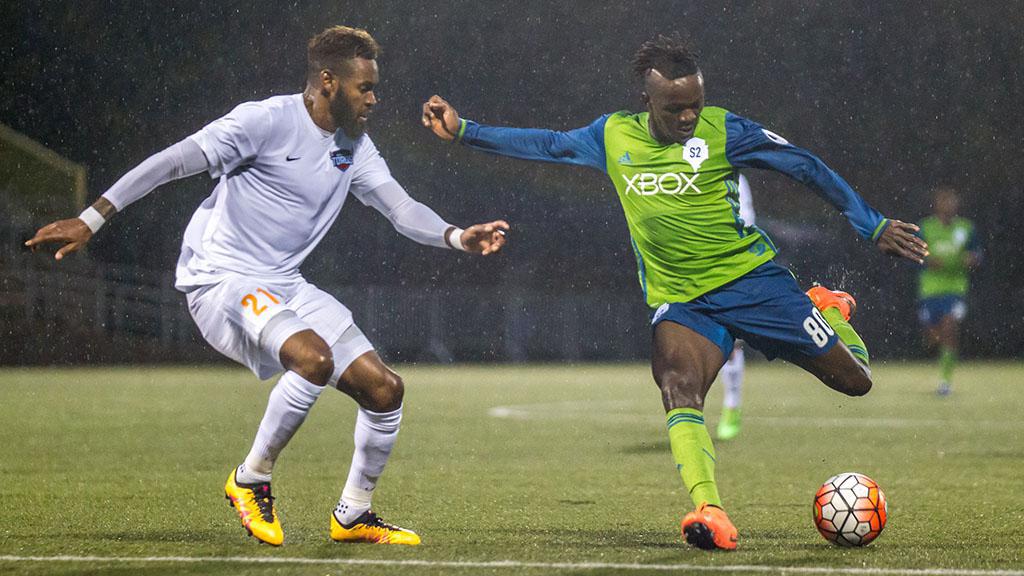 After scoring in the U.S. Open Cup in his rookie season, while notching one assist in the USL, the Sounders have tweaked how they utilize Mansaray, playing him as an out-and-out striker, and they’re starting to see the rewards. Hendrickson has been pleased with what he’s seen, and what Mansaray offers the team in general.

"He's a very technical player,” Hendrickson said. "Very strong on the ball. He's got deceptive pace. He has a very good vision and is able to make the final pass. Now that we have him playing as a number nine, he's able to move and hold the ball for us and let the play build up."

The next couple of seasons will be crucial to Mansaray’s future, as he tries to carve out a career for himself in the pro game, while also taking aim at a place in the U.S. U20 squad for next year’s CONCACAF U20 World Cup Qualifying. It’s still early days, but Hendrickson has no doubts that the young striker “definitely” has what it takes to play regularly in MLS with the Sounders one day.

"Once he develops his movement off the ball, a little more than he has so far," Hendrickson added. "He's made great strides within the past year. Once that develops more he'll be a very good MLS talent because he has the physical strength and he has the vision and technical ability. Sometimes it's just his movement off the ball, but once he buys in to that and gets fully where he needs to be, he'll be a very good talent in the league." 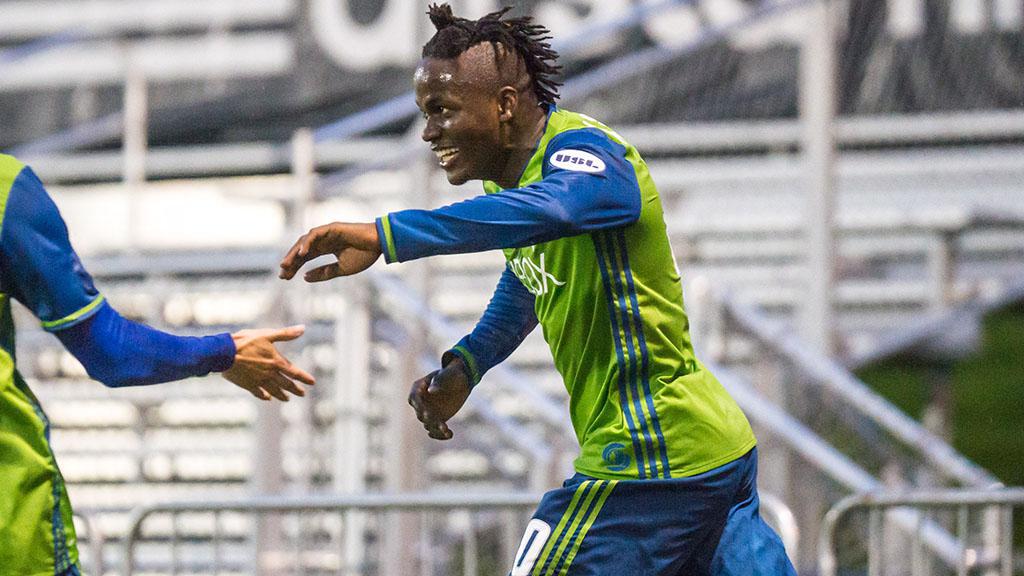 Mansaray knows the hard work that’s ahead of him to make the next jump and how key impressing in what he describes as the “good platform” of USL is to his future. If he can consistently perform at USL level, the MLS minutes should naturally follow, but to get there he is aware that he needs to improve several aspects of his play.

"I still feel I have to work on my finishing and my goalscoring, which is coming along pretty well," Mansaray said. "I still have a lot of work to do with my heading. If I keep working hard, I just feel it's going to all come together."

That taste of MLS minutes last year, along with training regularly with Seattle's first team, has given Mansaray the hunger and desire to put the hard work in with S2 to get noticed. For now, he's just taking it all in and enjoying every minute.

"It's been good," Mansaray said. "You want to be in that locker room with these players and with the first team every weekend. But if that's not the case, when you go down with the USL team, you've got to make sure you take care of business."