From Academy standout to Homegrown signing, Etienne is close to center stage 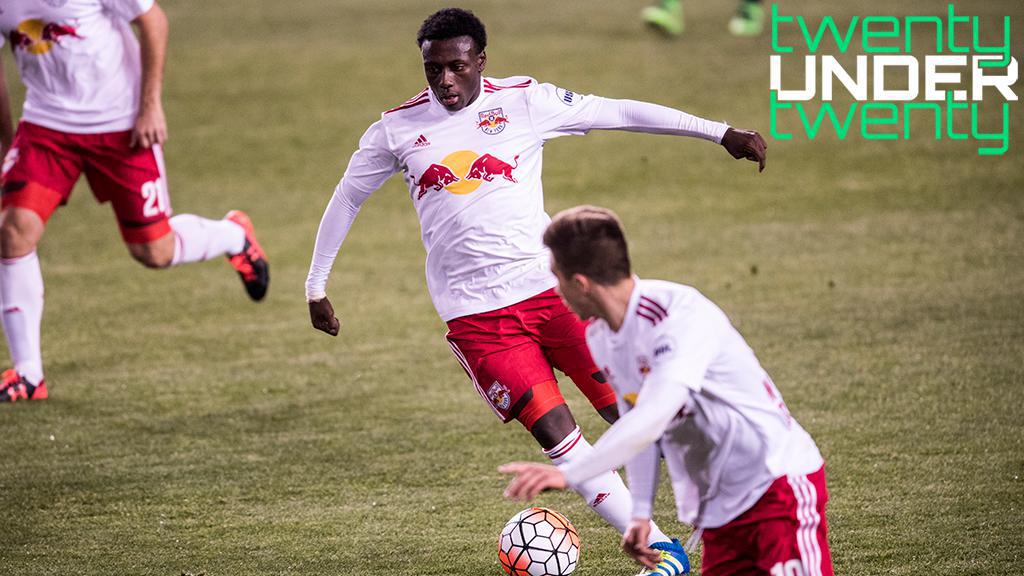 The countdown of the Top 5 in the USL 20 Under 20 series continues with a player who went from being a standout Academy signing in the New York Red Bulls II’s first season, to a freshman sensation at the University of Virginia, and now a Homegrown centerpiece for the current USL Eastern Conference leaders.

The son of a former USL player, Derrick Etienne Jr. has shown himself to be one of the brightest prospects to come out of the Red Bulls Academy over the past two seasons in the USL. Signed to an Academy contract in 2015, Etienne had three goals and three assists in 14 appearances before departing for his freshman season at the University of Virginia.

After being named to the ACC All-Freshman Team for the Cavaliers, Etienne signed as a Homegrown Player with the Red Bulls this offseason. Since then, he has continued his ascent with the Red Bulls II, recording a team-high five assists and two goals in 17 appearances this season. Also a member of the Haiti U23 National Team, Etienne may have only scratched the surface of the potential he has.

TopDrawerSoccer.com Scouting Report
Etienne only scored two goals in his brief one-season stay at the University of Virginia, but both foretold his future success as a pro: one was a game-winner and the other was a mazy 50-yard solo run that nearly won him the TopDrawerSoccer.com 2015 College Goal of the Year award. Etienne, who distinguished himself for years in the Red Bulls’ prodigious youth system, is the kind of player to devastate whole defenses with a moment of individual brilliance. There are few players in the country more exciting.