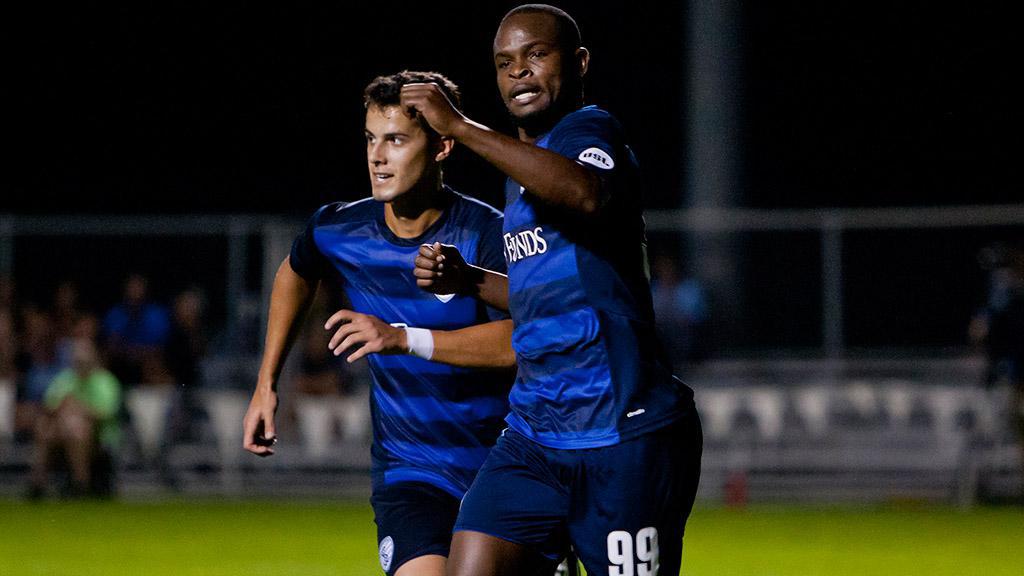 TAMPA, Fla. – Swope Park sets up a massive midweek clash, while others spin their wheels in the pursuit of first place. Here’s what we learned from Week 19 in the USL:

1. SWOPE SWOOPS TO WIN: Every win throughout a season is important, but there are some that – when the season comes to its conclusion – can be looked at as slightly more significant. Such a result may have been the Swope Park Rangers’ 2-1 victory against San Antonio FC on Saturday night, which allowed the Rangers to retain their place in the top eight of the Western Conference standings, and create separation from the teams sitting outside the playoff positions.

2. COMEBACK CLINCHER: Not only was the result a significant one for the Rangers; the manner in which they accomplished it was too. For the first time in its short history SPR came back from a deficit to claim a victory, as goals by Dane Kelly and Mark Anthony Gonzalez overturned a halftime deficit. Gonzalez has looked very bright for the Rangers this season and will be a player to watch on Wednesday night in another critical contest against Saint Louis FC.

3. RECORD FOR RICHEY: It might not have been the most spectacular goalkeeping performance of the season, but Vancouver Whitecaps FC 2’s Spencer Richey’s nine-save outing against Colorado Springs Switchbacks FC on Friday night allowed WFC2 to first edge into a slim lead in the Western Conference, and maybe as importantly keep the Switchbacks at arm’s length as Coach Steve Trittschuh’s side looked to gain ground. Richey set a WFC2 record with his performance, and may be the go-to down the stretch now for Coach Alan Koch.

4. FAILURE TO LAUNCH: Friday night’s result in Colorado Springs left the door open for the LA Galaxy II and OKC Energy FC on Saturday night, but neither were able to take advantage. Los Dos had most of the play, but none of the finishing as they fell 2-0 to Orange County Blues FC in the I-405 Derby, while Energy FC maintained its undefeated streak, but couldn’t gain ground on Vancouver after a 0-0 draw against Saint Louis FC.

5. EASTERN STALEMATE: As with the Galaxy II and Energy FC, the weekend for the top four in the Eastern Conference was one where each of the teams could feel they missed out on an opportunity. Louisville’s stoppage-time collapse against Orlando City B came moments after the New York Red Bulls II had suffered a similar fate against the Richmond Kickers. Squaring off in front of 19,229 at Nippert Stadium, though, neither Cincinnati nor Charleston was able to deal a decisive blow and close the gap more significantly after a 1-1 draw.

6. ALIVE AND KICKING: Richmond’s win against the Red Bulls II, meanwhile, saw the Kickers continue their surge up the Eastern Conference, as Jackson Eskay’s first professional goal in stoppage time resulted in another three points for the hosts at City Stadium. There remains a gap to be bridged between the Kickers and the top four with 10 games to go, but the way the side is playing right now is much more like the side we expected to see at the start of the season, and is getting locked in for a sixth consecutive playoff berth.

7. LIONS ROAR BACK: If Swope Park’s victory against a side it was battling for a place in the playoffs was massive for its season, then Orlando City B’s astounding victory against Louisville was probably a bonus the side wasn’t expecting to get. With seven shots on goal to the hosts’ five in front of 8,351 fans at Slugger Field, OCB pulled the sort of turnaround USL fans got used to seeing in the club’s former life in the league as Orlando City SC, and put decent distance between itself and the chasing pack.

8. HOME BLUES: Orlando’s win took on even bigger meaning when the two teams chasing it for the eighth and final playoff place in the Eastern Conference – Bethlehem Steel FC and Wilmington Hammerheads FC – both slumped to home defeats against teams below them in the standings. Wilmington’s 4-1 loss to the Pittsburgh Riverhounds saw the Hounds seem to get the breaks that hadn’t gone their way so far this season, while Bethlehem’s 3-2 loss to Toronto FC II on Sunday illustrated what a dangerous team TFC II is going to be down the stretch, even with the playoffs likely beyond their reach.

9. HAIL, CAESAR: If there’s a team both the Hammerheads and Steel can try to take inspiration from, it’s Orange County Blues FC, which revived its playoff hopes on the back of a two-goal performance by Trevin Caesar against the LA Galaxy II on Saturday night. The Blues need much more of the same if they’re to return to the postseason for a second consecutive season – they still sit two points out of eighth place – with the hard-charging Seattle Sounders FC 2 and San Antonio FC also poised to try and break into the playoff field. This week’s games against two teams below the Blues in the standings in Tulsa and Arizona now look critical.

10. MAKING IT MATA: The playoffs are still a bit too far away for Tulsa Roughnecks FC to contemplate, but that’s not going to stop the club from being a thorn in other teams’ sides, as evidenced in Saturday night’s road win against Arizona United SC. Cristian Mata’s stoppage-time winner pushed the Roughnecks to their third win out of six games in July, and they’ll be far from a pushover for Orange County on Thursday night with the pressure firmly on the visitors at ONEOK Field.

11. MONDAY NIGHT FUTBOL: As some teams stuttered over the weekend, Monday night will bring the chance for Seattle Sounders FC 2 and Real Monarchs SLC to try and restate their playoff credentials. Tonight’s contest kicks off a very busy week across the league, which also sees games like OKC Energy FC vs. Sacramento Republic FC on Tuesday night in the USL Game of the Week on ESPN3, Rochester Rhinos vs. Richmond Kickers on Wednesday in a classic Eastern Conference clash, and the aforementioned Roughnecks vs. Blues game on Thursday. There are 21 games scheduled between now, and this time next week. Buckle up.