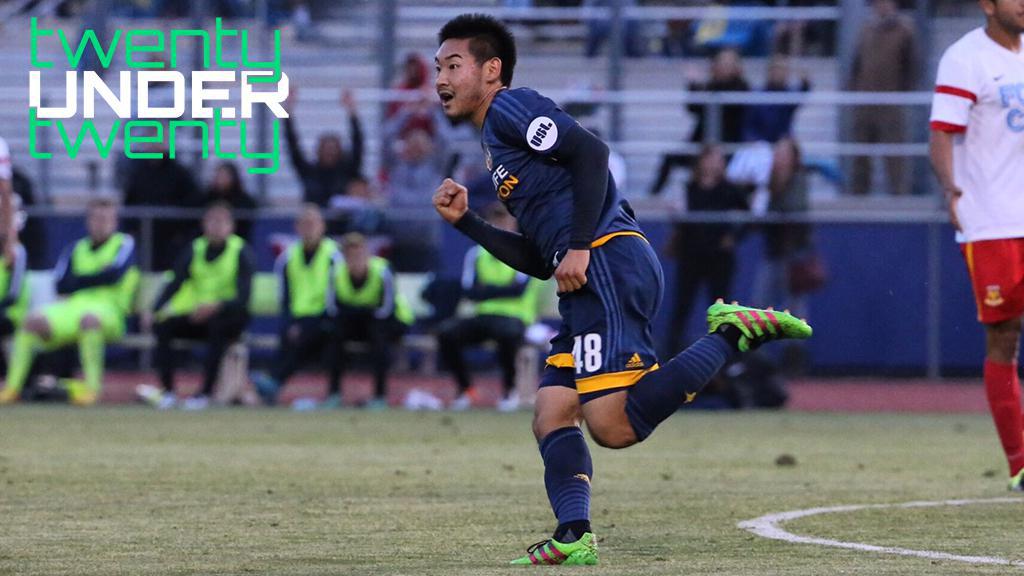 When the LA Galaxy II signed Ryo Fujii to a professional contract last February, the deal made headlines due to the unique details of the agreement that allowed Fujii to continue his education with financial aid from the Galaxy despite the young midfielder forfeiting his scholarship at the University of California Santa Barbara. The progressive deal was hailed by fans and pundits alike.

Fast forward 15 months and Fujii is making headlines with the Galaxy II once again, this time for his play. Since signing with Los Dos, Fujii has not only continued his education, but he has also flourished as a mainstay of the Galaxy II’s midfield this USL season.

“I’ve definitely progressed since last year,” Fujii said this week by telephone. “I think it was that one year of experience that has helped me so far, transitioning from college to the professional level. Just playing day in and day out has helped me a lot.”

Fujii came to the Galaxy II a heralded prospect who had developed in the club’s academy, and was fresh off his freshman season with UC Santa Barbara where he appeared in 19 games for the Gauchos, recorded two assists and garnered Big West All-Freshman Team honors.

Fully monitoring his progression and success at the collegiate level, LA felt that it would be better for Fujii’s advancement if he made the jump to the pros sooner rather than later. When the Galaxy offered Fujii a contract with Los Dos and financial assistance to continue his education at Cal State Dominguez Hills, on which’s grounds StubHub Center is located, the former Gaucho jumped at the chance to be a pioneer and become the first player to partake in the Galaxy’s mission to develop young players professionally while offering them a chance to obtain a college degree.

“It’s the best of two worlds,” said Fujii. “You can work on your career while pursuing your degree, just killing two birds with one stone. It’s great, and something that’s never been done before. I was more like an experiment, and it worked out. I was worried at some parts, but so far it’s been working out great. For me, I think it was the best way to pursue my career.”

Upon signing Fujii, the Galaxy II coaching staff knew that they had a player whose ceiling was very high. They also recognized that he would need some time to develop into a player who would contribute on a consistent basis. The Galaxy II proved to be the perfect environment for Fujii to mature.

“The way you need to look at these things is that when a freshman goes to college, often that first year is very, very difficult. It’s an adjustment period, unless you’re just really exceptional and you’re physically mature, and then each year you get better. In this case, it’s an even higher level and the jump is even greater. Our plan was that we felt it would take him a year before he was ready to contribute and be a reliable part of our team, and that is exactly what happened. Even as early as the beginning of preseason this year, he wasn’t quite yet reliable on both sides of the ball, but he has been outstanding since. He’s done a really good job and continues to get better, so he’s right on track with exactly what we expected.” 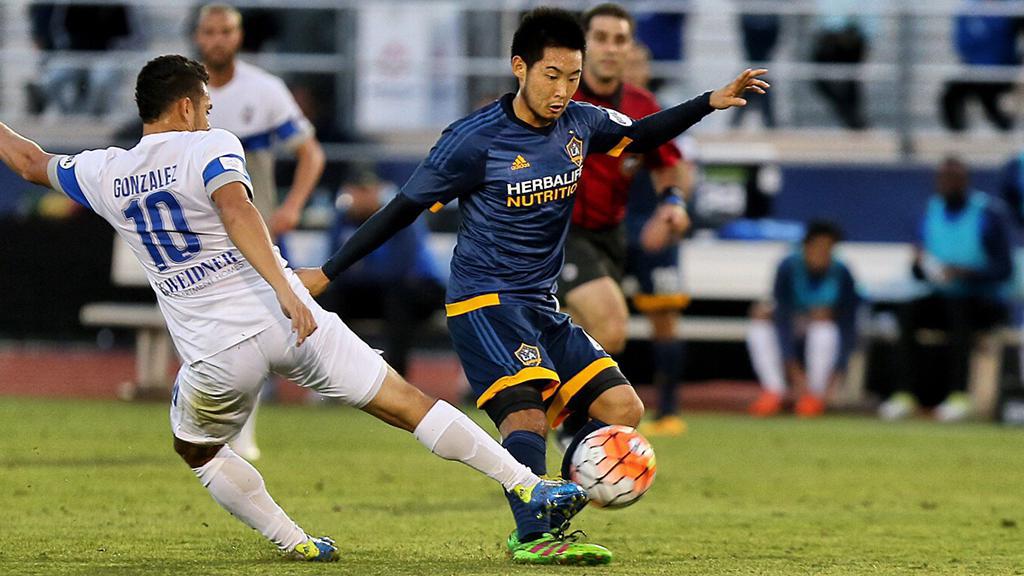 After finding his footing last year, and during this year’s preseason, Fujii started the 2016 USL season a vastly improved player. In just his second game of the year, and his first start, Fujii went 90 minutes in midfield and scored the second of Los Dos’ three goals in a comeback 3-3 draw against Real Monarchs SLC on April 2.

Since then, Fujii has cemented his place in the Galaxy II’s midfield, earning significant minutes in just his second professional season. In addition to becoming an integral piece in Onalfo’s weekly game plan, Fujii has impressed many people who tune into the league regularly. His two-goal performance against Arizona United SC in late May earned him his first spot in the USL Team of the Week.

Despite his progression and success this season, Fujii recognizes that he still needs to continue to grow as a professional. However, he feels that he is in the perfect place to experience daily competition with LA that will allow him to make continued strides both on and off the field.

“Soccer-wise, you’re playing in an incredible environment you have from the academy to first team,” said Fujii. “You’ve got legends like Robbie Keane, Steven Gerrard, Giovani [Dos Santos] to little kids in the academy that practice with us. It’s a great environment with everyone, where can see what level you play at and compare it with all of the top players that we have in this club.

“Competition is very high, so I believe that is a big challenge. Also, in saying that, it’s a blessing in disguise. We want competition in our career. You want to get better every day, so it’s actually been great for me. The more competition there is, the more you want to become better.”

In just a little over a year, Fujii has not only fulfilled his dream of playing professional soccer, but also thoroughly impressed Los Dos’ coaching staff. Though the road to continued success is a long one, Onalfo believes that if Fujii continues to work hard his future with the Galaxy organization will be very bright.

“He’s got to continue to keep doing what he’s doing,” said Onalfo. “Not only can he make those passes, but he can score, and you’ve seen some to those goals that he’s scored already. He just has to continue to be productive and continue to grow physically and mentally and become tactically more astute each day. In the environment that we are creating, we feel it will breed that. I still see him as a guy that has a lot more time to develop. He needs to get more games under his belt. It’s going to be really fun to watch his progress over the next year or two.” 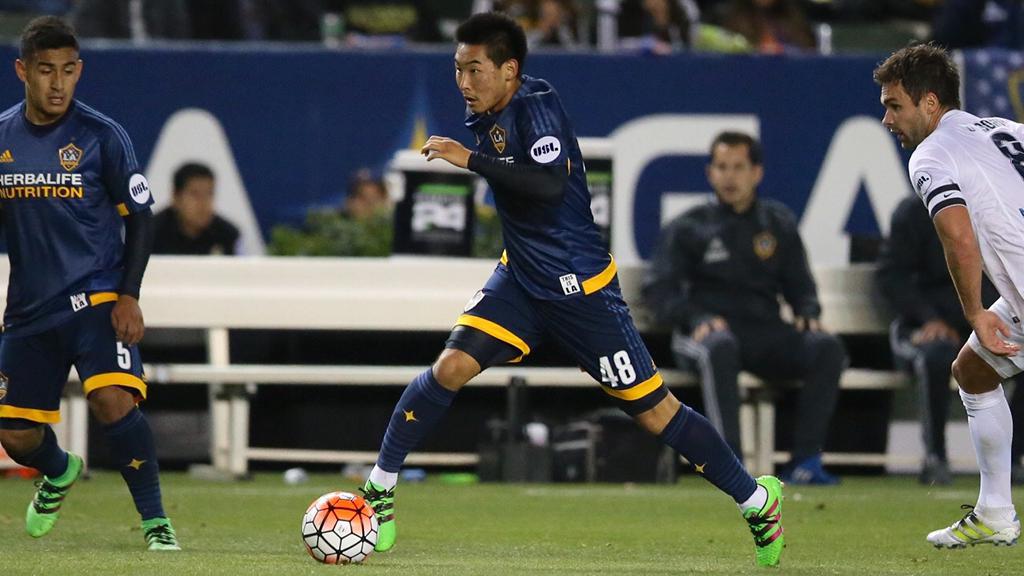 For Fujii, the journey has been rewarding thus far, but there is still plenty that he wants to accomplish, and he knows that continued hard work is what will allow him to reach his goals and join former Galaxy Academy and Galaxy II products like Jack McBean, Jose Villarreal, and Gyasi Zardes on the club’s first team roster.