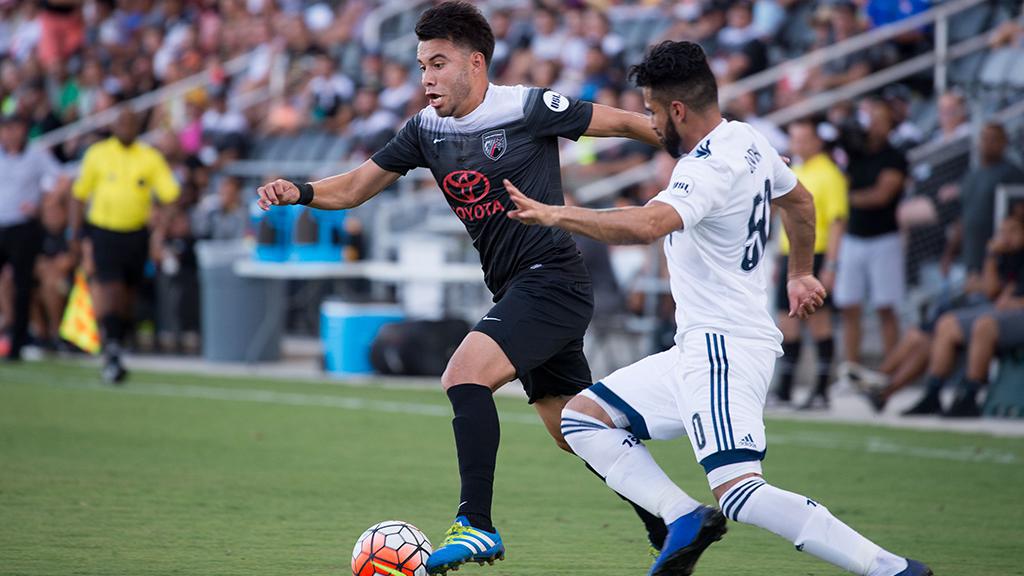 SAN ANTONIO – San Antonio FC extended its undefeated streak to six games, and moved into the top eight in the Western Conference, with a 2-0 victory against Vancouver Whitecaps FC 2 on Saturday night at Toyota Field. WFC2 got the first big chance of the game from the penalty spot when Marco Bustos was pulled down on a free kick, but forward Kyle Greig’s shot to the left corner was saved by SAFC goalkeeper Matt Cardone. San Antonio threatened more as the half wore on, but was unable to find a breakthrough before the halftime break. The hosts continued to have the better of the game in the second half, but Whitecaps FC 2 goalkeeper Spencer Richey made a strong save to deny Cesar Elizondo a goal on his debut for SAFC just before the hour-mark to keep the game scoreless. San Antonio got its own chance to score from the spot in the 64th minute, though, as Michael Reed was brought down, and Rafael Castillo made no mistake as he shot low into the right corner. San Antonio then put the game away in stoppage time, as Frank Tayou scored his third goal since joining the side to wrap up the victory.

Rafa Castillo, San Antonio FC – Castillo not only scored the game-winning goal from the penalty spot, but also put in a composed performance in the center of midfield as San Antonio extended its undefeated streak to six games.