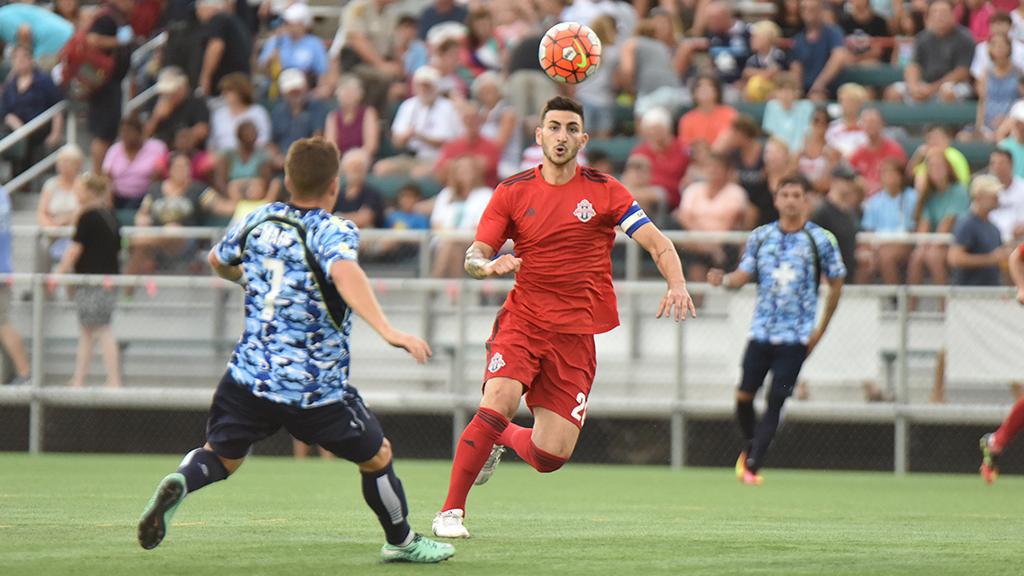 WILMINGTON, N.C. – Wilmington Hammerheads FC got three assists from Stefan Defregger as it took a 3-0 victory against Toronto FC II on Saturday night at Legion Stadium. The Hammerheads got on the front foot early, and scored the opening goal 14 minutes in as Stefan Defregger’s cutback from the right side of the penalty area was put home by Casey Townsend. Defregger was at the center of the action again as Wilmington doubled its lead six minutes before halftime as he controlled a turnover in midfield and then slipped in Austin Martz for a finish into the left corner. Defregger added this third assist of the night arrived a minute into the second half, Logan Miller the beneficiary of his cross from the right for a header,

Stefan Defregger, Wilmington Hammerheads FC – The midfielder recorded assists on all three of the Hammerheads goal in a breakout performance that could spark his season to life.