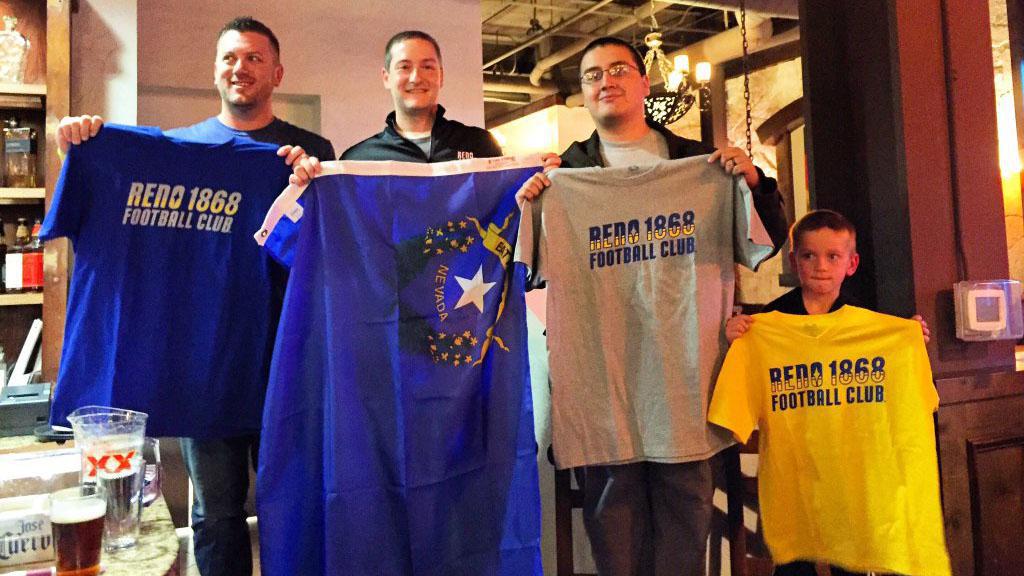 When Reno 1868 FC was introduced last September, there was all of the pomp and circumstance you might expect of the event. The Governor of Nevada, Brian Sandoval, was on hand, as was Mayor Hillary Schieve as Indiana Pacers owner Herb Simon brought professional soccer to northern Nevada.

For supporters group the Battle Born Brigade, things weren’t quite as extravagant.

“The initial meeting was pretty small, which was fine since it was at a small soccer pub,” said Matt Rafferty this week. “It was mostly speculation about the team since there wasn't a lot of information about the franchise last fall. We didn't even have a name for our group yet, we were just so excited to have live professional soccer representing our city.”

As with most things nowadays, the Brigade initially began online. David Racis created a Facebook group for potential fans of the new team, which others like Rafferty and Hunter Leach were quick to join and start to build.

“But by the time we built a core group of members the meetings have been very hands on,” Rafferty said. “Building our logo, workshopping chants, designing flags, banners and tifo.”

As 1868 FC has begun to build toward its inaugural USL season in 2017, the Brigade have also started to grow. On Wednesday night, when Sacramento Republic FC faces the Liverpool FC U21s at Greater Nevada Field, the group will get its first chance to see live action at the club’s home, and get the chance to grow their numbers among the local soccer community.

“[Wednesday] will definitely be a spectacle for us,” Rafferty said. “Having a Premier League club come to town is huge. There are so many things to be excited for but I'm mostly looking forward to the BBB having a dry run and getting our name known... and of course the crest reveal.”

With the crest, Rafferty is hoping to see something relatively simple that includes “Reno imagery.”

“The Truckee River runs right next to the stadium, so that would be nice to include,” Rafferty said.

More than anything, though, Rafferty is excited the sport he loves is coming to Reno. With a USL regular-season contest also slated for this summer as Republic FC faces Real Monarchs SLC on June 11 at Greater Nevada Field, the build-up for the Brigade is in full swing, just as it is for the club they’ll support.

“It's exciting that the sport I grew up playing and loving is coming right downtown,” Rafferty said. “Also there's finally an outlet for civic pride that doesn't involve the ‘traditional’ American sports offered from the University, Aces or the D-League Bighorns.

“And, it will be very rewarding to have a family of supporters working together.”