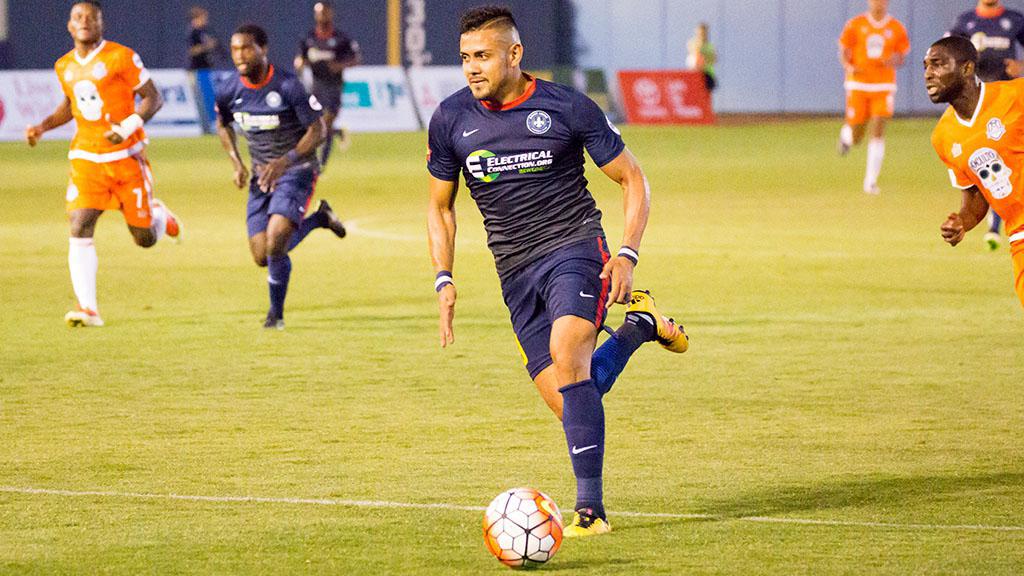 TAMPA, Fla. – Saint Louis FC forward Irvin Herrera has been voted the USL Player of the Week for the ninth week of the 2016 season after leading STLFC to a 5-2 victory on Saturday night against Tulsa Roughnecks FC. Herrera scored Saint Louis’ first four goals of the game as the side moved into fourth position in the Western Conference standings. 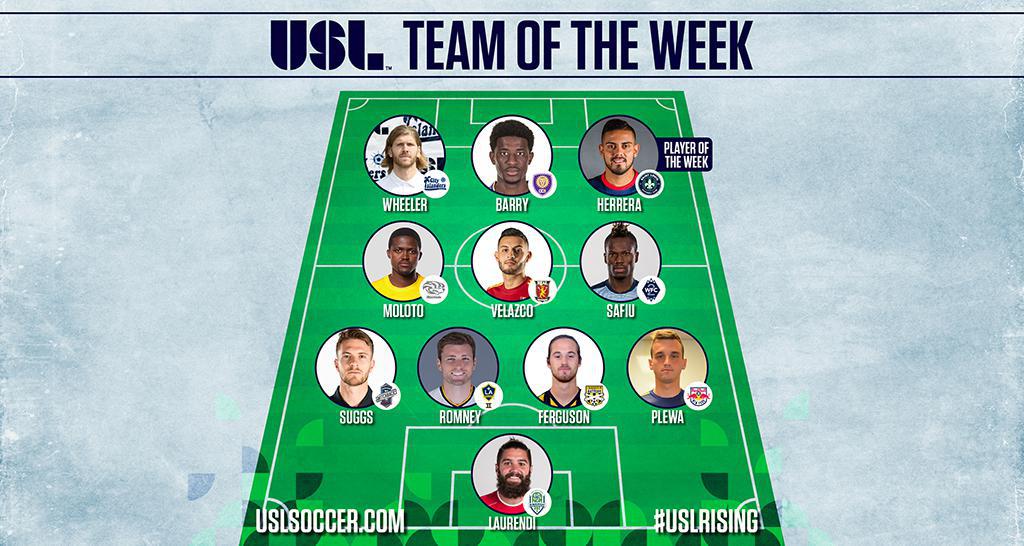 GK – Cody Laurendi, OKC Energy FC: Laurendi put in a standout performance on the road as his six-save shutout led Energy FC to a 1-0 win against San Antonio FC.

D – Shawn Ferguson, Charleston Battery: Ferguson scored with a nifty finish and then helped the Battery defense shut down Wilmington’s attack in a 1-0 win on the road.

D – Josh Suggs, Colorado Springs Switchbacks FC: Suggs scored a brilliant Olimpico for the opening goal of the game, and was solid defensively in a 3-1 win against Arizona.

M – Lebo Moloto, Pittsburgh Riverhounds: Moloto’s outstanding opening goal paved the way for the Riverhounds to claim their first win of the season on Saturday night.

M – Ricardo Velazco, Real Monarchs SLC: Velazco had two goals and one assist to lead the Monarchs back from a halftime deficit in their 3-1 win against Orange County.

M – Fatawu Safiu, Vancouver Whitecaps FC 2: Safiu scored a spectacular free kick, and was a consistent threat in attack against his former club in WFC2’s 3-1 win in Portland.

F – Hadji Barry, Orlando City B: The former Rochester high school standout scored both goals as OCB took a 2-1 victory against the Rhinos on Sunday evening.

F – Irvin Herrera, Saint Louis FC: Herrera struck four times as his movement off the ball caused havoc for Tulsa’s defense in a 5-2 win for STLFC at ONEOK Field.

FOLLOW THE USL
Every game of the 2016 USL season can be seen live, free and in HD through the league’s official Match Center (www.uslsoccer.com/match-center), with updates from across the league also available via Twitter, Facebook, Vine and Instagram.