USL Productions will include production center, additional content in 2017 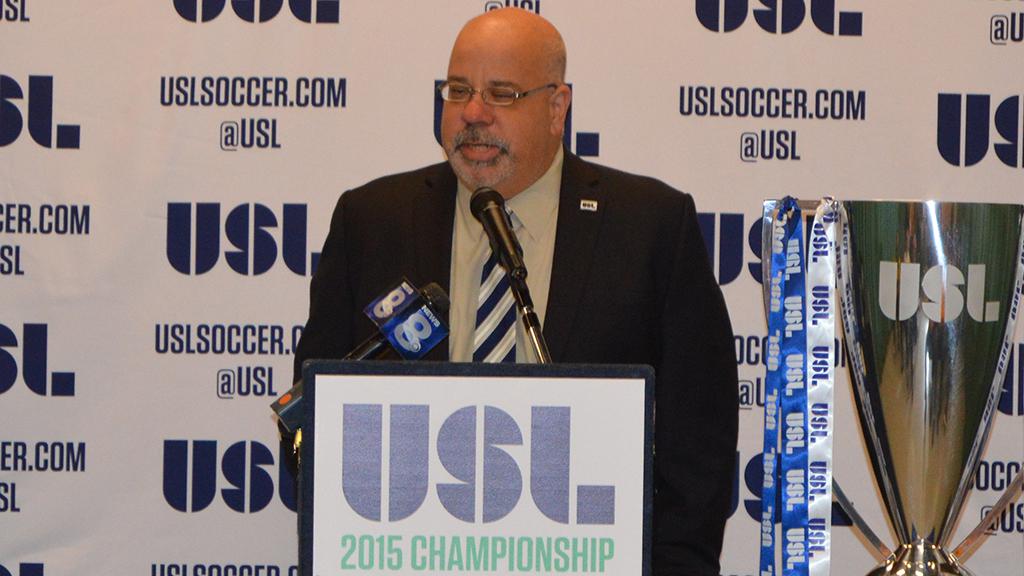 USL Productions will establish a broadcast center in partnership with Vista Worldlink, a multi-national production company based in Fort Lauderdale, Fla., for the new enterprise. The league and its ownership will make a multi-million dollar investment in the new initiative.

“We have a clean slate from a broadcasting perspective, and now we want to take advantage of it building around our content, and then creating the distribution streams for it,” USL Executive Vice President and Chief Marketing Officer Tom Veit told Sports Business Journal’s Ian Thomas.

Vista Worldlink will also assist the USL with archiving past content. Former ESPN Executive Producer Michael Cohen will also work with the league in a consulting role, bringing his experience from the establishment of MLS broadcasts on ESPN and the creation of Soccer United Marketing to the project.

The new production division will have the ability to produce all elements of live game coverage, but will not automatically take over production for teams that already have strong local production deals. The new division will create game recaps and shoulder programming for the league, which will then become available for broadcast digitally and nationally, and also through regional sports networks across the league’s television markets.

“[This is] about creating a floor, as well as providing consistency and also providing this enormous bucket of content that we’re going to pool together,” Veit told Thomas.

Monday’s report follows last week’s announcement of a partnership between the USL and ESPN which will see 20 regular-season games broadcast live on ESPN3 this season, and the USL Championship being broadcast on an ESPN over-the-air network.