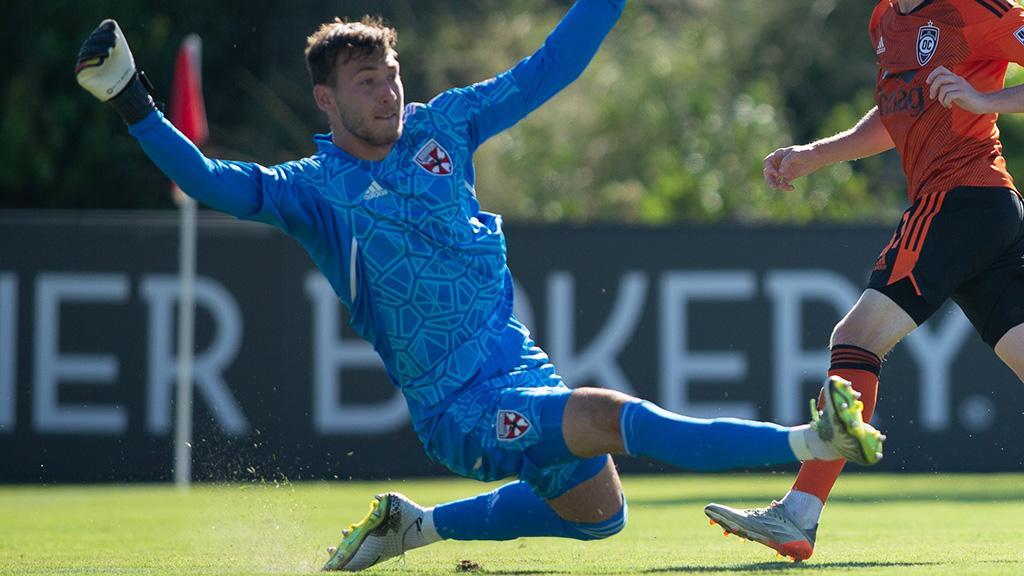 “I wanted to put myself in the most competitive environment this year and with the roster that Coach Ramos is assembling here in Hartford, you can feel that this group is going to be special,” said Rice. “Getting to work with high level pros and coaches, there’s nothing but success to be had here with the right mentality and work ethic.”

Rice comes to Hartford Athletic after spending the majority of the 2022 USL Championship season with Loudoun United FC, while also being loaned to Detroit City FC in September. Across five starts with Loudoun, the 26-year-old made 20 saves and posted a 1.99 GAA. He won USL Championship Save of the Week honors in Week 11 for denying a breakaway chance from Golden Boot runner up Phillip Goodrum (Memphis 901 FC).

“Joe is another excellent addition to our roster,” said Athletic Head Coach Tab Ramos. “He is a hard worker and has shown his ability at the professional level with his many highlight-reel saves. I’m looking forward to having a strong goalkeeper group.”

Rice began his professional career in 2019 when he signed a contract with the Richmond Kickers of USL League One. He signed with the New England Revolution II in 2020, making nine appearances and winning the League One Save of the Year at season’s end. The 6-foot-4 goalkeeper made a miraculous save in a match against Forward Madison FC on September 4, 2020, batting a floating header over the crossbar just inches before it crossed the goal line. Overall, Rice made 29 appearances over two seasons for New England Revolution II in League One.