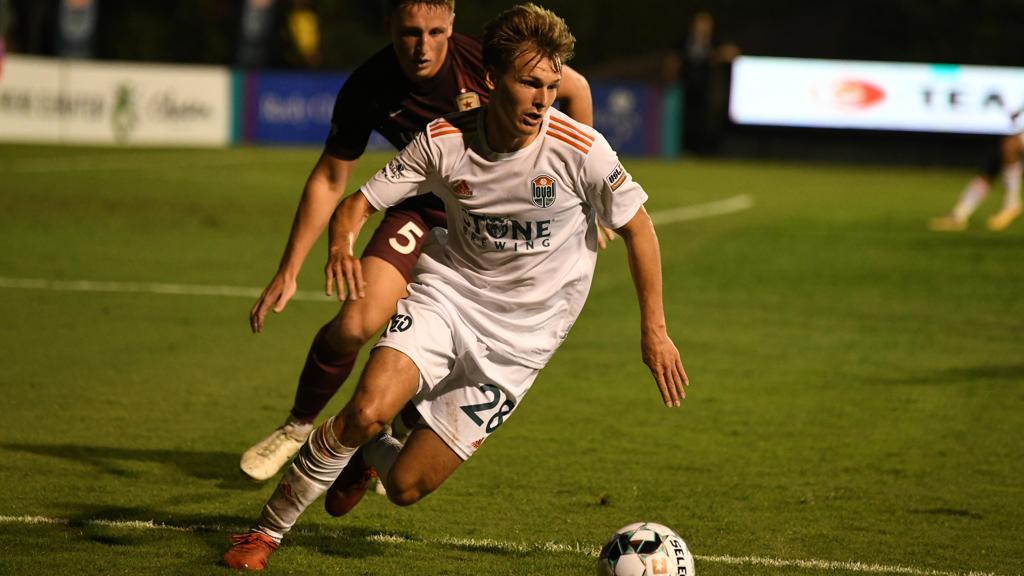 “We are thrilled to bring Blake to San Diego,” said SD Loyal Head Coach Nate Miller. “We know him very well as he was with us on loan in 2021 and performed very well in a short time. He is a perfect fit at wingback for our team. He is an elite crosser, very dangerous in 1v1 moments, and an extremely hard worker. Getting to know him as a person was crucial as we know he fits our culture very well and will be an excellent fit in our community.”

Bodily first began playing with the Portland Timbers 2 in the USL Championship in 2015 as a USL Academy signing. During that span he appeared in 35 matches, scoring four goals. After enrolling at Washington he also competed in USL League Two for the Portland Timbers U-23s before signing professionally with the Timbers in 2020.

The 25-year-old played in 12 MLS matches while also spending time on loan with T2. In 2021, he was acquired on loan by SD Loyal in October and made three appearances for the club, logging 151 minutes of action.