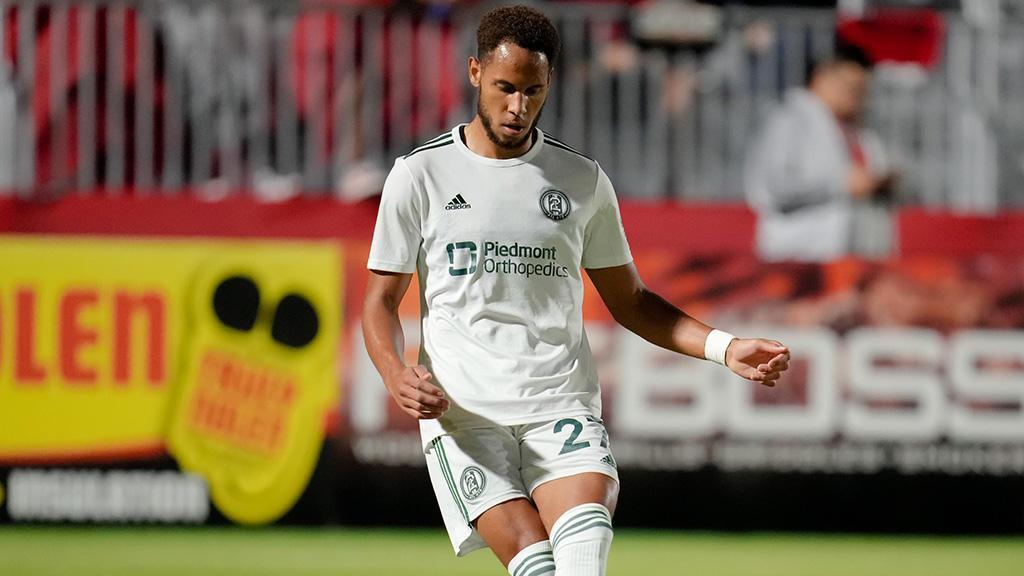 Loudoun United FC has signed defender Bryce Washington, who has previously made 41 appearances in the USL Championship in the past two seasons. | Photo courtesy Ashley Orellana / Phoenix Rising FC

LEESBURG, Va. – Loudoun United FC announced on Friday the club had signed defender Bryce Washington and midfielder Alex Nagy ahead of the 2023 USL Championship season. The transactions are pending league and federation approval.

Washington joins the club having competed for the past two seasons in the USL Championship for Atlanta United 2. Signed as a Homegrown Player by Atlanta United FC midway through the 2021 season, Washington made his professional debut on June 16 against Memphis 901 FC. He went on to make 41 appearances for the side over two seasons, and recorded 75 interceptions, 114 clearances and 161 recoveries while posting a duel success rate of 67 percent.

“Bryce is a very athletic center back, who can really play anywhere across the backline,” said Loudoun United Head Coach Ryan Martin. “He is aggressive in active defensive moments and will allow us to play a highline. With his experience in college and the USL Championship, we are excited to add his talent to our backline.”

Washington played collegiately at the University of Pittsburgh and Rutgers University. Washington spent his last two college seasons at Pitt and helped the Panthers reach the College Cup in the NCAA Men’s Division I Tournament. Pitt went 16- 4-0 during the 2021 spring season and was the No. 2 overall national seed in the NCAA Tournament. Washington appeared and started in all 20 games and recorded four goals and one assist. He was named to Top Drawer Soccer’s Team of the Week a team-best five times and College Soccer News’ Team of the Week twice.

Nagy, meanwhile, joins Loudoun after having previously been selected by D.C. United with the 41st selection in then 2022 Major League Soccer SuperDraft. Electing to return to college at the University of Vermont, Nagy became the fifth Catamount in program history to receive All-America First Team honors this past December as he led the side with nine assists.

“We are excited to welcome Alex to Loudoun United,” said Martin. “We have been scouting him for the last few seasons and he’s coming off a tremendous last season at University of Vermont, where he was an All-American and led the team to the NCAA Elite 8. He has great size, vision, range of passing and can dribble out of tough situations with composure.”