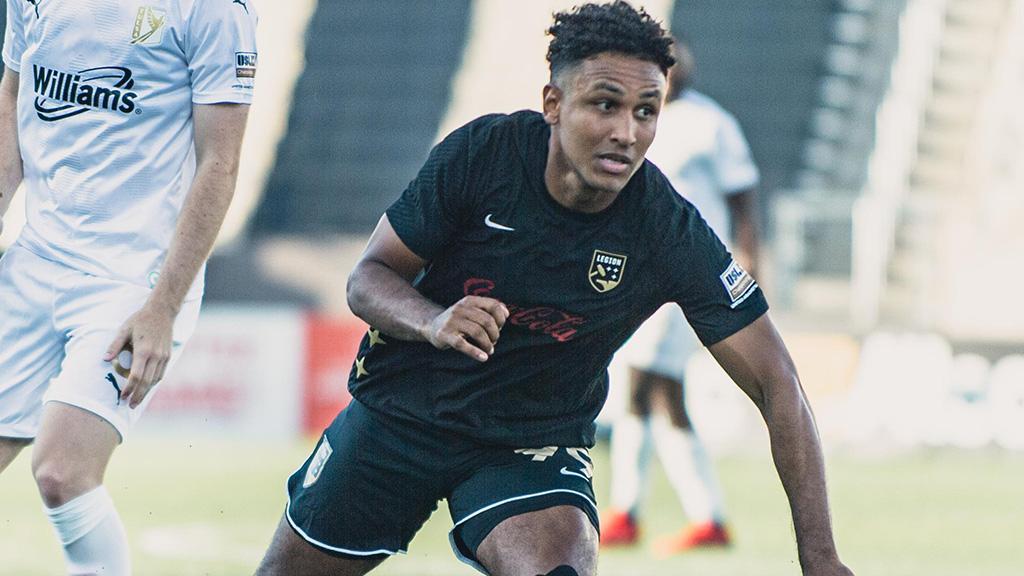 “Keeping Juan in Birmingham was a priority for us this offseason,” said Legion FC President & GM Jay Heaps. “His ability to connect our front line with our midfield raises the level of the entire attacking group.”

The 30-year-old made an immediate impact after joining Legion FC a few games into the season this past April. He recorded seven goals, good for fourth on the team, and five assists, placing him tied for second, in 28 appearances.

Before making the move to Birmingham, Agudelo spent six seasons with the New England Revolution, including playing under Heaps and current Legion FC Head Coach Tommy Soehn. He also earned 28 caps for the United States and was a part of the roster that won the 2017 Gold Cup, scoring three goals and two assists in the country’s colors.

“I’m very excited [to re-sign with Legion FC],” said Agudelo. “I’m ready to build on what we were building last year. I felt like I left with some unfinished business and a core group that’s capable of winning a championship. I’m choosing this return to win a trophy, and get one under my belt, because I believe this team can do that.”

Agudelo made more than 280 appearances from 2010 to 2021 for the New York Red Bulls, Chivas USA, New England, Inter Miami CF and Minnesota United FC in MLS and scored 47 goals to go along with 20 assists. In 2014 he signed with Stoke City in the English Premier League and went on loan to FC Utrecht in the Netherlands Eredivisie where he played 14 times and scored three goals.