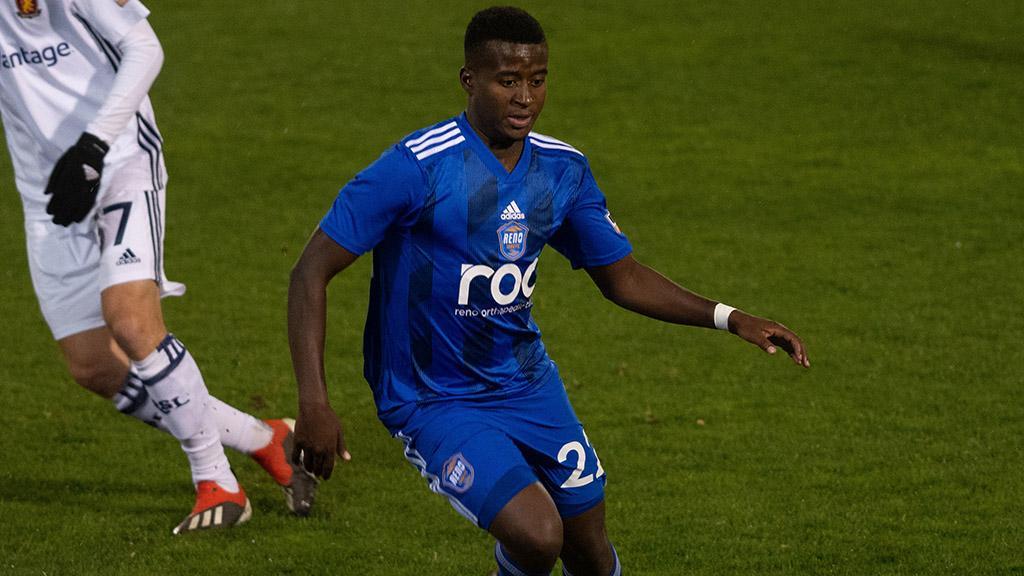 New FC Tulsa signing Siad Haji has made 18 prior appearances in the USL Championship on loan with Reno 1868 FC from the San Jose Earthquakes. | Photo courtesy David Calvert / Reno 1868 FC

TULSA, Okla. – FC Tulsa announced on Thursday the club had signed Somali international Siad Haji, adding the young forward ahead of the 2023 USL Championship season. The transaction is pending league and federation approval.

“Siad is a very gifted player who will be a difference maker on the wing,” said FC Tulsa Head Coach Blair Gavin. “He has the ability to play in tight spaces and can also stretch the game with his pace. This skill set will help us unlock an opponent.”

Haji joins Tulsa having spent the past four seasons with the San Jose Earthquakes, where he made 14 appearances in Major League Soccer and also competed on loan in the USL Championship and MLS NEXT Pro after being selected with the No. 2 pick of the 2019 MLS SuperDraft. He made 18 appearances in the Championship for Reno 1868 FC and scored his first professional goal for the club in 2019 season.

Prior to joining the professional ranks, Haji delivered a stellar junior season at Virginia Commonwealth University in 2018 as he earned Atlantic 10 Midfielder of the Year honors after recording five goals and 10 assists for the side. Haji was also voted to the United Soccer Coachs All-Southeast Region First Team and the Atlantic 10 All-Conference First Team, and signed a Generation adidas contract with MLS prior to the 2019 SuperDraft.

“I’m grateful for the opportunity Tulsa has provided me,” said Haji. “I’m excited to join FC Tulsa and their style of play is what attracted me. I’m excited to make history with my teammates and approach each game to compete and win.”

Internationally, Haji was a member of the United States U-15, U-17, and U-19 National Teams before opting to instead represent Somalia, the home country of both his parents. He was selected to Somalia’s international squad for the first time during the 2021 FIFA Arab Cup Qualifiers and debuted for his country nearly a year later during Africa Cup of Nations qualifications on March 23, 2022. To date, Haji has capped twice for Somalia.