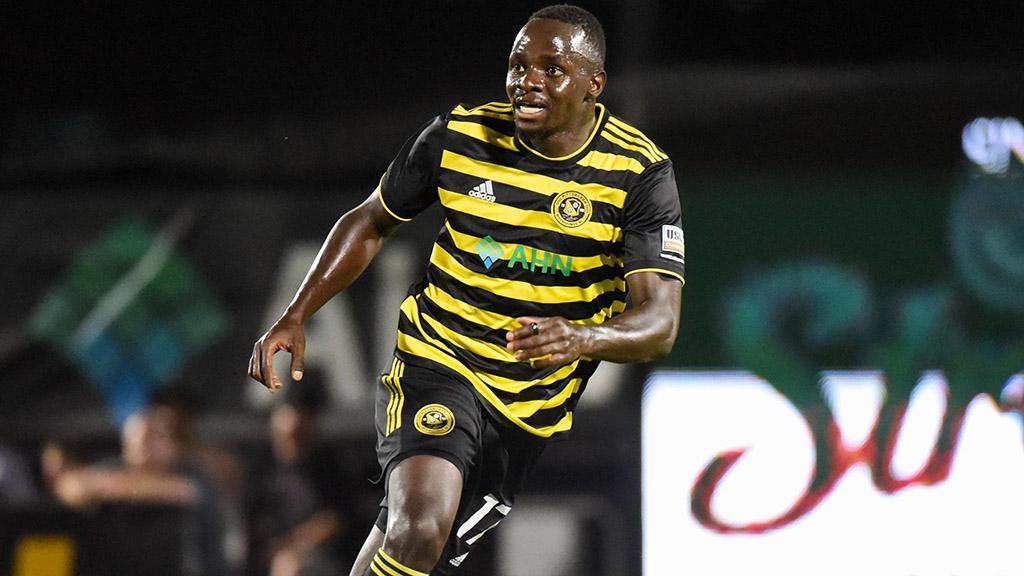 PITTSBURGH – Pittsburgh Riverhounds SC announced on Friday the club had signed forward Edward Kizza on a permanent basis ahead of the 2023 USL Championship season. The signing is pending league and federation approval.

Kizza joined the Hounds last July on loan from Major League Soccer’s New England Revolution. The former First Round MLS SuperDraft selection scored three goals in 12 appearances with the Hounds, two of which came in the team’s dramatic Eastern Conference Quarterfinal against Birmingham Legion FC that saw the Hounds advance in a shootout.

“Kizza brings goalscoring, ideas and mobility up top. He is a forward who works hard for the team, and we are excited to have him back in Pittsburgh for the 2023 USL Championship season,” Riverhounds Head Coach Bob Lilley said.

A native of Uganda, Kizza first arrived in Pittsburgh to play collegiately at the University of Pittsburgh. In three seasons with the Panthers from 2017-19, Kizza scored 31 goals and helped lead Pitt to its first NCAA Tournament appearance in 54 years.

After being drafted by the Revolution in 2020, he made 11 appearances for the MLS club while also spending time on loan with New England Revolution II in USL League One and with fellow USL Championship club Memphis 901 FC. Kizza became a free agent when his loan spell with the Hounds ended at the conclusion of the 2022 season.