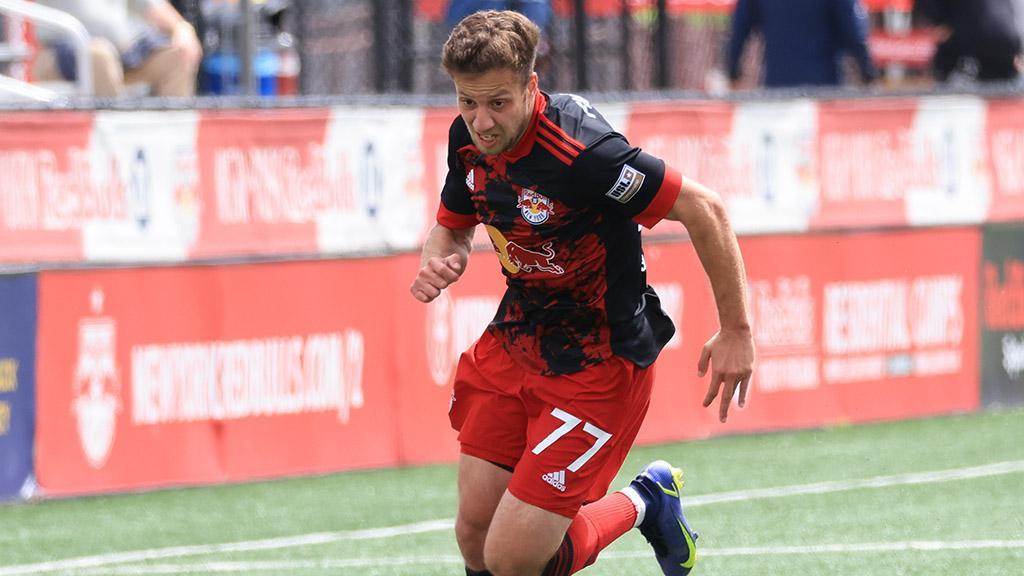 “It’s really exciting for me to sign with my hometown club,” said Filipe. “I have a lot of support here in Connecticut, and I am excited to be able to play in front of my family and friends each week. I want to thank Coach Ramos for the opportunity, and I look forward to being a part of Hartford Athletic in 2023.”

Filipe made his professional debut in the Championship with the New York Red Bulls II last season. The 23-year-old saw consistent playing time, making 21 starts in 31 appearances, and totaled more than 2,000 minutes of action. Filipe scored two goals in a thrilling match against Hartford Athletic at MSU Soccer Park on August 31, which ended in a 3-3 tie.

“Jonathan is a talented young player,” said Athletic Head Coach Tab Ramos. “He is comfortable playing in between lines and can be dangerous with his ability to pass or by finding his own shot. He is a good addition to this roster with lots of potential.”

Filipe had previously played four seasons collegiately at Fairfield, where he made 59 appearances, logged 4,546 minutes, scored 19 goals, and tallied nine assists. He earned a spot on the All-MAAC Rookie team his freshman year and received All-MAAC Second Team honors his senior year. The youngster has a knack for finding the back of the net when it matters most, with six game-winning goals in his collegiate career.

He had previously come through the New York Red Bulls Academy as a youth player. He played for the Under-23 squad during the 2021 USL League Two season, where he scored four goals and collected two assists in eight matches.