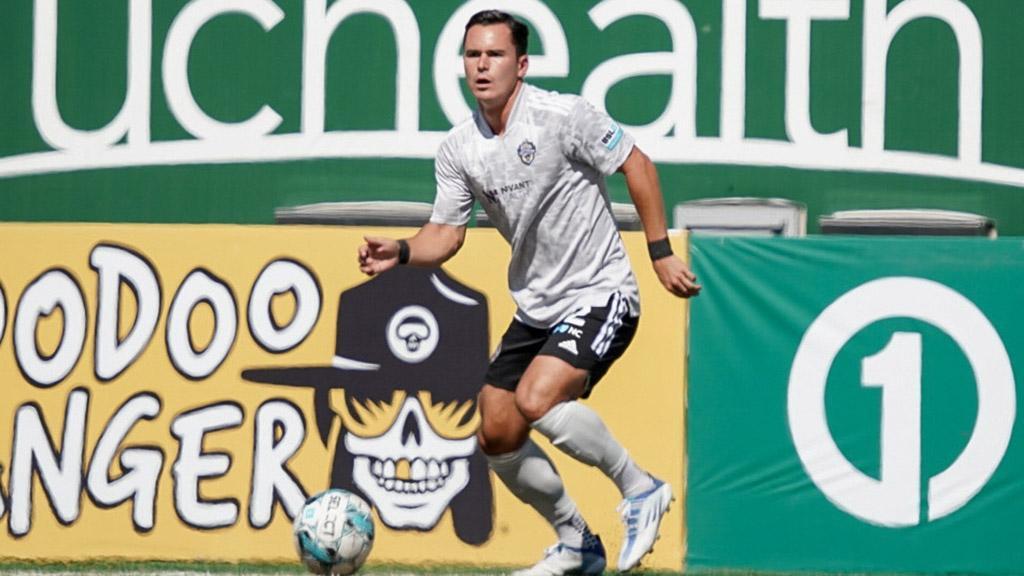 New Loudoun United FC signing Koa Santos made 19 appearances on loan with the Charlotte Independence in USL League One in the 2022 season and notched one goal and two assists. | Photo courtesy Northern Colorado Hailstorm FC

LEESBURG, Va. – Loudoun United FC announced on Friday the club had signed defender Laukoa ‘Koa’ Santos as the club continues to build its squad for the 2023 USL Championship season. The transaction is pending league and federation approval.

“Koa [Santos] was a player we scouted back in his college days, so we’re excited to see him finally join our squad,” said Loudoun United Head Coach Ryan Martin. “He is a talented attacking right back with great wide service. He can also drive centrally, which will give us some unique ways to change our build up from game to game.”

Santos spent then past campaign Major League Soccer’s Charlotte FC, joining the professional ranks with the club ahead of its inaugural season. The Hawaiian recorded an assist in a 5-1 Open Cup win against the Richmond Kickers on May 11, and subsequently made his MLS debut on June 25 in a 2-1 loss against Club de Foot Montreal.

In addition to competing for Charlotte FC in MLS, Santos also saw action on loan in USL League One with the Charlotte Independence. The 23-year-old made 19 appearances for the Independence and notched one goal and two assists while recording 23 interceptions, 24 clearances and 100 recoveries defensively.

Prior to his professional career, Santos attended San Diego State University where he appeared in 58 matches, recording two goals and three assists. Notably, Santos became the first men’s soccer player from the state of Hawaii to play in the Pac-12.