How three Eastern Conference Teams are transforming for 2023

After missing the playoffs, the Charleston Battery, Hartford Athletic and Indy Eleven are undergoing makeovers 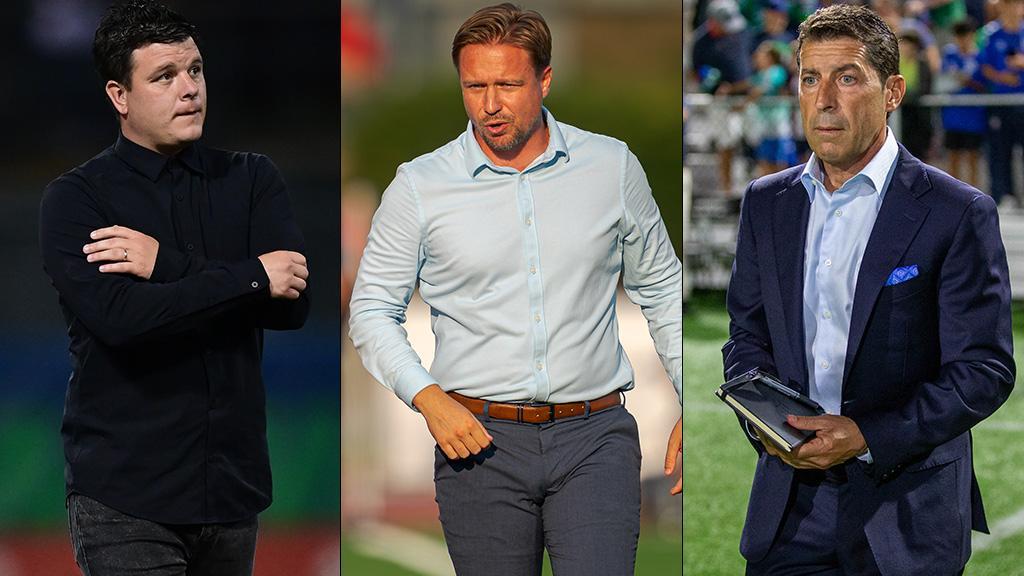 The Charleston Battery's Ben Pirmann, Indy Eleven's Mark Lowry and Hartford Athletic's Tab Ramos have already been busy this offseason adding new players that could drive their clubs back into playoff contention in 2023.

Being part of a team that misses the postseason is a miserable place to be.

That’s certainly been the case for the USL Championship’s Charleston Battery, Hartford Athletic and Indy Eleven, all of which have made significant moves to try and return to the playoffs in the upcoming campaign.

While there are more moves needed for all three, the new arrivals each has signed so far this offseason look ready to complement the returning groups at their respective clubs.

As preseason approaches, here’s a look at a prospective starting lineup for all three. 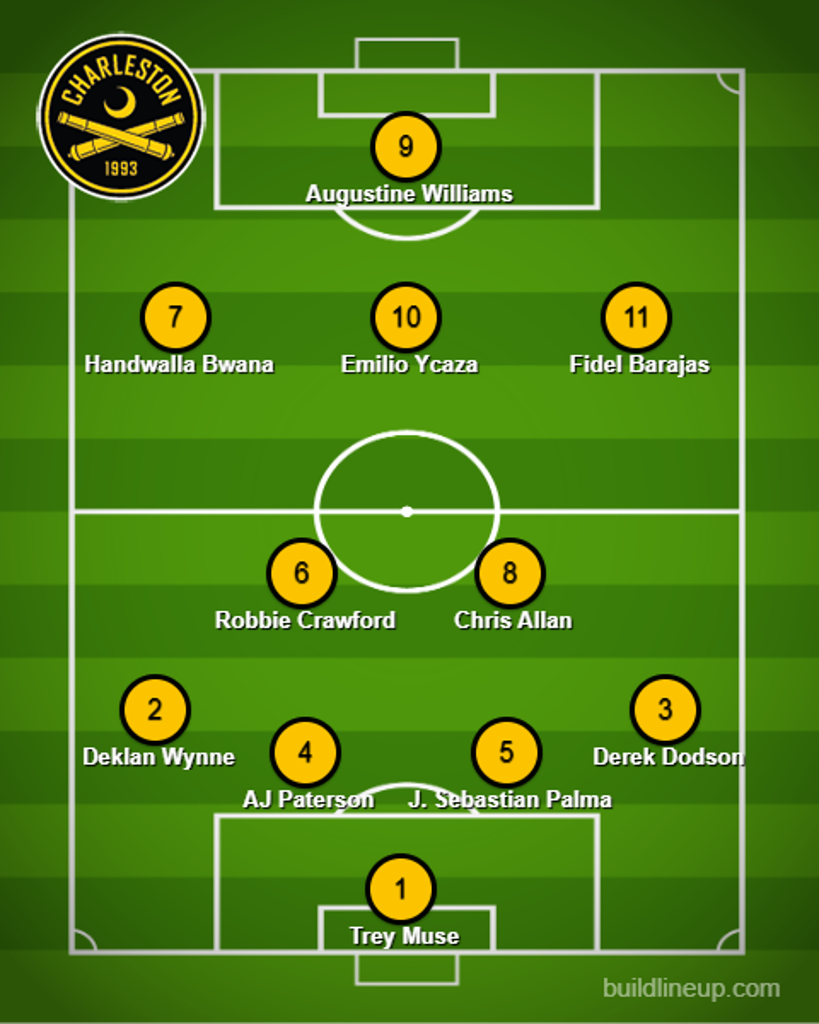 As we’ve already written, the arrival at Patriots Point of 2022 USL Championship Coach of the Year Ben Pirmann is one of the biggest storylines of the offseason so far, offering real belief that the Battery can return to their former glory.

Pirmann has been active in bringing aboard some available contributors from his last stop at Memphis 901 FC so far, especially with the aim of shoring up a defense that conceded the second-most goals (77) in the Championship a season ago. Four of our five starters here in the back line are new, with goalkeeper Trey Muse, left back  Deklan Wynne, center back Juan Sebastian Palma and right back Derek Dodson taking spots. We’ve got AJ Paterson slotted in at left center back for now, but Leland Archer certainly will continue to challenge for starter minutes as well.

Further forward, we’ve got more to build with as new arrival Handwalla Bwana steps into a left-sided role alongside fellow new arrival Emilio Ycaza centrally, with 2022 late-season arrival and Mexico U-17 international Fidel Barajas on the right behind All-League striker Augustine Williams. Another former 901 FC player in Chris Allan then slots into a midfield duo alongside the versatile Robbie Crawford, giving the Battery and Pirmann a solid foundation to build on. 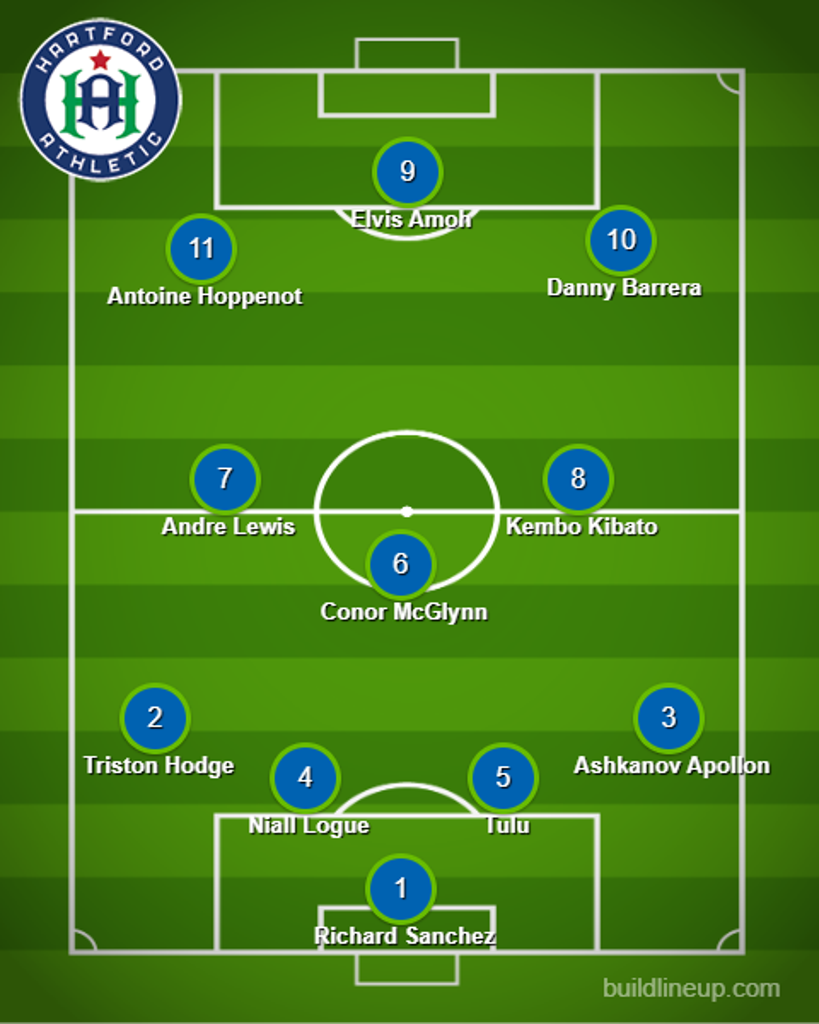 Officially, Tab Ramos took the reins at Hartford Athletic last September, but this offseason is where the former Houston Dynamo FC and United States U-20 Men’s National Team coach has had his first chance to make a real imprint on the team. He and the club’s front office certainly look to be on the right track, with a revamped attacking group the highlight of Hartford’s offseason rebuild so far.

The Athletic have only had one double-digit goalscorer in a single season in their history, Juan Carlos Obregon Jr., who notched 10 goals in 2021 but this offseason headed for Honduras top-flight club Motagua. In his stead, Hartford has brought in two players who figure to change that. The first is center forward Elvis Amoh, who has bagged 13 goals in each of the past two seasons for Rio Grande Valley FC (2021) and Colorado Springs Switchbacks FC (2022). The second is last season’s Assists Champion and longtime Championship standout Antoine Hoppenot, who has 82 combined goals and assists in the Championship’s regular season. With fellow playmaker Danny Barrera returning to the fold, there’s a trio that can boost an attack that ranked 19th in the league last season.

There are some other interesting additions as well, including full back Triston Hodge and center back Niall Logue, who figure as of now to make up the left side of the defense in front of new goalkeeper Richard Sanchez. The arrival of Kembo Kibato from FC Tulsa should be a solid one as well, allowing Andre Lewis the opportunity to join the attack more regularly in a potential 4-3-3 set-up. 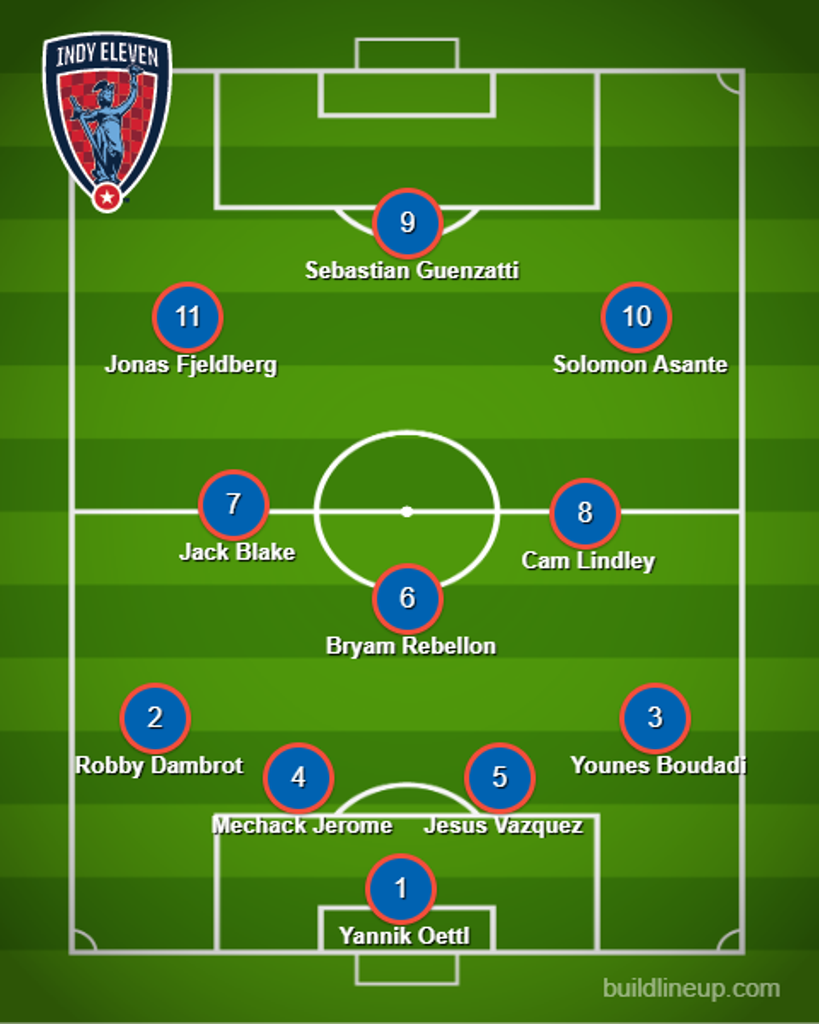 From this perspective, there are five likely new starters that have been added so far to Indy Eleven’s squad for the 2023 season, three being 2021 All-League selection Sebastian Guenzatti and 2022 All-League selection Cam Lindley, and former Championship title winner Jack Blake. In the bigger picture, this is a far different lineup than began the 2022 campaign as Head Coach Mark Lowry and his staff made regular moves to retool over the past 12 months, including notable arrivals Solomon Asante, Robby Dambrot, and Jesus Vazquez.

As it stands, there are only two players from last year’s opening day lineup in the projected current lineup (center back Mechack Jerome and midfielder Bryan Rebellon). The addition of Lindley in midfield is the most eye-catching, with the Indiana native’s experience driving the Switchbacks to success last season likely to be an essential ingredient to Indy’s pursuit of a return to the playoffs. Bringing in Blake completes a strong midfield trio, while Jonas Fjeldberg might feel like a new arrival as well after his successful loan stint at Rio Grande Valley FC over the second half of the past season.

Add one of the league’s most prolific goalscorers in Guenzatti, whose 75 goals and assists across the regular season and playoffs since the start of 2019 rank only second to new teammate Asante on 80, and you have a lineup capable of doing damage. One of the league’s best-supported clubs, Indy has misfired over the past three seasons. With this new core in place, the Boys in Blue can be a serious challenger again.