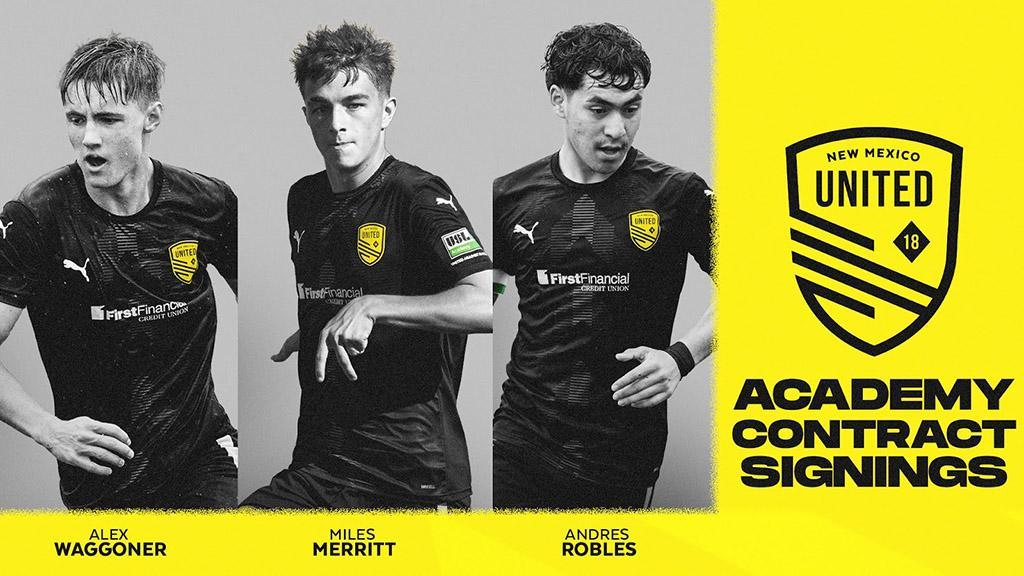 The trio of New Mexico natives will make their first steps into the First Team this season after standing out in the USL Academy League this past year. As USL Academy signings, all three players will be eligible to compete for the club’s First Team while maintaining NCAA eligibility.

“We are excited to sign Miles, Andres and Alex who consistently exemplify our ethos,” said United Head Coach/Technical Director Zach Prince. “This has earned them the opportunity to sign Academy contracts for the 2023 season. This is a testament not only to the players, but the Academy staff as well. The improvement we’ve seen in our Academy this year has been a massive step in the right direction.

“We have not only made a positive impact on the field, but also in the classroom and the community. These three players have set the standard for the Academy in all of these areas, and we look forward to seeing their continued progress.”

Waggoner joined the United Academy last season after outstanding success at the high school level, where he was voted the 2021-22 Gatorade New Mexico Boys Soccer Player of the Year award after leading Santa Fe High to a state title. Despite an injury early in his United career, Waggoner rallied to become a force for the side. He earned the Golden Boot at the USL Academy Playoff Tournament with six goals and three assists. His efforts also earned him the 2022 Offensive MVP Award for the United Academy. 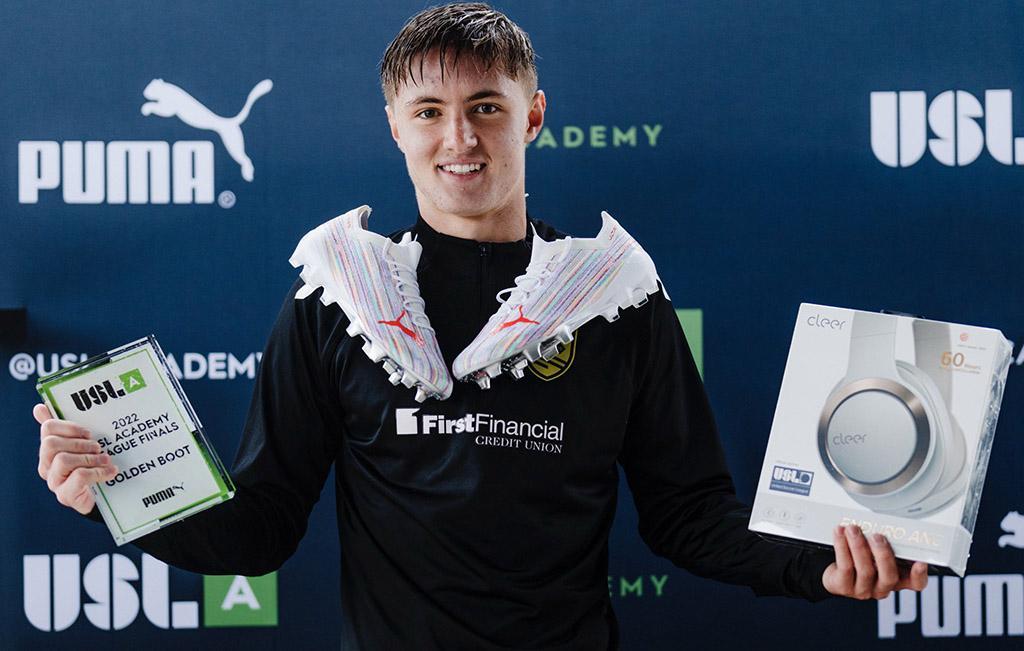 “Alex Waggoner has shown he is a consistent goal-scoring threat at the Academy level,” said Prince. “He is committed to being a leader on both sides of the ball with his willingness to press defensively. He has an opportunity to make a massive step in his game this year. We are very excited to help him progress in his young career.”

Merritt was selected to the USL Academy League Finals All-Tournament Team after a stellar campaign in the center of midfield. He joined the United Academy in August of 2021, and has been a leader ever since. During the 2022 season, Merritt’s calmness under pressure helped the Academy to a fifth-place finish in the Playoff Division.

“Miles Merritt has shown the most improvement over the last 12 to 16 months in our Academy program,” said Prince. “His comfort level on the ball has remained consistent and is still improving while he has taken the biggest step defensively. He has added an ability to press as a central midfielder and break up play. Coupling that with his ability on the ball, I am thrilled to see how he approaches the challenge of competing with professionals every day.”

Robles was the 10th signing in the history of the United Academy in February, 2021. Since that time, he has become a staple with the club, recording more minutes played than any player in Academy history. In addition, Robles earned a call-up to the United U-23 roster during the 2022 USL League Two season where he proved a key figure in the side’s success in its inaugural campaign. Robles earned an Academy Contract in 2021, as well, and is no stranger to training with the United First Team.

“Andres Robles is one of the founding players of our Academy,” said Prince. “He has all the tools to be a top midfielder. Helping him have a similar personality with the first team that he has with the Academy is key for Andres. Being with the first team everyday will allow him to show his quality more often at the professional level. I am excited to help Andres reach a different level in his game during the 2023 season.”