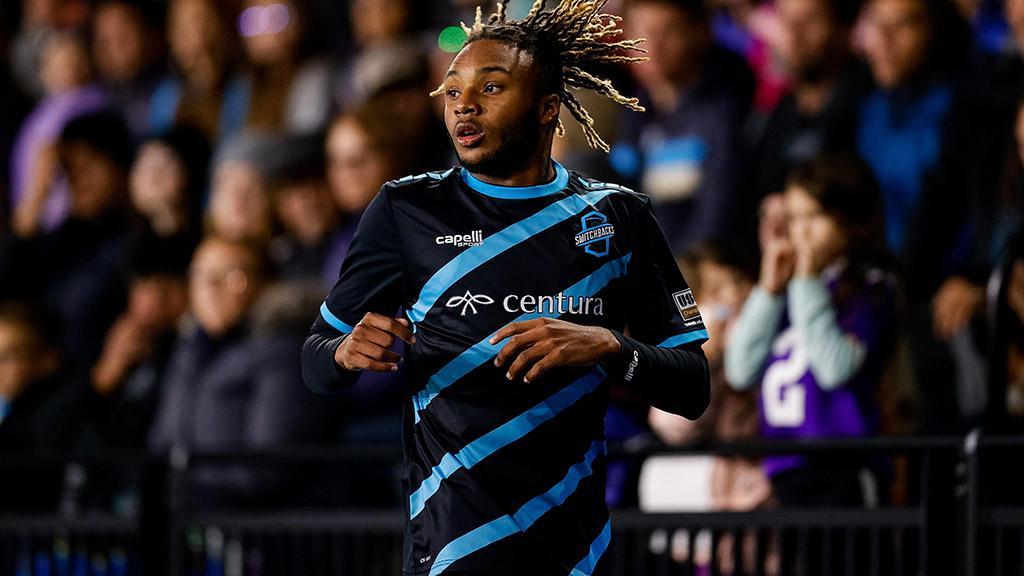 COLORADO SPRINGS, Colo. – Colorado Springs Switchbacks FC announced on Thursday the club had transferred defender Isiah Foster to Major League Soccer club FC Cincinnati ahead of the 2023 season. The transaction is pending league and federation approval, and terms of the transfer will not be disclosed per club policy.

Foster made 25 appearances for the Switchbacks in his first season in the professional ranks, and recorded one goal in the club’s 2-0 victory against FC Tulsa on April 23. Foster won 30 tackles – tied for third on the team – at a success rate of 76.9 percent defensively while making 13 interceptions, 32 clearances and seven blocks, and posted a duel success rate of 57.1 percent.

Following his standout campaign, the Switchbacks elected to exercise Foster’s contract option for the 2023 season before his move to the top flight.

“I am excited to take this next step in my career and look forward to playing for this club,” said Foster. “It is with great pride and optimism that I put on this jersey. I am committed to working hard to improve my game and doing whatever I can to help the team achieve success. I can’t wait to meet the fans and represent Cincinnati.”

“Isaiah is a great example of a player recognizing the value of getting first team games at a young age in the USL Championship in order to showcase himself,” said Switchbacks Head Coach and GM Brendan Burke on the sale. “It was evident to our whole staff early on that between his intelligence level, his athleticism, and his technical ability, he has the chance to go far in this game. His parents deserve a ton of credit for supporting what could have seemed like a risky move in the beginning to join us here and making him the man he is. I couldn’t be more excited for him to work with the fantastic staff that Cincinnati have assembled at the MLS level and I can say with confidence that he will always have fans in Colorado Springs.”

The 19-year-old had previously competed for Bethesda SC of the U.S. Soccer Development Academy where he won two championships at the Dallas SuperCopa and Dallas Cup.

“Isaiah is a young player with great potential,” said Chris Albright, FC Cincinnati General Manager. “His understanding of the game, athleticism, and willingness to improve, make him a great fit with our defensive group. He demonstrated great maturity in his first year as a professional, and we’re excited to get to work with him here in Cincinnati.”