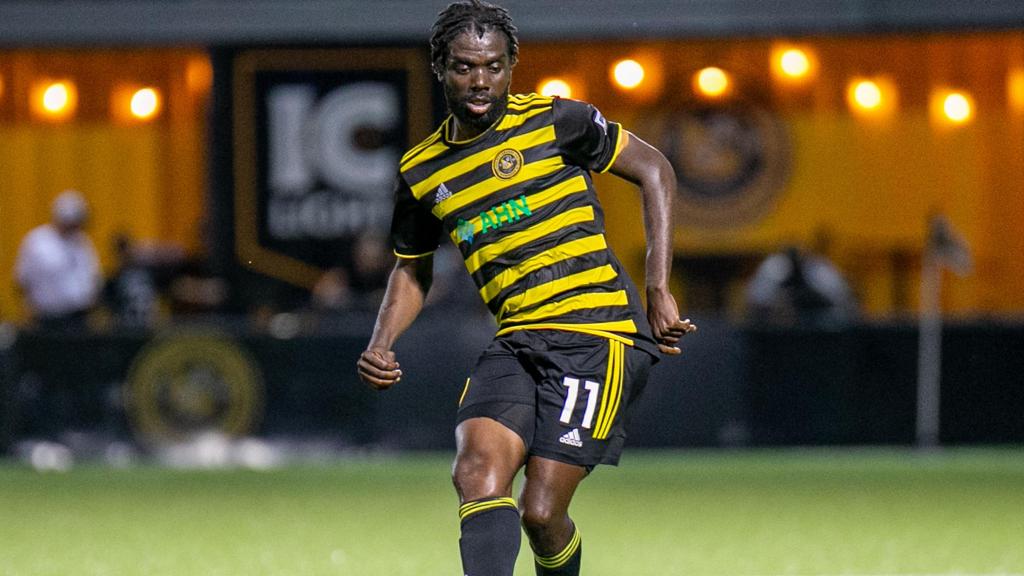 PITTSBURGH – Pittsburgh Riverhounds SC and midfielder Kenardo Forbes have agreed to a new contract that will keep the Hounds’ all-time assists leader and longest-tenured active player on the field in Pittsburgh for a sixth season in 2023. The new contract is pending USL and U.S. Soccer Federation approval.

Forbes is the USL Championship’s all-time assists leader with 55 regular-season assists, and he is coming off a career-best 10-assist season in 2022, also adding one in the postseason. Since joining the Hounds before the 2018 season, the 34-year-old has accumulated a record 44 assists in all competitions and has appeared in 155 matches, the fourth-most in team history.

“Kenny continues to be a major asset to this organization on and off the the field,” said Hounds Head Coach Bob Lilley. “His consistency of performance since his arrival to the USL Championship is unmatched, and his positive impact on all those around him make him a very important part of the club moving forward.”

His steady, creative play in the midfield has led to national recognition for Forbes, who is a six-time USL Championship All-League selection, including all five of his seasons with the Riverhounds. He also was one of three MVP finalists in 2019, and last season, the Hounds’ captain was selected to the Championship’s All-League Second Team.

In addition to his playmaking, Forbes also has 17 goals in five seasons with the Hounds, and he was one of only two players to appear in all 34 regular season matches for the club this past campaign.

A native of Kingston, Jamaica, Forbes is a former Jamaican international who first came to the U.S. in 2011 to play with the indoor Syracuse Silver Knights. In 2015, he entered the USL Championship playing for Lilley with the Rochester Rhinos, where they won the league title in their first season together.