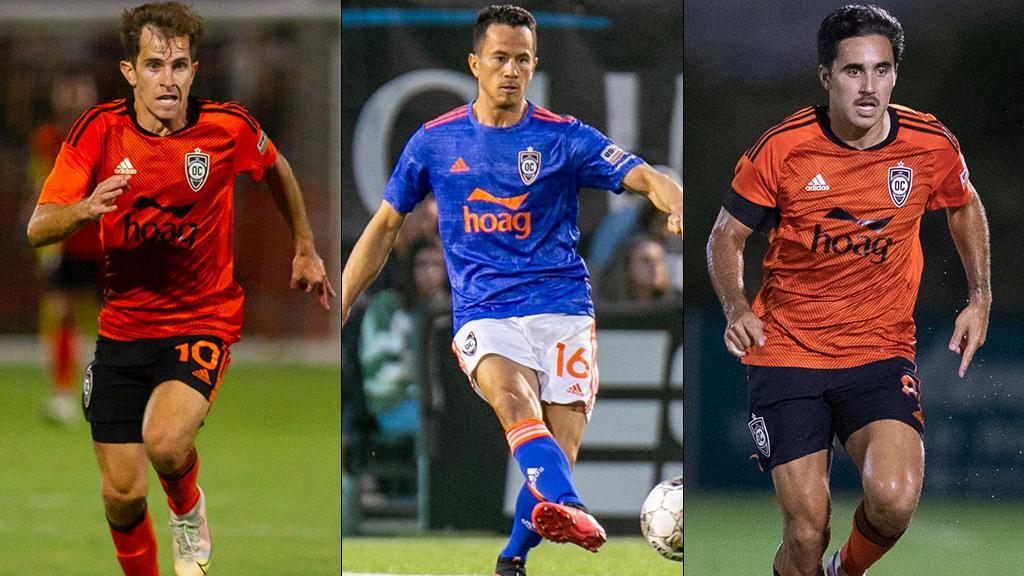 IRVINE, Calif. – Orange County SC announced on Tuesday it had re-signed defender Brent Richards and midfielders Brian Iloski and Seth Casiple ahead of the 2023 USL Championship season. The transactions are pending league and federation approval.

Iloski returns for his fourth season at the club having made 65 appearances across the regular season and playoffs over the past three campaigns. The 27-year-old notched four goals and two assists this past season across 14 appearances and has recorded more than 5,500 minutes of action in the USL Championship overall.

Casiple is also set for his fourth campaign for Orange County, and this past season made a career-high 32 appearances in the regular season while recording 1,981 minutes. A central midfielder, Casiple won 24 tackles and made 23 interceptions and recorded five assists and 33 chances created during the campaign. The 29-year-old had previously competed at Reno 1868 FC, where he notched 12 goals and 13 assists in 89 appearances.

Richards joined his former Reno teammate Casiple in Orange County in 2021 and this past season recorded 20 appearances and 1,302 minutes of action. The 32-year-old Oregon native has made 186 regular-season appearances in the Championship over his career, recording 10 goals and 24 assists. This past campaign he won 14 of 17 tackles and made 28 interceptions and 42 clearances to continue a stellar career.