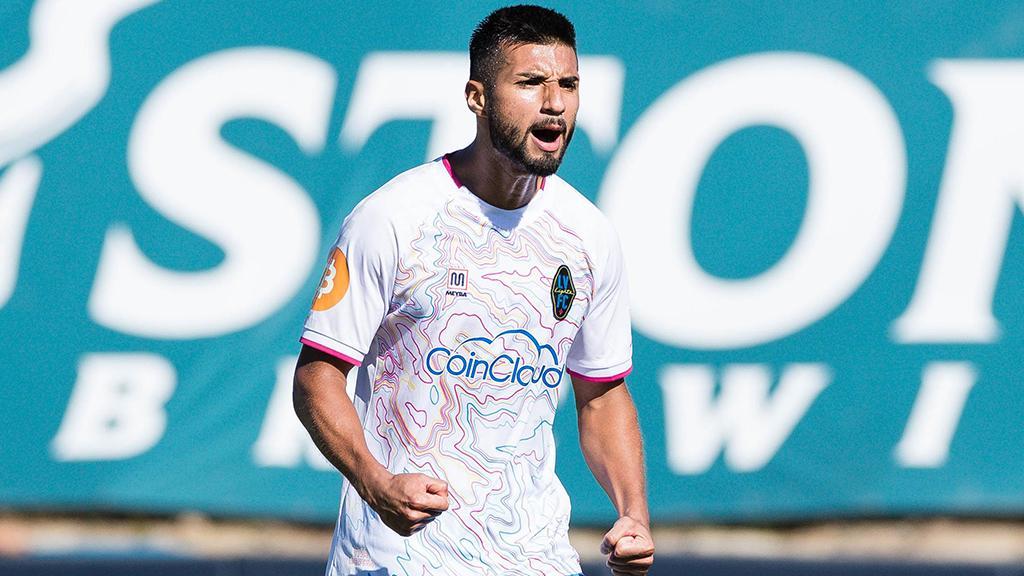 SEASIDE, Calif. – Monterey Bay F.C. announced on Tuesday the club had signed defender Alex Lara ahead of then 2023 USL Championship season, bringing much-needed depth to the club on the back line ahead of its second campaign in USL Championship. The signing is pending league and federation approval.

A native of Azusa, Calif., Lara spent the past season with fellow Championship club Las Vegas Lights FC, where he recorded the second-most minutes on the team with 2,862 across 33 appearances. He added team-highs in clearances (158) and blocks (33), while also adding 53 interceptions and 44 tackles won defensively. Lara finished the year with an 83.2 percent passing accuracy rate and one goal.

The 24-year-old had previously spent two seasons in then Championship competing for Hartford Athletic, where he made 29 regular season appearances and logged 1,764 minutes of action.

Prior to joining the professional ranks, Lara played collegiately for California State Northridge from 2017-2019. After earning Second Team All-Big West honors in his final collegiate season before signing with the Athletic. While in Hartford, Lara played the 2020 season as teammates with current Monterey Bay F.C. winger Alex Dixon, and the ensuing 2021 season with the Crisp and Kelp’s first-ever signing, Walmer Martínez.

“I am super excited to sign with Monterey Bay. I’m ready to get to work and do what I can to help the team,” said Lara. “I am looking forward to playing for [MBFC Head Coach] Frank [Yallop]. He has a lot of experience as a coach and as a player so I’m ready to learn as much as I can from him. I’m also looking forward to meeting the guys on the team and competing with the MBFC family.

“I have a couple of friends on the team that I have played with previously in Alex and Walmer and they’ve said great things about the club. My personal goal for next season is to do my best to help the squad make the playoffs and go on a run in the postseason.”