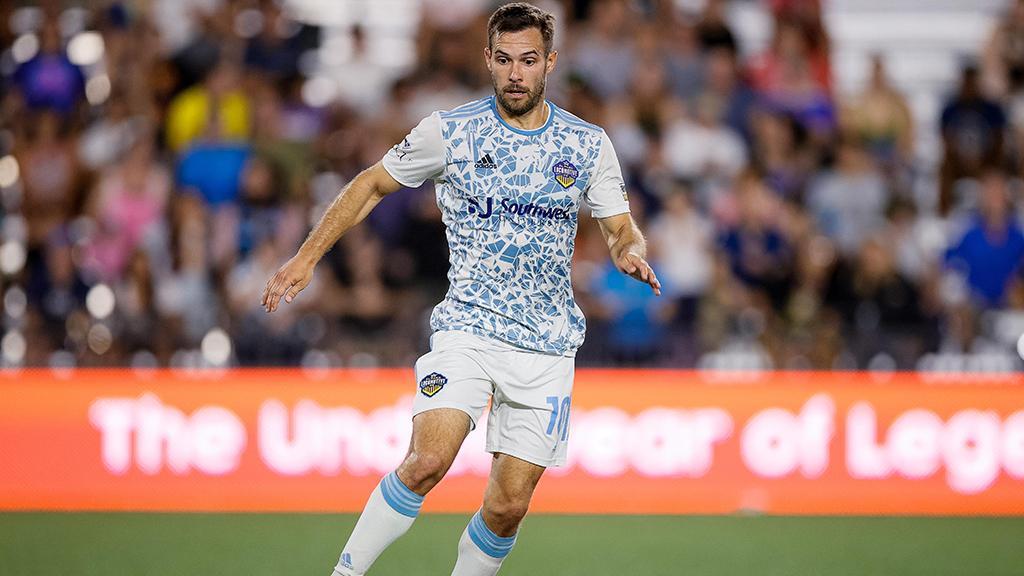 LOUISVILLE, Ky. – Louisville City FC announced on Tuesday the club had signed midfielder Dylan Mares, marking the first new arrival to the club this offseason as it prepares for the 2023 USL Championship season. The signing is pending league and federation approval.

Mares poured in a career-high 10 goals during his third and final season for fellow USL Championship club El Paso Locomotive FC during the 2022 campaign, and also notched five assists while sitting second on Locomotive FC’s outfield corps with 2,395 minutes played.

“We are excited to add Dylan to our roster,” said LouCity Head Coach Danny Cruz. “He is a player we know very well and, when going through our process, felt would be a great addition to our group. When you look at his quality with the ball at his feet and his ability to have success in the final third, he is someone who can have an important impact within the group. We are looking forward to having him and his family here in Louisville.”

Born in Michigan, Mares grew up outside of Indianapolis, winning the 2009 IHSAA state title with Zionsville Community High School. He went on to play collegiately for the University of Louisville and Indiana University before embarking on a professional career going on a decade.

“I’m very excited to sign with LouCity,” said Mares. “Louisville has an immense amount of meaning for my family and me. We have a lot of family and friends from here, and I’m eager to play in front of them. The fans and the organization are incredible, and I’m very happy to be part of such a tremendous club. I look forward to meeting the players, staff and other members of the organization.

“It’s a club with high standards to win every year, and I’m excited to help continue that.”