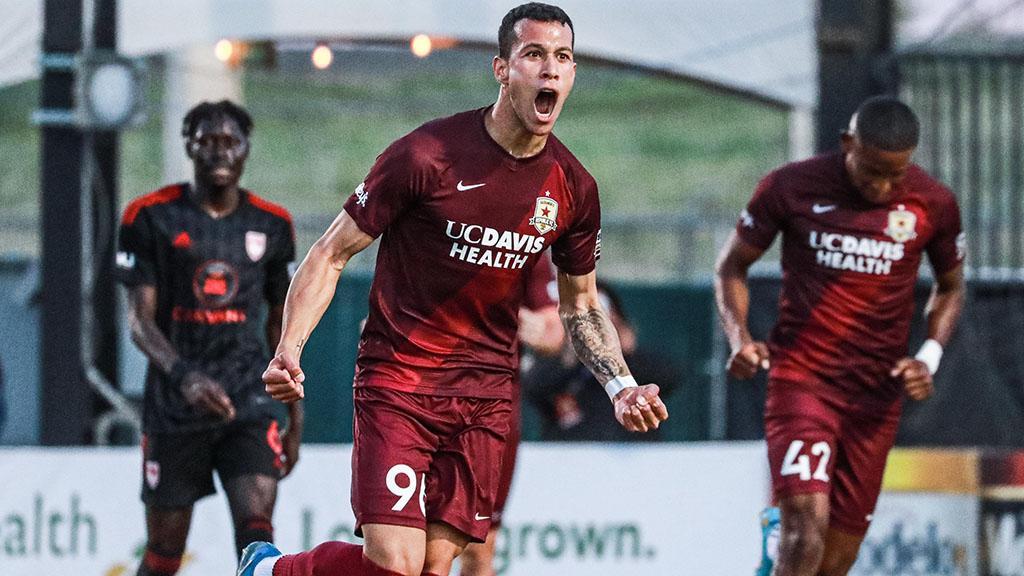 SACRAMENTO, Calif. — Sacramento Republic FC announced on Tuesday the club had re-signed midfielder Luis Felipe Fernandes to a multi-year contract ahead of the 2023 USL Championship season. The transaction is pending league and federation approval, and per club policy the terms of the contract were not disclosed.

“Luis Felipe has become an integral part of our club these past two seasons and has been an absolute workhorse in our midfield,” said Republic FC President and General Manager Todd Dunivant. “Luis’ tenacity is contagious, and he showed time and again that he shines brightest when the stakes are highest. We are delighted to bring him back to represent our badge.”

The 26-year-old midfielder joined Republic FC ahead of the 2021 season. In his two seasons with the club, Fernandes has led the team across several statistical categories in league play, including successful tackles, duels won, and interceptions. He also eclipsed 2,000 minutes of action in both campaigns, leading the team in appearances (33) and minutes played (2,608) in 2022. On the offensive end, he added seven goals and four assists and maintained a 78 percent passing accuracy rate.

His play not only made him one of the team’s most consistent players, but also earned him praise across the league and among his teammates and coaches. Over both seasons, he earned five selections to the USL Championship Team of the Week, won the three fan votes for Goal of the Week honors, and took home Goal of the Month honors twice. In 2021, he was named Republic FC’s Team MVP and Defensive MVP, and was awarded the team-voted Play of the Year.

Fernandes also had standout performances during Republic FC’s historic run to the 2022 U.S. Open Cup Final. In his six tournament appearances, the New York native netted three goals – all game winners – in consecutive matches in the Round of 32, Round of 16, and most notably his 70th minute game winner against MLS side LA Galaxy in the Quarterfinals, punching Sacramento’s ticket to the Semifinal Round for the first time in club history and earning him the distinction of being voted TheCup.us Player of the Round. He also converted his penalty in the Semifinal shootout against Sporting Kansas City on July 27.