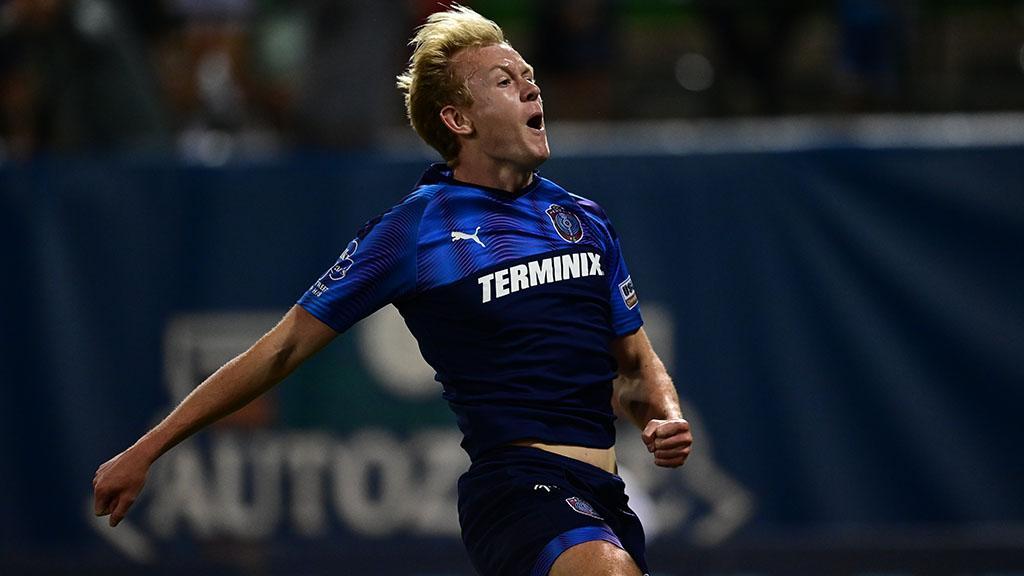 The Charleston Battery have signed midfielder Chris Allan, who this past season made 30 appearances while helping Memphis 901 FC finish second in the Championship's Eastern Conference. | Photo courtesy Memphis 901 FC

CHARLESTON, S.C. – The Charleston Battery announced on Tuesday the club had signed English midfielder Chris Allan to a multi-year contract, pending league and federation approval. Allan becomes the 14th member of the Battery’s 2023 roster as it builds toward the new USL Championship season.

A product of the Sunderland A.F.C. academy and native of Jarrow, England, Allan spent the 2022 season with fellow USL Championship club Memphis 901 FC and was a valuable part of its second-place finish in the Eastern Conference standings.

Allan made 30 appearances in the regular season, tallying one goal and two assists. He came off the bench to score the opening goal in Memphis’ 3-1 playoff victory against Detroit City FC in the Eastern Conference Quarterfinals.

“Going into another season with Coach Pirmann, along with the returning group of players at Charleston, is a privilege,” said Allan. “Coach Pirmann is great at creating a positive, hungry culture that I’m thrilled to experience again, now with the Battery. Each week we will continue to grow and that mindset will stay throughout the season.”

Allan is capable of being deployed in central and defensive capacities in the midfield. Last season with Memphis, the 24-year-old registered 18 chances created, 23 tackles won, 14 interceptions and 82 duels won. He was 901 FC’s second-most accurate passer at 83.7%.

“I’m thrilled to be able to work with Chris again, he embodies exactly who a Charleston Battery player is, both on and off the field,” said Charleston Head Coach Ben Pirmann. “In his two seasons in the USL Championship, Chris has shown that he is a winner. He is an excellent passer and helps the midfield in a multitude of ways.

“Not only does he keep possession at an exceptional rate, but he’s also clever at finding space and controlling the tempo. Chris played a few different positions across midfield last season, his ability to control the game and recover the ball makes him a valuable resource.”

Prior to Memphis, Allan spent the 2021 USL Championship season with Atlanta United 2 where he made 18 appearances (17 starts) during his rookie campaign. He had previously played collegiately at the University of Charleston in West Virginia for one season, helping the Golden Eagles win the 2019 NCAA Division II National Championship. He was named Most Outstanding Defensive Player for the tournament and was an All-Tournament and All-Conference First Team selection.